Alex Bowman considers himself a character and he plans to honor another in NASCAR history at the “Throwback” weekend at Darlington (S.C.) Raceway.

Bowman, who drives the No. 88 Chevrolet for Hendrick Motorsports in the Cup Series, will run a paint scheme that honors the late Tim Richmond, also a former driver with HMS.

“It’s pretty cool. I feel like everybody wants to be a little bit like Tim Richmond,” Bowman said Friday at Michigan International Speedway. “So, it’s a really neat paint scheme. I think having Axalta willing to do that is really cool in bringing those iconic colors back is really neat.

“The car looks great. The fire suit is really cool as well. I’m really looking forward to it. It would have been his 64th birthday today, so that’s why we picked to announce it today. I’m excited about it.”

The colors of Bowman’s car at Darlington pay tribute to the Folger-sponsored No. 25 he drove at HMS. Before the announcement, a video was played featuring HMS owner Rick Hendrick and Bowman talking about Richmond’s impact on the sport.

“He’s definitely a character, for sure. I’ve obviously never met him or anything but just hearing stories. There’s a lot of people at Hendrick Motorsports that worked with him or around him,” Bowman said of Richmond. “So, there are a lot of stories that get told and it’s pretty interesting.

“If I was a race fan (then), that’s who I would have cheered for. I’m pretty introverted. I kind of stick to myself. I’m not like Tim in that sense. I’m not as outgoing and flamboyant as he was.

“But, if I was a fan, that’s who I would have cheered for and it’s pretty cool to get to run his paint scheme.” 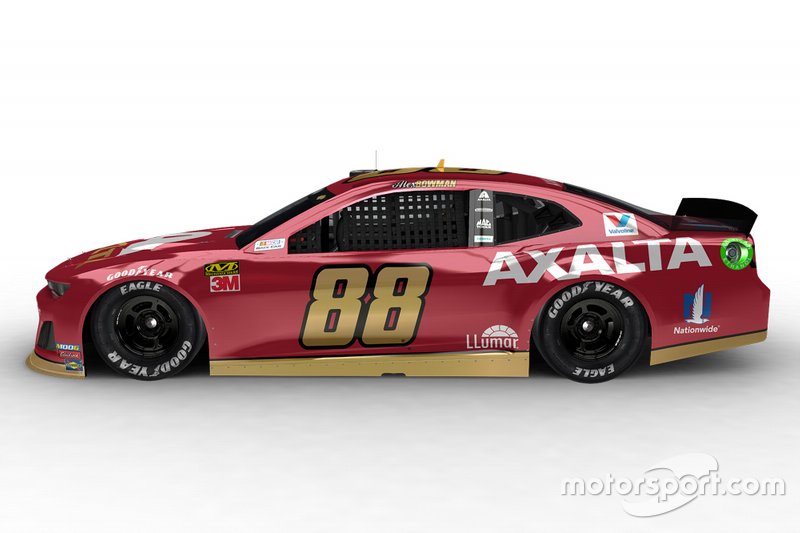 Richmond died in 1989 at age 34. He was named one of the 50 Greatest NASCAR Drivers in 1998 and was inducted into the International Motorsports Hall of Fame in 2002.