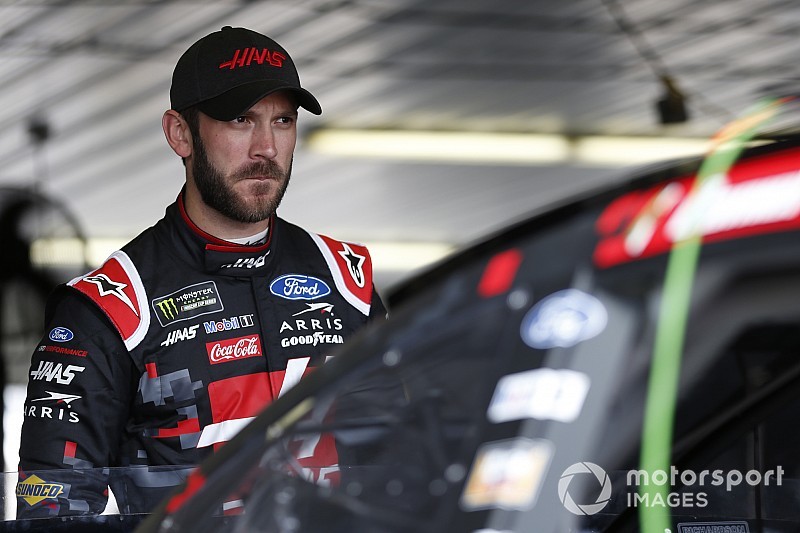 Daniel Suarez continued his streak of strong Friday runs by leading the way in the first practice session at Michigan International Speedway.

Suarez, who has been fast in practices at both Charlotte and Pocono in recent weeks, topped Friday’s first session at Michigan with an average lap speed of 188.882 mph.

Michigan was the site of Suarez’s first NASCAR Xfinity Series win June 2016, when he became the first Mexican-born driver to win a NASCAR national series race.

“For the last couple of years, I have been very jealous of the Ford power at Michigan. Now, I’m very excited because I’m with Ford Performance and Stewart-Haas Racing,” he said.

“I’m looking forward to closing the middle of the season, and who knows, we might even put the No. 41 Mustang in Victory Lane.”

Ryan Blaney got loose while drafting near Bowyer midway through the session but was able to save his No. 12 Ford from hitting the wall.

Both Jones and Chris Buescher had to sit out the final 15 minutes of practice for failing pre-race inspection twice each last weekend at Pocono.

Daniel Suarez: "I feel confident" about returning to SHR in 2020