For the last two seasons, Chase Briscoe has been one of most consistent performers in the NASCAR Xfinity Series – a perennial contender for race victories.

Briscoe knew there would be a transition period to the Cup Series and two races into his Cup rookie season, he’s felt it full-force.

Briscoe, 26, has already competed on a superspeedway and a road course and neither race went particularly well.

He ended up 19th at Daytona following his involvement in an early-race accident and struggled him to a 32nd-place finish last Sunday on the Daytona Road Course. He was actually running in the top-10 late in the race when contact with Denny Hamlin left his No. 14 Ford without power steering. He then had to pit under green when the hood of his car came up, covering much of his windshield.

“I think the 500 to finish 19th wasn’t obviously what we were wanting, but for the day that we had I think we were lucky to get out of there with a 19th with how our day went,” Briscoe said.

“And then the road course, truthfully, for how much damage we had I felt like at the end if I didn’t get into the back of Denny I could have probably ran seventh or eighth, so I know from a speed standpoint we’ve been really strong.

“The road course is really the only time we’ve been able to even kind of see where we stack up, but I felt like we were able to drive from the back to the front a couple times or at least the tail end of the top 10.” 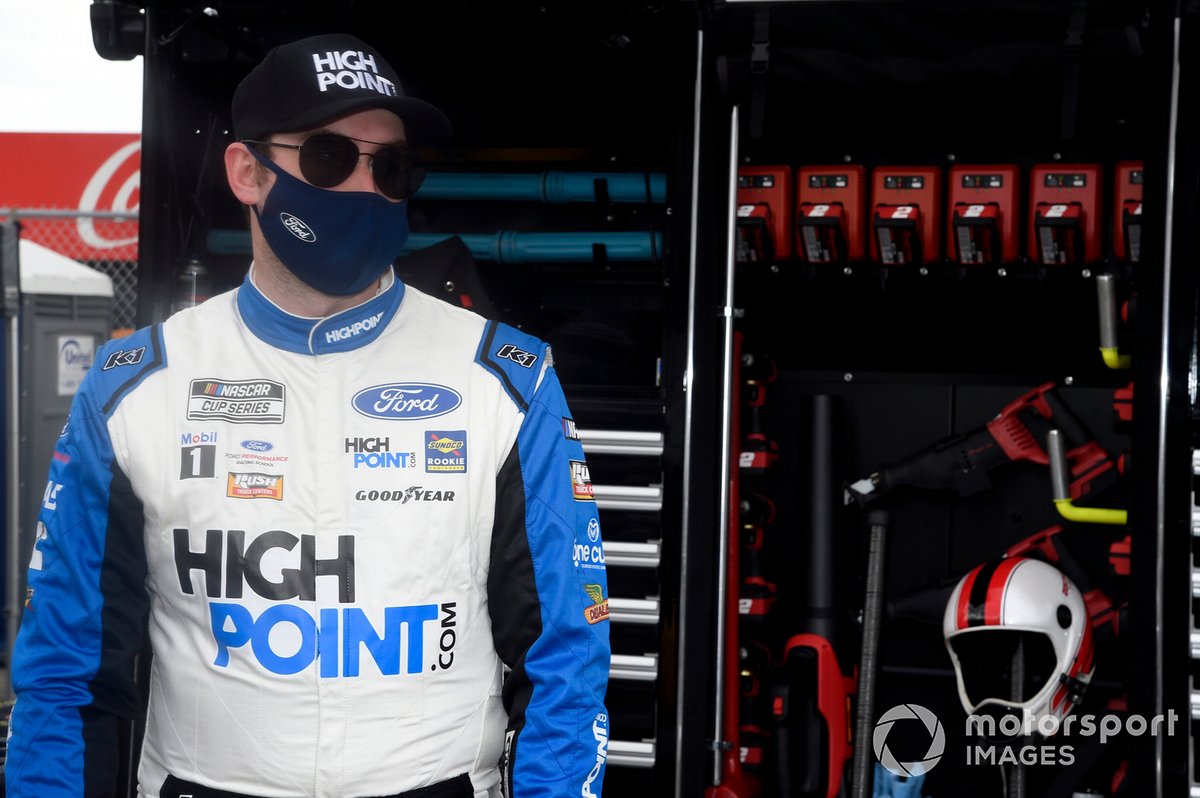 Briscoe won a series-high nine races and led a series-best 1,032 laps in the Xfinity Series last season and was a weekly threat for wins. He won on intermediate tracks, short tracks and road courses.

After two Cup races, he’s 27th in the series standings and still looking to lead his first lap.

The quality of competition is what Briscoe says stands out the most in his brief Cup career.

“The Truck Series and the Xfinity Series it seems like there are almost three or four different races within the race, just on the equipment side of things. In the Cup Series, it’s just very eye-opening how good everybody is and just from a driver’s standpoint everybody that’s there, I would say 90 percent of the field has all won their entire career,” he said.

“They’re just good race car drivers, so that’s been the biggest thing is just how hard you race for 20th versus racing for the win in past series and things like that. This past week getting to start up on the front row and kind of running up near the top-five on those last couple restarts, honestly, it felt like it was easier to race up there than it was for 20th or 25th.

“So, I think that’s been the biggest thing is just how many guys are just really, really good. How many cars are really good and everybody that’s there is there for a reason.”

Looking to turn the corner at Homestead

Heading to the first intermediate track of the season at Homestead-Miami Speedway provides Briscoe an opportunity for a good finish on a track on which both he and his Stewart-Haas Racing team have experienced success.

“Statistically, (Homestead) is my best race track, so I’m hoping this week we can go and have a good run,” Briscoe said. “I think winning the race is going to be tough, obviously, still being pretty early in this deal.

“I think not only Johnny but my entire team has done a really good job of understanding that it’s going to take a little bit of time to be consistently running up front and it’s going to take time of probably tearing up race cars and just making mistakes to learn not to do those anymore.”