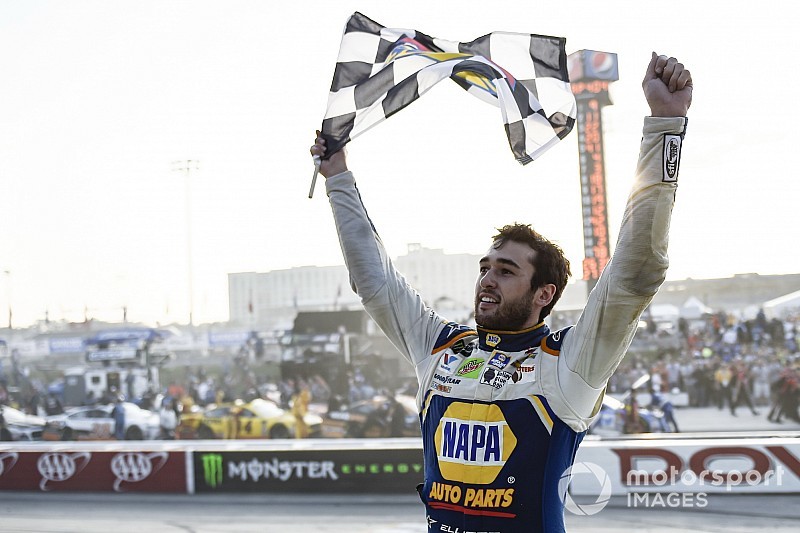 During the Monster Energy NASCAR Cup Series Awards event in Las Vegas on Thursday night, Elliott was named the winner of the 2018 National Motorsports Press Association’s Most Popular Driver award.

This was the 28th consecutive year a member of the Earnhardt or Elliott family has won the award, including Chase’s father, Hall of Famer Bill Elliott who won the award each season from 1984 to 2002.

“It definitely is an honor,” Elliott said. “As it got a little closer, I’m glad it worked out like it did. Somebody asked me earlier about it, what would it mean? It’s always hard to say what it would mean when you don’t know.

“Just seeing the fire at the race track and how fired up people were to see me and my team do good throughout the season and all the hats and t-shirts, that to me is probably the biggest piece of it.”

Darrell Waltrip (1990) was the last driver not named Earnhardt or Elliott to win the award.

Dale Earnhardt Jr. was last year’s winner, his 15th straight, but retired from fulltime NASCAR competition at the conclusion of the 2017 season.

This season proved to be Chase’s breakthrough year in the Cup series, as he earned his first series win at Watkins Glen (N.Y.) International then followed that up with two more victories in the 2018 Cup series playoffs.

Elliott advanced to the Round of 8 in the playoffs and ended up sixth in the final series standings. He was the only Hendrick Motorsports driver to win a race this year.

The ten closest finishes from the 2018 NASCAR season