Chip Ganassi wants McMurray to continue with CGR in some capacity 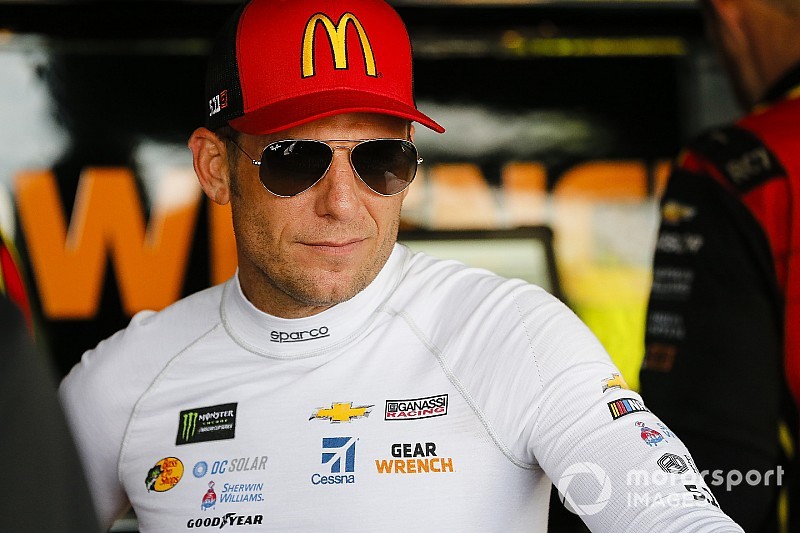 The arrival of Busch alongside existing driver Kyle Larson meant there was no place for McMurray next year, but he has reportedly been offered an off-track role and a deal to race in the Daytona 500.

While a deal has yet to materialize, team owner Chip Ganassi has argued the worth of McMurray in a new role.

Asked to summarize McMurray's journey with the team, Ganassi said: "I think it starts off with sort of a storybook entrance to Cup back when Sterling [Marlin] got hurt there [at Kansas in 2002 when he suffered a neck vertebra injury that ended his season].

"Jamie came on at Talladega, he was running at the front and we ran him out of gas, I remember. The next race was Charlotte and he won.

"When you have an entrance into the sport like that, put that down as your foundation, and then building upon that with two or three wins leading up to 2010.

"He won the Daytona 500 and the Brickyard in that sort of storybook year that the entire organization had [winning the Indianapolis 500 as well]. He is the type of driver that wakes up when you can get him to the front.

"I want him to continue on with our organization and I think in the coming weeks you will find that out. He is somebody that can take a lot of stock in any of the success that this team has or happens in the future.

"Jamie can take a lot of stock in that in helping bring a level of maturity to the organization when it was badly needed.”

Ganassi said McMurray can have a similar impact to Dario Franchitti's position within the IndyCar team.

Franchitti has been an advisor to Ganassi and helped coach Ed Jones through the 2018 IndyCar season.

“I think you have to look at Josh [Wise, stock car driver turned trainer] or look at Dario in our IndyCar team," said Ganassi.

"It doesn’t have to be much, just one little piece of advice or one little tidbit of information can be invaluable on a race weekend.

"Whether it’s Friday practice, whether it’s Saturday qualifying or Sunday in the race, it is having a quality person around that is current.

"This business changes so much from year to year at what I would call the grassroots level of NASCAR you know in the engineering meetings, in the trucks on the race weekends in the meetings Monday through Friday you can see people that step out of it for a year and they come back and they are lost.

"So, it’s invaluable to have people that are current would be my answer.”