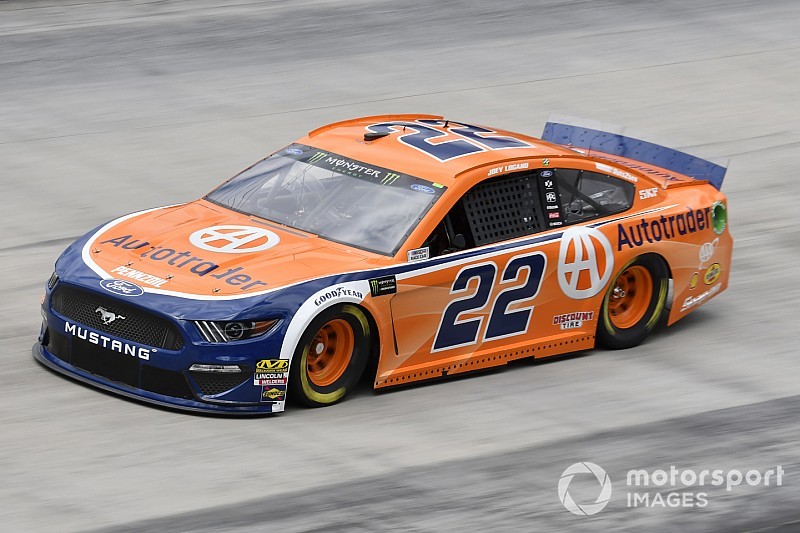 In all, the top nine drivers completed a lap in under 15 seconds.

Logano has two wins at Bristol in 20 career starts and has finished in the top-10 in seven of his last nine races at the track.

"It seems like it’s got some good short-run speed. That’s where the big number shows up.  I haven’t looked at the lap tracker to see where it falls off to, but just being around the cars that I was around it seemed like I can move around and keep decent pace," Logano said.

"I think that’s what Bristol is all about these days is being able to have a car that’s versatile to where you can run up top when you have to, run the bottom when you have to and run everywhere in between when you’re in traffic.

Chase Elliott, who won the pole for Sunday’s Food City 500, was 16th fastest.

Elliott made some slight contact with the wall during one of his runs in the session but the damage appeared cosmetic and he returned to the track a short while later.

Harvick had the fastest average lap speed among drivers who completed at least 15, 20 and 30 consecutive laps.

Chase Elliott: "I think we can have a chance" at Bristol win

Joey Logano ready to "jump into anything and go fast"