Off to a strong start in the NASCAR Cup Series playoffs, don’t expect Kevin Harvick to coast to the next round. 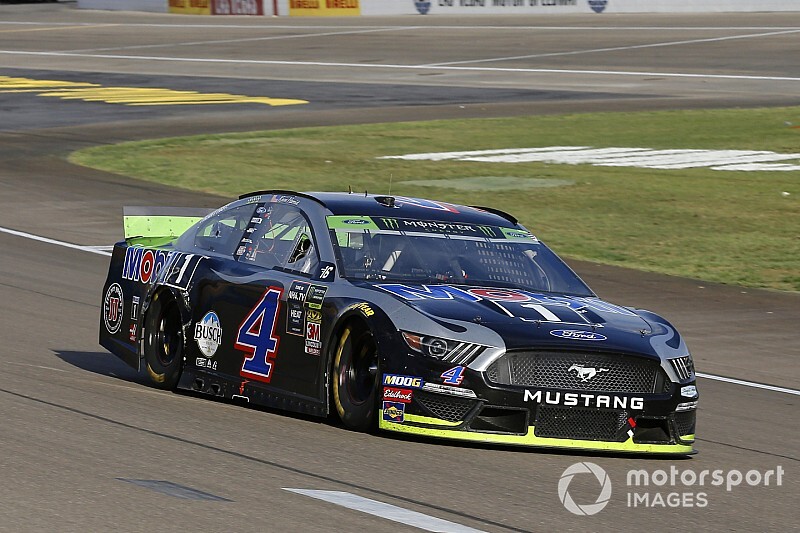 Harvick’s runner-up finish in Sunday’s playoff opener at Las Vegas Motor Speedway has vaulted him to second in the playoff standings and a 52-point cushion over the cutoff line.

After next week’s race at the Charlotte Roval, the four drivers lowest in points and without a win will be eliminated from further title contention.

Harvick could likely advance without pushing the envelope, but don’t expect the No. 4 Stewart-Haas Racing Ford team to let off the gas.

“We want to just hammer away race by race. I think the backup plan is to survive and advance, but we want to win,” Harvick said. “We want to be racing for the lead and trying to win stages and be aggressive.

“I think being aggressive is just going to bite you less than kind of being passive and just trying to mediocre your way into the next round by looking at the points.

“We want to go out there and try to do the things we have done all year and lean on our experience of being in these types of situations before there is nothing that is going to surprise us.”

Harvick’s three wins this season have come in the last eight races but he was still strong in the spring race at Richmond (Va.) Raceway, when he started from the pole, led 30 laps and finished fourth.

The No. 4 team’s playoff experience, combined with what they learned from their first trip this season to Richmond, should make them a likely top contender for a win this weekend.

“Anything that happens that is off the wall shouldn’t be a surprise to us because we have been a part of some of those situations and seen them as we have gone through the playoffs,” Harvick said.

“You have to adapt and adjust as the weeks go by, but it is definitely an aggressive, one-week-at-a-time approach.”