Kyle Busch didn’t pick up his first NASCAR playoff win at Richmond but he did just about everything else. 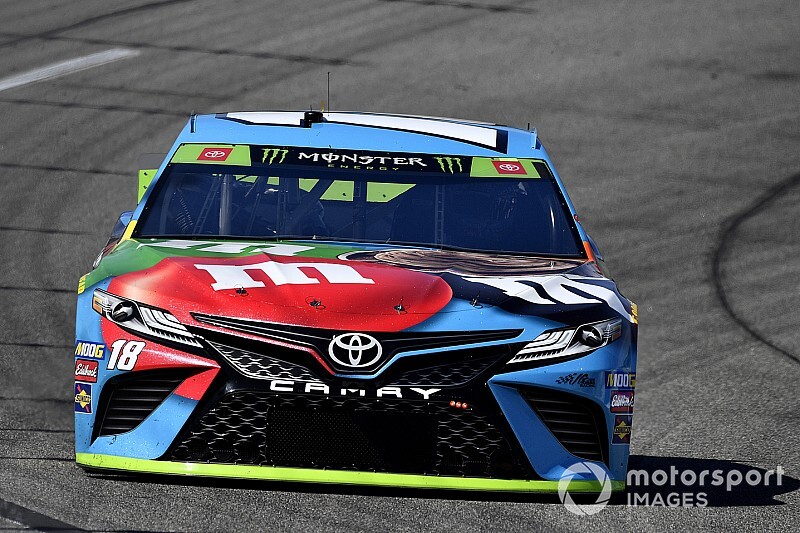 Busch won a stage, led the most laps (202 of 400) and once Saturday night’s Federated Auto Parts 400 was over, he and Kevin Harvick had scored enough points to lock themselves into Round 2 of the playoffs regardless of how they finish next weekend at Charlotte.

Still, losing the chance at the victory likely stung, as Busch has won four times this season but his most recent was in June in Pocono.

“You know, like (Denny Hamlin) lacked a little bit more than us. Just weird, I don’t know. We led a lot of laps. We were up front a lot. But when I was out front, (Truex) could keep the closest distance to me.

“That kind of worried me for a finish like that in the long run.”

Truex ended up running down Busch for the lead for the final time with 25 laps remaining in what turned out to be a 79-lap green-flag run to the finish.

All four Joe Gibbs Racing drivers swept the top four finishing positions at the end, only to see Erik Jones lose his fourth-place finish when his No. 20 Toyota was disqualified for failing post-race inspection.

Regardless, all four JGR teams had shown speed which shows they will continue to be contenders for this year’s Cup Series championship.

“We brought a fast race car here to Richmond, and I think all the JGR cars were pretty respectable there,” he said. “So, really awesome job by everybody at Joe Gibbs Racing and Toyota being able to have some really good pieces to go out there and race with.”

Busch can now turn his attention to next weekend’s race on the Charlotte Roval without worrying about the results and the ability to add to his playoff point total.

“I thought we were going to be all right and finish okay (in last year’s race), but then we all decided to follow everybody else off a cliff. It was pretty ugly,” Busch said. “But overall you try to go into that race, it’s a newer type of track, and I don’t know that everybody has got it quite figured out exactly yet.

“We can go out there and attack it and try to try to get a win, try to get some stage points, get ourselves a bit of a cushion here, I guess, more over the rest of the guys.”