NASCAR Mailbag: Does the sport need an engine update?

Welcome to another edition of the NASCAR Mailbag where we answer questions sent in from you the readers. 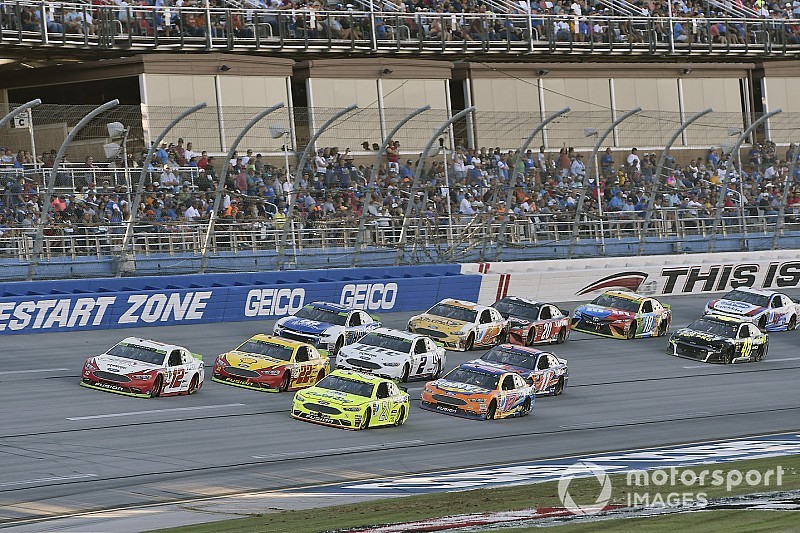 Are teams allowed to run the Camry in the NASCAR Xfinity Series in 2019 or just the Supra? -  Everett Lintz

Everett, thanks for the question via twitter. According to NASCAR, the Camry can be used at all events but superspeedways in the 2019 season. - Jim Utter

How long can NASCAR continue using V8 pushrod engines when no manufacturer is selling cars using that old design today? Is a modern V6 like Australian Supercars needed? - From Hugh

Hugh, there has been a lot of discussion in recent years about a modern "update" to NASCAR's engines to make them more in line with production model cars. However, NASCAR continues to utilize 90-degree pushrod V8s for generally two important reasons - the simplicity of the engine, which helps in terms of policing teams' production of them; and from a cost standpoint, they tend to be less expensive.

NASCAR will at some point - likely at the urging of its manufacturers - move toward a more modern V6 in the future, but only when the sport and its teams are in good enough financial shape to bear the burden of the development and changeover costs associated with such a move. - Jim Utter

When Danica was racing all the writers ripped on her for her driving performance and her lack of wins in NASCAR. Now that she is gone, why have all the writers gone silent on criticizing other NASCAR drivers. J.J. Yeley has raced for over 14 years in NASCAR running in all the series and has NEVER won a race.........in any series. Yet, not a word of criticism from all the experts on his record. Or for the fact there are other drivers competing and have never won a race. I don't get it! - From Ed

Ed, much of the criticism of Danica Patrick's performance in NASCAR did not stem simply because she had not won a race, but rather that in her entire tenure in NASCAR she was associated with top-level teams, whether it be in the Xfinity or Cup series. Nearly 99 percent of the time, drivers in those rides don't get contract extensions or keep those rides very long when they put up the results Patrick did. The vast majority of J.J. Yeley's NASCAR career has been spent with lower-funded teams. Nobody driving for those teams is likely to seriously contend for race wins, which is why those drivers don't receive criticism, let alone much media coverage at all. Patrick, on the other hand, received boatloads of media coverage for very little on-track results. - Jim Utter

Finally, after the season is one-third complete and NASCAR realizes this newest change doesn't work......what will they do then? - From Sam

Sam, I highly doubt you'll see any dramatic changes to the package during the season. If anything, there may be minor tweaks, but don't expect it to be touched otherwise. But as for it 'not working', NASCAR was very pleased with what they saw in the All-Star Race and has done extensive testing since then. Although the racing purist in me isn't this package's biggest fan, the goal is create more exciting races with lots of passing opportunities and close finishes. This package will deliver that. - Nick DeGroot

Questions can be sent any day of the week and we’ll post answers in a timely fashion in our NASCAR section at Motorsport.com.

Get your questions in and be sure to follow every NASCAR series all season long on Motorsport.com.

Do you have a question?