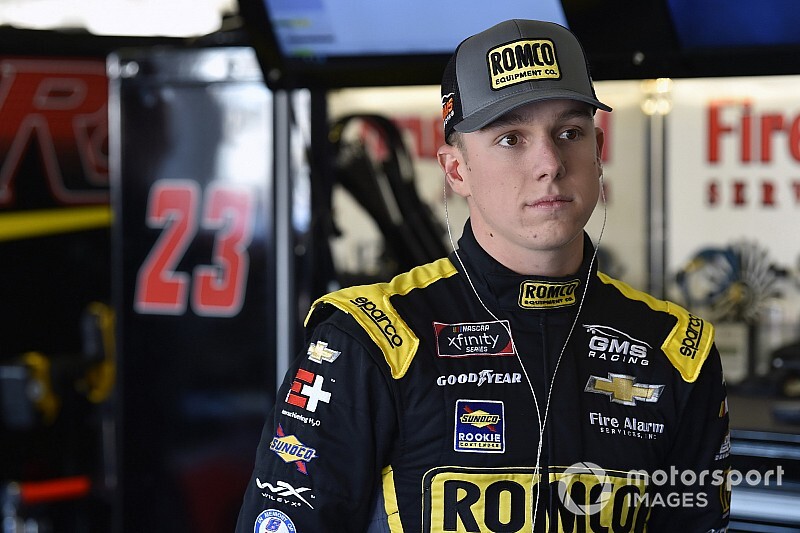 The organization announced Thursday that McDowell will once again pilot the No. 34 Ford next season while Nemechek will join the 2020 rookie of the year class driving the No. 38 Ford.

FRM will return to a two-car operation next season, shutting down the No. 36 team. Matt Tifft has been competing with that team but left near the end of last season with health issues. Nemechek filled in for Tifft for three races.

“I’m thrilled for the opportunity to drive for (owner) Bob Jenkins and Front Row Motorsports,” said Nemechek. “Having driven the last three races with this team in 2019, I feel like we already have a foundation to start the 2020 season.

Nemechek, who finished seventh in the Xfinity Series standings in 2019, has won six races in the Truck Series and one in Xfinity. Nemechek will be paired with crew chief Seth Barbour at FRM.

“As an organization, we have made a lot of strides with the help of all our partners of our program,” said McDowell. “I’m ready to build on that momentum with Drew and the rest of our team. We’ve always had steady growth and I think we’re going to continue to see that next season.”

FRM has competed fulltime in NASCAR’s premier series since 2009. The 2020 season will be the organization’s 11th with Ford Performance.

“We are looking to the future with a young talent like John Hunter Nemechek," said Jenkins. "John Hunter impressed us at the end of last season, he comes from a racing family, and he's a winning driver. We believe that we can grow with him in the years to come.

“Michael is a veteran leader who is determined to win in the Cup Series. He gives our organization the experience we need to continue to get better. Most importantly, both Michael and John Hunter also fit our team values and are tremendous assets to our partners on-and-off the track.”

FRM will announce team sponsors at a later date.