Lack of a short track win "a big hole" for Martin Truex Jr. 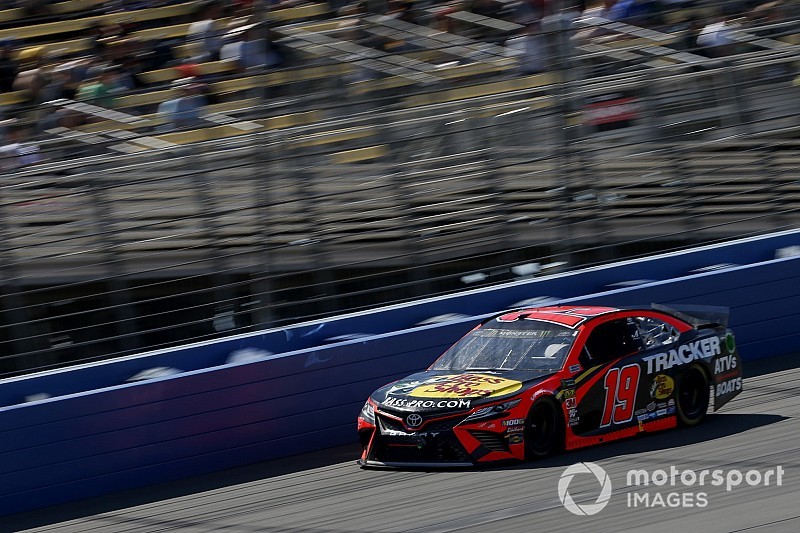 Martin Truex Jr. has had a stellar career in the Monster Energy NASCAR Cup Series but there is a nagging absence he’d like to fill.

Despite his 19 wins in Cup and a series championship in 2017, Truex has never earned a win at one of the Cup series’ short tracks (Martinsville, Richmond or Bristol).

It’s not for lack of effort, either.

That may be why it bothers Truex more – he and his teams have had cars capable of winning in recent seasons but have just been unable to seal the deal.

“For me personally, it is a big hole,” Truex said of not having a short track win in Cup. “We’ve led at places like Richmond. I mean so many laps led and dominated races, and can’t find a way to finish it.

“We’ve been second at Bristol, third at Bristol. Led a bunch of laps there two years ago in the spring. Just not having one, it kind of does get to you a little bit knowing how good we’ve been at those places.”

Now with his move to Joe Gibbs Racing this season, Truex and crew chief Cole Pearn will have their first opportunity of the year on a short track in this Sunday’s race at Martinsville (Va.) Speedway.

Truex has five top-five and 10 top-10 finishes in 26 starts at Martinsville. The Mayetta, N.J., native has finished in the top five in the past three races, including last fall where he was leading on the final lap before being bumped out of the lead by Joey Logano in the final turn.

Logano won the race and went on to win his first season championship three weeks later in Homestead, Fla.

“We’ve certainly got some unfinished business going into Martinsville this weekend. It’s a place that wasn’t one of my favorites early in my career, but the last few years, I feel like I’ve really started to get a handle on it,” he said.

“A lot of that can be attributed to having a really good crew chief and driving fast cars. It would mean a lot to win there especially after how the last race there ended up.”

Although without a win this season, Truex and his No. 19 JGR team have posted four consecutive top-10 finishes since he was involved in a wreck in the season-opening Daytona 500. He now sits seventh in the series standings.

Although the aero package has slightly changed at Martinsville from last year, there is little reason to think he won’t once again be in the mix for a win.

Truex has won two poles at Martinsville and has qualified third or better in four of his last five races at the track.

“I’m confident that we’ll have a fast Camry this weekend and be right there to have a shot at the end of the race,” he said.

Bubba Wallace to compete in NASCAR Truck race at Martinsville