Ryan Blaney, looking for his second consecutive win at the Charlotte Roval, was fastest in Saturday morning’s practice session. 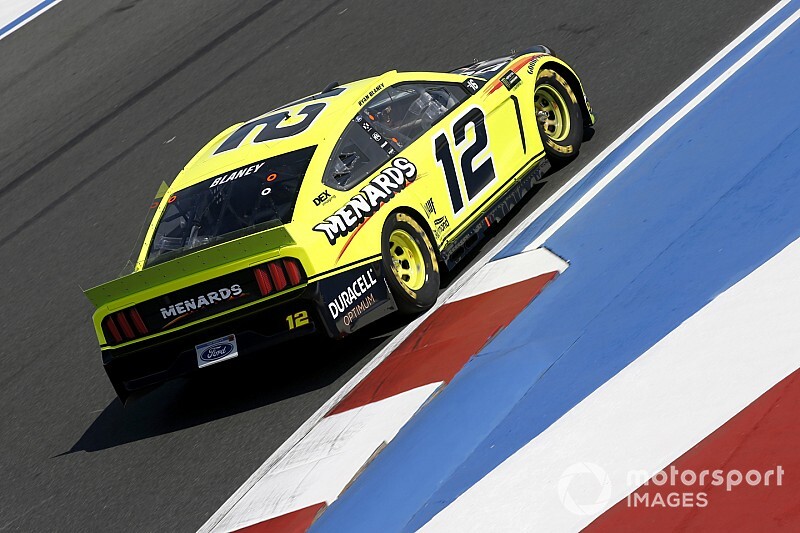 “We’re in a better spot this year (in the playoffs) than what we were last year. I think we were only four points about the cutoff line last year and I thought we executed the day really well from getting stage points in the first stage and then winning the second one,” Blaney said.

“That was kind of our goal. Every team around the cutoff line are going to have their certain goals and how they’re going to play the race out, and we kind of have our slight idea and plan of what we’ve talked about this week.

“You just try to have a solid day.”

Larson had the best average speed (100.358 mph) among those drivers who ran at least 10 consecutive laps. DiBenedetto and Kurt Busch were second and third, respectively, in that category.

Early in the session, Kyle Busch spun in Turn 4 and hit the tire barrier but was able to drive off under power. His No. 18 Toyota did not appear to suffer any significant damage.

Daniel Suarez wheel-hopped and missed the final turn of the frontstretch chicane but was able to continue on without further incident.

Matt Tifft spun in Turn 4 late in the session but didn’t hit anything and was able to continue on.

Alex Bowman: "Pretty unacceptable" to miss next playoff round