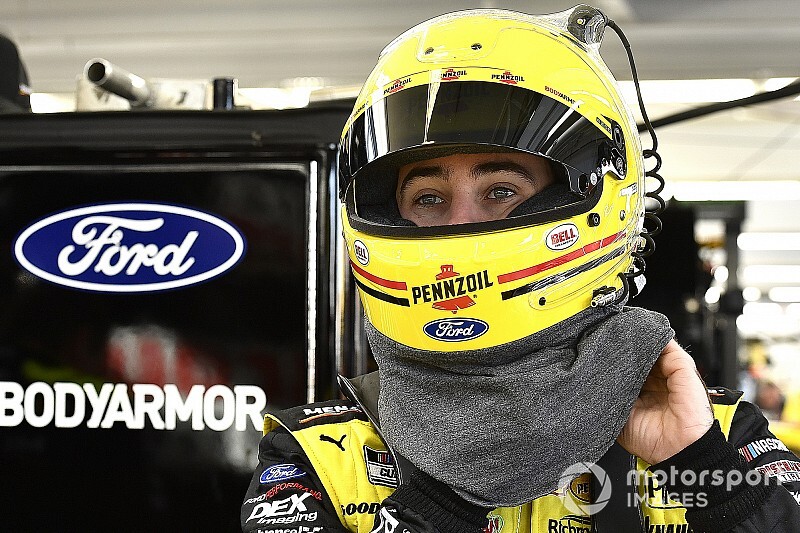 Ryan Blaney appeared set to take his first victory of the 2020 season Sunday at Las Vegas Motor Speedway, but a late-race caution and a chaotic finish derailed his efforts.

Blaney moved around teammate Joey Logano to take the race lead with just 12 laps to go in the race.

Alex Bowman was able to take over the second position and appeared to be closing in on Blaney when a caution for a spin by Ross Chastain changed everything.

Blaney and Bowman opted to pit but several others did not. He restarted back in the 12th position and was only able to secure 11th as a last-lap crash ended the race.

It was a disappointing end to what could have been a big win for the Team Penske driver. “It was just a crappy situation," Blaney said. "We fight our butts off to get the lead there from third and get it. I had a good shot of holding the 88 off. I thought we could have once we got in clean air I thought our car was pretty decent.  The caution came out and we pitted, some guys didn’t, some guys took two and we just end up getting absolutely destroyed with people not knowing how many cars were to the outside of them.

"It’s easy to look back on it and say we should have stayed out. That’s a tough call for (crew chief) Todd Gordon in his position, but I’ve got to thank him for giving me a really good car.  We were great on long runs. We were so good on long runs and that’s something to hold our heads up high about, it just stinks about the finish.”

Team Penske still came away with the victory with Logano fending off Matt DiBenedetto and Ricky Stenhouse Jr.