Opinion: NASCAR’s tracks are known for noise but one of the sport’s loudest moments was enveloped by the hush of silence on Monday.

It started slowly, a gathering of Cup Series drivers, first a few, then them all, surrounding the No. 43 Richard Petty Motorsports Chevrolet where it sat in the starting grid line on pit road before the start of the rain-delayed race at Talladega (Ala.) Superspeedway.

Soon the collective group found their cause – slowing pushing the No. 43, along with its regular driver Bubba Wallace, out of line and toward the exit of pit road, firmly establishing it as the first car on the grid.

As the car went further down pit road, the group behind the car grew in number – crew members first, track workers and finally – with their pre-race duties complete – the NASCAR officials who would work the race on pit road.

No social distancing, but everyone with a mask.

Such is the way of things during the COVID-19 pandemic which was the first issue to knock NASCAR on its heels this season, but likely won’t be its last. 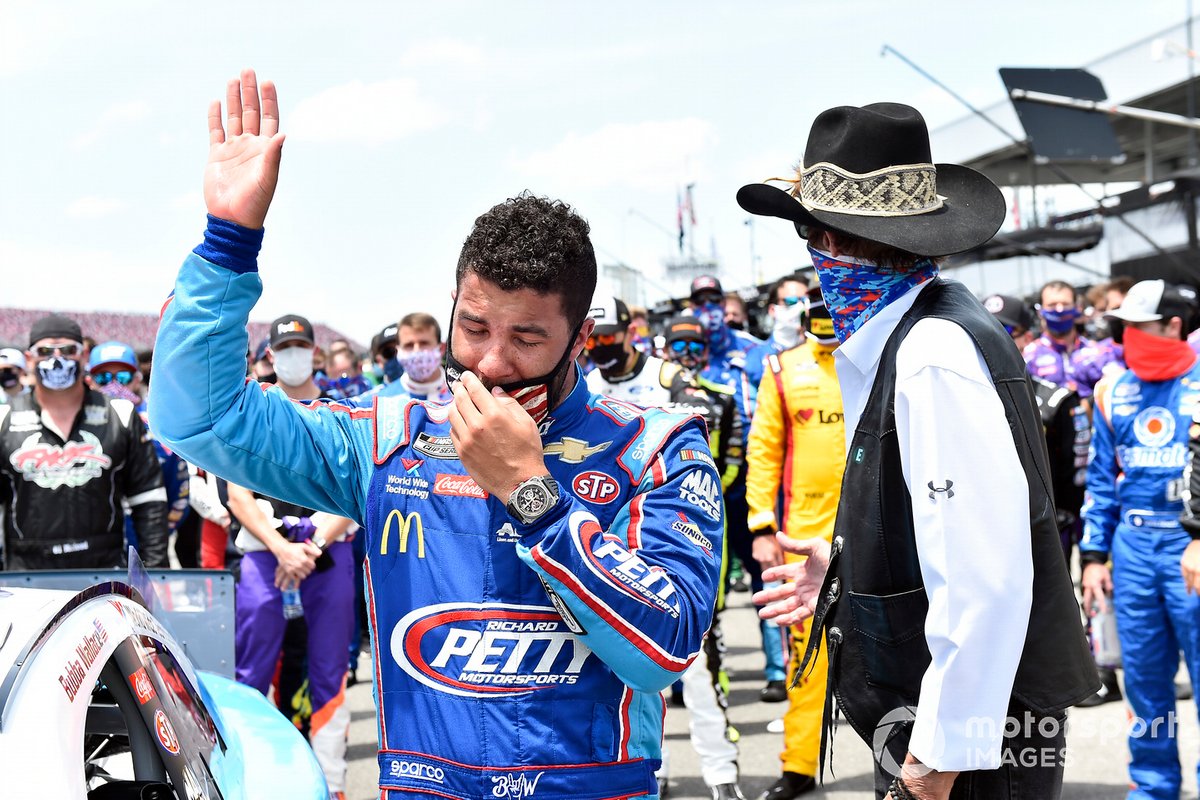 There was a smattering of fans allowed in for the race – about 5,000 – but the entire episode was undertaken in virtual silence.

In more than 20 years covering motorsports I have never heard a louder sound emanate from a speedway.

There were no words, but the message was clear.

As Clint Bowyer put so succinctly on Twitter, “When you f*ck with family you’re f*cking with us all.”

I don’t know why someone would feel it necessary to construct a noose Sunday afternoon in the garage stall of Wallace, the only full time African American driver in NASCAR’s Cup Series.

Perhaps their heart really is filled with that much hate.

Perhaps they dislike NASCAR’s new policy of not allowing the Confederate flag at its races or on its properties.

Perhaps they don’t like NASCAR’s recent stance on racial justice or the #BlackLivesMatter message Wallace had on his car recently at Martinsville (Va.) Speedway.

None of it really matters, really. 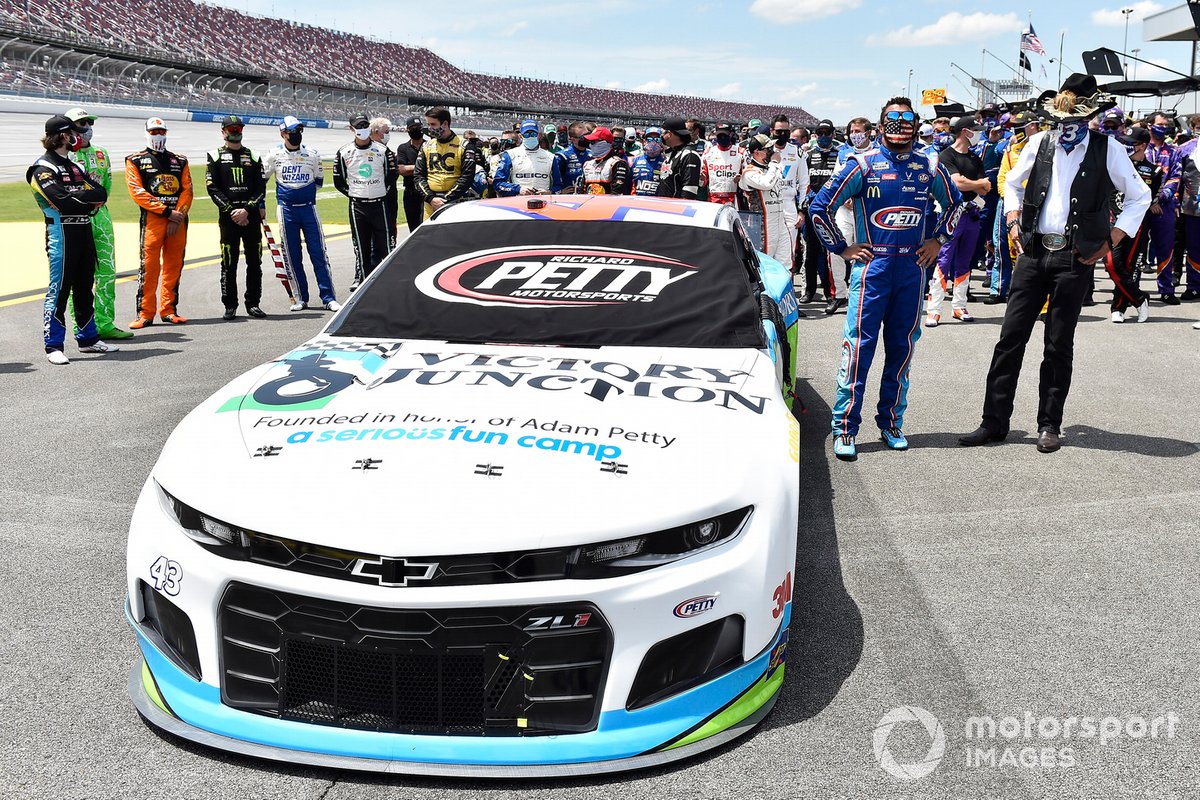 Whoever did it will be found, I honestly believe that, and they will be forever banned from NASCAR events.

Perhaps that’s their wish, or they don’t really care.

But I do want thank the guilty party for one thing.

You didn’t heal a nation, or everyone’s heart or even change anyone’s mind.

What you did was unite a sport in a way in which it has never been before.

Oh, there will still be battles on the track, arguments in the garage and maybe even a fist or two.

But on Monday, NASCAR stood for something more than itself, more than its collective history as an organization has ever done before.

How long it lasts is up to everyone who participated on Monday and those who watched from the grandstands and on TV.

Ultimately, NASCAR and its drivers aren’t going to cure the ills of society but on Monday they took a giant step in helping to heal their own.

I, for one, was honored to be able to witness it – mask and all.

I've come to talk with you again

Because a vision softly creeping

Left its seeds while I was sleeping

And the vision that was planted in my brain

Still remains Within the sound of silence

Truex out to 'prove everyone wrong' in 2023 NASCAR season