Bubba Wallace finished 14th at Talladega Superspeedway, a career-best finish despite running out of fuel with a handful of laps to go.

Many eyes were on Wallace after a noose was found in his garage stall Sunday, following his vocal support for the 'Black Lives Matter' movement and NASCAR's banning of the Confederate flag from all events.

NASCAR has confirmed that the FBI is investigating the incident as they look to find the perpetrator(s) and "eliminate them from the sport."

Before the green flag in Monday's rain-delayed event, Wallace's fellow drivers and team members escorted his car to the end of pit road and stood with him during pre-race ceremonies in a show of solidarity. RPM co-owner Richard Petty, 82, flew to the track to be with his driver for his first race since COVID-19 halted the NASCAR season.

A visibly emotional Wallace then got behind the wheel of the No. 43 machine for 188 laps of racing at Talladega. Late in the running, he showed up near the front and even led the way briefly with 27 laps to go.

After a yellow with three laps remaining, Wallace ran out of fuel. However, thanks to a push from Corey LaJoie, he was able to make it back to the pit lane and stay on the lead lap. He then rallied back to 14th in a two-lap shootout in overtime, scoring his best career finish at Talladega and his third consecutive top-15 finish of the 2020 season.

After the race, he visited with some first-time fans from Atlanta on the frontstretch.

"This is probably the most badass moment right here," he told FOX Sports. "It's been tough. It's been hell -- I wouldn't say hell. It's just been hectic you know carrying this weight, carrying this burden. I wouldn't really say burden either. I'm proud to stand where I'm at. Look at this, first times right here from Atlanta ... That is so cool. The sport is changing." 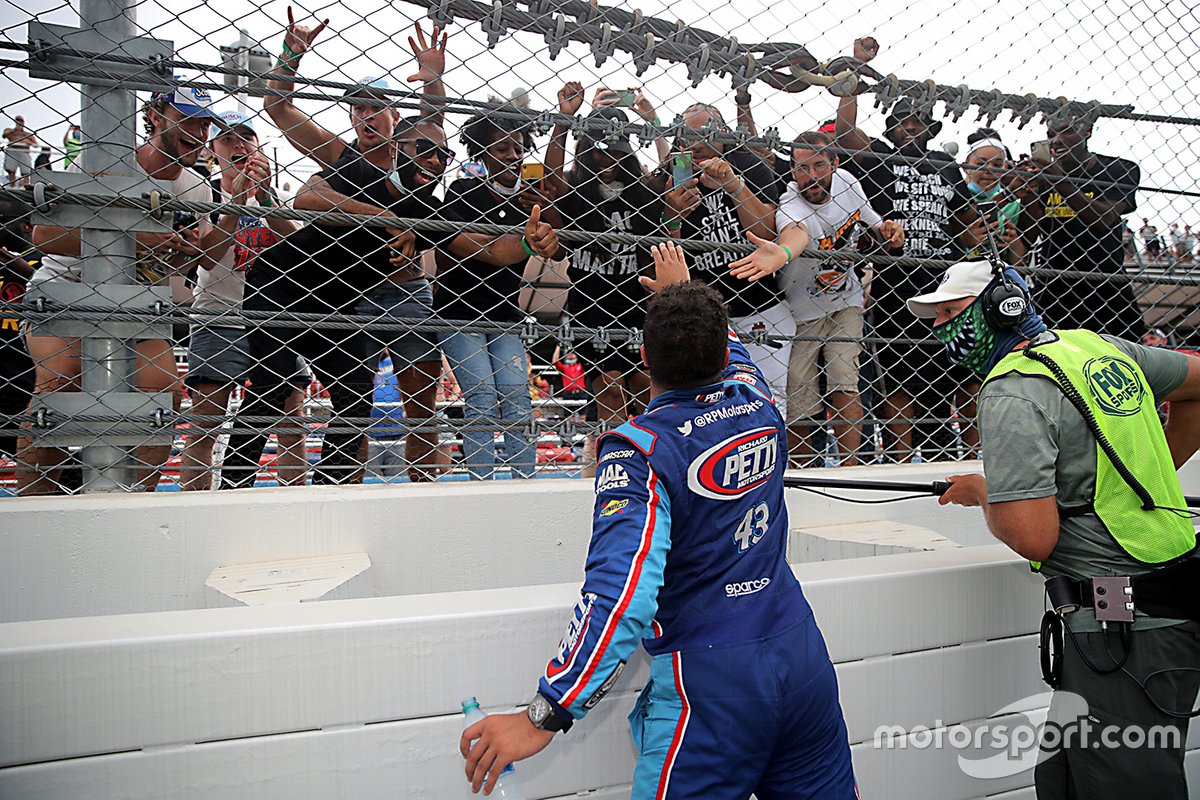 He then touched on Sunday's incident, refusing to let it bring him down. "The deal that happened yesterday. Sorry I'm not wearing my mask but I wanted to show whoever it was that you're not going to take away my smile. I'm going to keep on going."

He then looked to the fans and addressed what could have been.

"I know I should have won that damn race. We ran out of gas," he said.  "Just the stars didn't align for us completely but all-in-all, we won today. The pre-race deal was probably one of the hardest things I've ever had to witness in my life. From all the supporters from drivers to crew members -- everybody here. The badass fanbase. This is truly incredible and I'm proud to be a part of this sport. Like I said earlier, I got a long way to go and we will keep on trucking. Another top-15 for us, we'll take it and go on to Pocono. 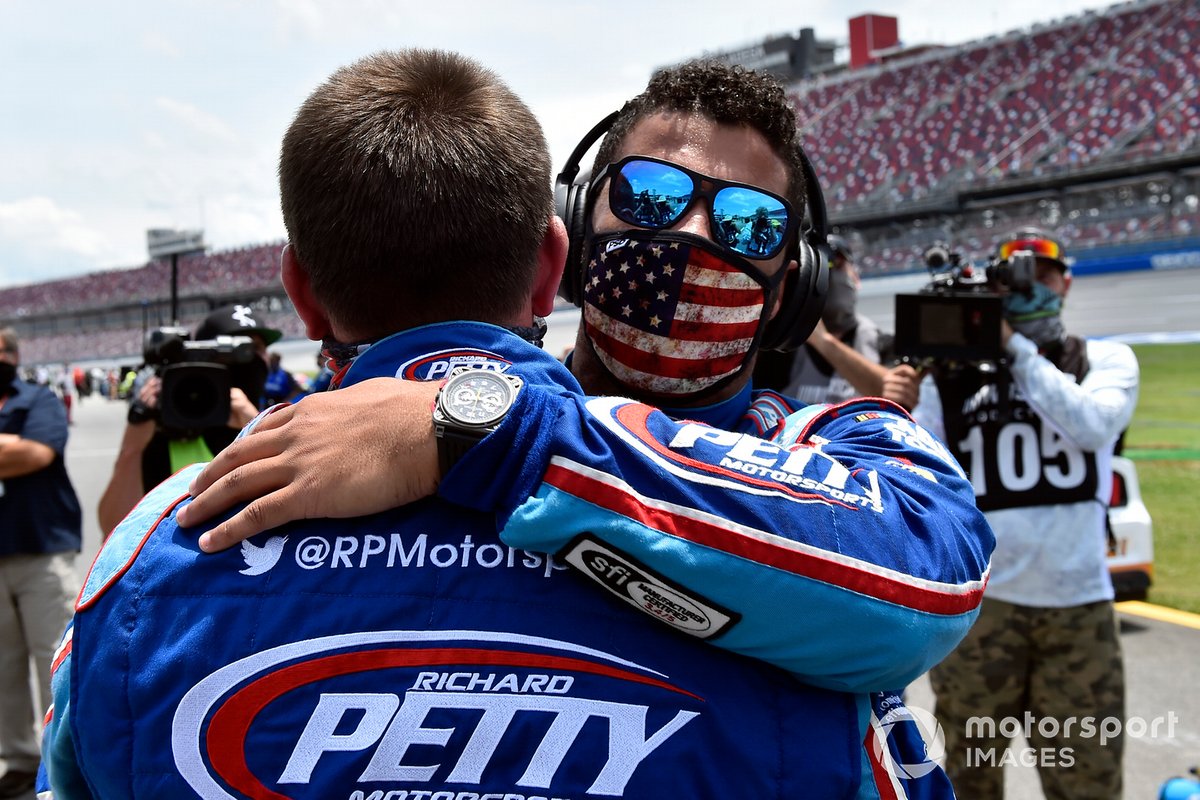