Rubens Barrichello's much-anticipated Bathurst debut has been thrown into doubt by the ongoing coronavirus pandemic.

The Brazilian inked a sensational deal for a two-race cameo in the Australian S5000 series, starting with the season-opener at Albert Park in March followed by a Mount Panorama debut at the Bathurst International in November.

Having already had that Albert Park outing cut short by the cancellation of the Australian Grand Prix, Barrichello is now unlikely to be able to travel to Bathurst later in the year due to pandemic-induced border restrictions.

The same goes for Giancarlo Fisichella, who was also locked in for Albert Park and is understood to have a deal in place for Bathurst as well.

While not giving up on getting the big name drivers to Mount Panorama later this year, Australian Racing Group boss Matt Braid conceded the likeliest outcome is that they won't make it.

And that means a field of 12 V8-powered S5000s is expected for the category's first Bathurst hit-out.

"We have 14 cars available and we had two, and potentially up to four, internationals that were looking to come out for that event," said Braid.

"Our view is that they're looking unlikely, even though we're in contact with them on a daily basis and they're champing at the bit to come out – and who wouldn't to race those cars at Bathurst.

"But I think logistics and restrictions will probably beat us.

"We're probably looking at 12 cars as the logical number, if we take out two for the wildcards that are probably not going to eventuate. It could be as high as 14 if we get some other local entrants that want to participate. But realistically I think 12 cars will be the likely number."

Braid also allayed concerns that the 500-plus-horsepower cars might still not be barred from racing at Mount Panorama on safety grounds.

"S5000 will be running at Bathurst," he said. "We've got confirmation from Motorsport Australia, and that's been in place for some time now.

"The cars will definitely be running at Bathurst and are approved to run at Bathurst. We're good to go." 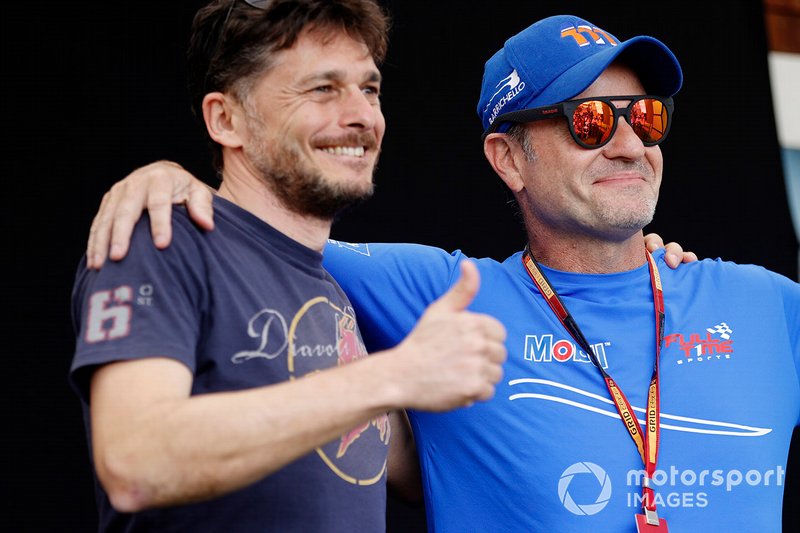 Giancarlo Fisichella and and Rubens Barrichello