Barrichello not ready to explore S5000 limit at Sandown 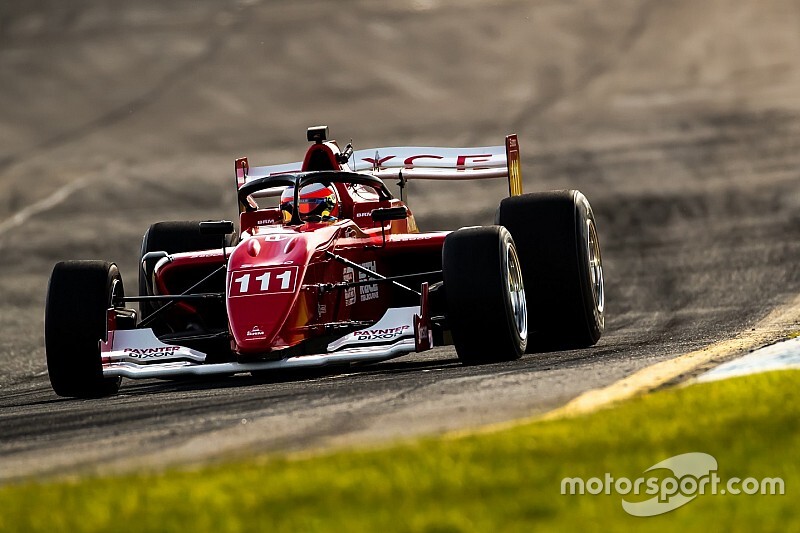 Rubens Barrichello says there's plenty to come from the V8-powered S5000 cars at Sandown, the Brazilian admitting he was a way off the limit during practice.

While he was more than half a second shy of pacesetter Tim Macrow, the Brazilian came into the day with only Wednesday's Phillip Island test under his belt.

This is also Barrichello's first visit to the Sandown circuit, his experience limited to some simulator work courtesy of Super2 driver Tom Randle just this morning.

Macrow, meanwhile, has more S5000 experience than anyone, having completed the lion's share of the development work in the car.

Reflecting on the day, Barrichello admitted that he was unwilling to properly explore the limit of the 560-horsepower car.

That's something he'll leave for when the heat races kick off tomorrow.

"The car needs more running to say 'now I'm at the limit' of the car," said Barrichello.

"I thought I was closer to the limit at Phillip Island than I am here. We're still finding out where the grip is, where you need to be on the track.

"In the first session the car was definitely taking me around. In the second session I was able to drive it a little bit more.

"I feel that if you go really to the limit, your chances of going to go off are incredibly high, at the minute.

"As you get to know the car, it will be better. But for me it's still far off the limit."

Even Macrow said he was leaving "a bit in the bank" today, as he got his head around major resurfacing and reprofiling work that's been done to the circuit as part of a safety upgrade.

"This place has changed a little bit with the resurfacing, it was pretty slippery over the top [of Dandenong Road] today. You've got to work up to it, I felt like I was working up to it over the top today.

"This car, you can get to the limit and then go past it quickly – and it will bite you. I think the smart thing is to leave a little bit in the bank.

"I had a spin on the first lap anyway, just trying to work out how far we can go on cold tyres and all that."

John Martin, who was third quickest despite jumping between the S5000 and his Honda TCR car all day, agreed today wasn't the day for heroics.

"There's little bits and pieces where you push, maybe down into Turn 1 for the braking," he said.

"Over the top there's no risk, you just kind of feed the car in and see how it soaks the kerb up.

"I think if it was a qualifying session it would be a bit different, but it's Practice 2. Nobody needs to be a hero."