Former Jaguar F1 driver Luciano Burti was the first to make contact with Rubens Barrichello regarding a cameo drive in the Australian S5000 series.

S5000 organisers landed Barrichello as a star attraction for the first-ever round at Sandown last weekend, the Brazilian headlining a 13-strong field of V8-powered open-wheelers.

However the first call that Barrichello took came from fellow Brazilian Burti, a 14-time grand prix starter for Jaguar and Prost back in 2000 and 2001.

"Pee Wee called Burti, do you remember Luciano Burti? He called Luciano and Luciano made the first contact with me," Barrichello told Motorsport.com.

"Peewee [then] called me. He talked about this new series. I wanted to know more about it, about the shape of the car and the power and so on.

"My only concern was that my son was racing at Laguna Seca on the same weekend, so I thought 'should I do it or not?'.

"At the end of the day, there comes a time... I can open the door for my son, but he has to do it for himself.

"So I said 'okay, I'll leave him and go and have some fun myself'."

According to Lambden, Barrichello originally featured as part of a short-list of candidates he and Siddle put together.

The fact that the Sandown weekend fell right after a Brazilian Stock Cars round made the former Ferrari ace available.

"I started to think about who we could get here as a headline act," he said. "And my thoughts immediately turned to Pee Wee.

"So I rang him and we had a chat about options, which included a couple of other Brazilians of some fame. We went through the logistics and who would be available, and it worked out that Rubens was the best option.

"It didn't take that long to put it together. As Rubens said, he agreed straight away.

"It didn't take long to put the basic deal together. We were just fortunate he wasn't tied up that weekend. He raced the last Sunday, he won, and then jumped in the car, went straight to the airport and got [to Melbourne] Tuesday morning.

"Honestly, I don't think I've ever dealt with a more professional and likeable guy. He's just been brilliant."

Barrichello's involvement in the S5000 opener piqued industry interest around the world, the likes of Mark Webber, Jenson Button and Gil De Ferran all contacting the former Ferrari ace.

That, says Lambden, is precisely what S5000 management hoped to achieve  by having Barrichello on the grid.

"That's what this whole weekend has been about," he said.

"It was so important for the first round to tick as many boxes as possible, and having Rubens here has just created that international interest." 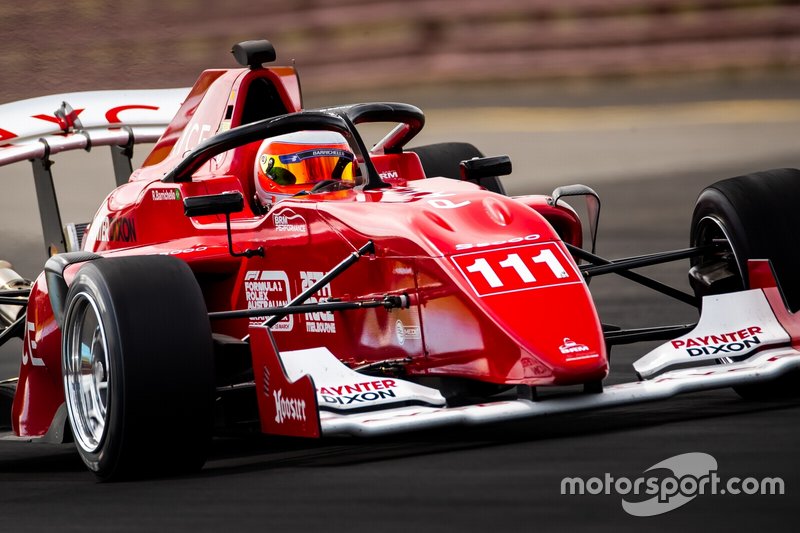