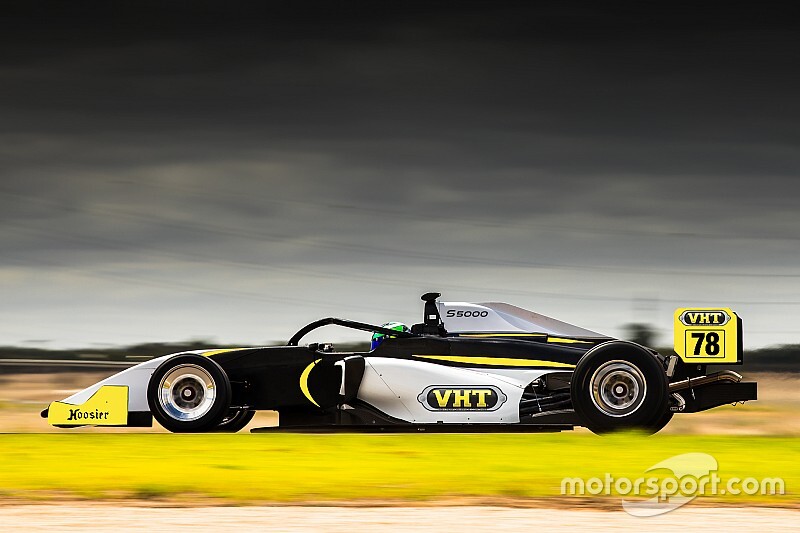 Australia's new V8-powered open-wheeler category will be known as the VHT Australian S5000 Championship for its first full season.

VHT, which manufacturers flameproof coatings, has agreed to provide major backing to S5000 for its six-round 2020 season.

The company was founded in the US in the 1960s, before being imported into Australia in 1970 by Bathurst 1000 winner and long-time motorsport supporter Brian Sampson.

VHT branding will feature on the nosecone and rear wing endplates of every S5000 car in the field, starting from next week's Australian Grand Prix.

“S5000 is a category unlike anything Australian motorsport has seen since Formula 5000, so it is an honour for VHT to be associated with this great racing formula.

“[This year] also marks 50 years since Brian Sampson acquired the distribution rights to the VHT brand in Australia, and to this day Speco Thomas remains its sole distributor.

"In that time VHT has also been associated with numerous forms of Australian open-wheel racing, so our partnership with S5000 continues that great tradition.

“With S5000 being the fastest open wheel category in Australia and VHT being renowned for high-performance coatings, this partnership fits on every level.”

S5000 will boast a star-studded field for its Albert Park opener, with the likes Rubens Barrichello, Giancarlo Fisichella, Alex Premat and James Davison all signed on.

The 16-car field will be racing for the Alan Jones Cup, the first in a series of tributes to former Formula 5000 greats.