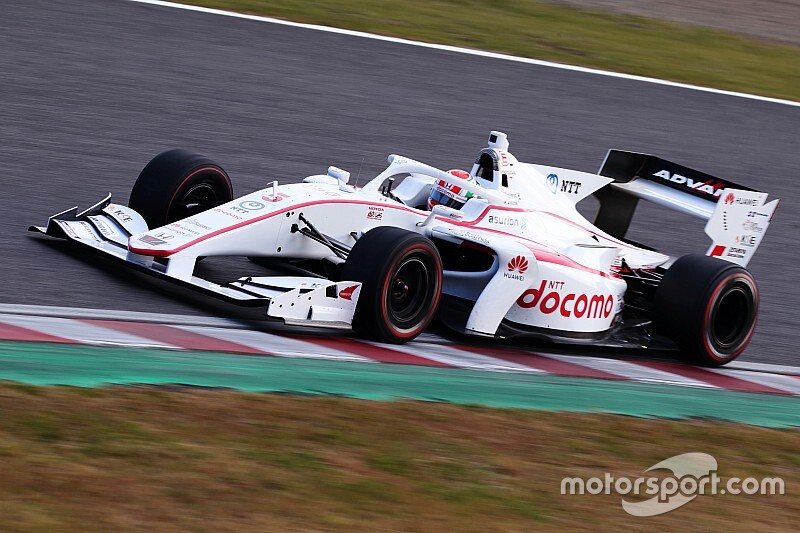 Nirei Fukuzumi unofficially broke the lap record for a Super Formula car at Suzuka to top the final day of post-season rookie testing on Thursday.

With the afternoon session affected by light rain, no driver could breach the 1m36s barrier and Fukuzumi’s morning benchmark remained unbeaten.

Yamamoto’s previous time was also good enough to secure second, with Day 1 pacesetter and Red Bull junior Juri Vips finishing third for Mugen with the laptime he set in the morning.

Toshiki Oyu, who was sharing one of the two Nakajima cars with Hiroki Otsu, was fourth-quickest, while Tomoki Nojiri (Mugen) ended up fifth despite causing a red flag in the afternoon.

Formula 2 race winner Nobuharu Matsushita (Drago Corse) was sixth and the last of the drivers to eclipse Nakajima’s lap record.

Kondo Racing again ended up as the top Toyota team amid Honda domination, with Kenta Yamashita setting the seventh-quickest lap - a 1m35.966s.

Lucas Auer was eighth in the lead B-Max with Motopark entry, ahead of Nakajima’s Tadasuke Makino, who topped the afternoon session.

Hiroaki Ishiura was only the second Toyota runner to break inside the top 10, finishing more than a second down on Fukuzumi in 10th.

The second and final day of rookie testing featured several red flags, including a 35-minute stoppage in the morning to fix the timing system.