Red Bull junior Juri Vips set the pace on the opening day of Super Formula rookie testing at Suzuka on Wednesday, as Honda runners locked out eight spots inside the top 10. 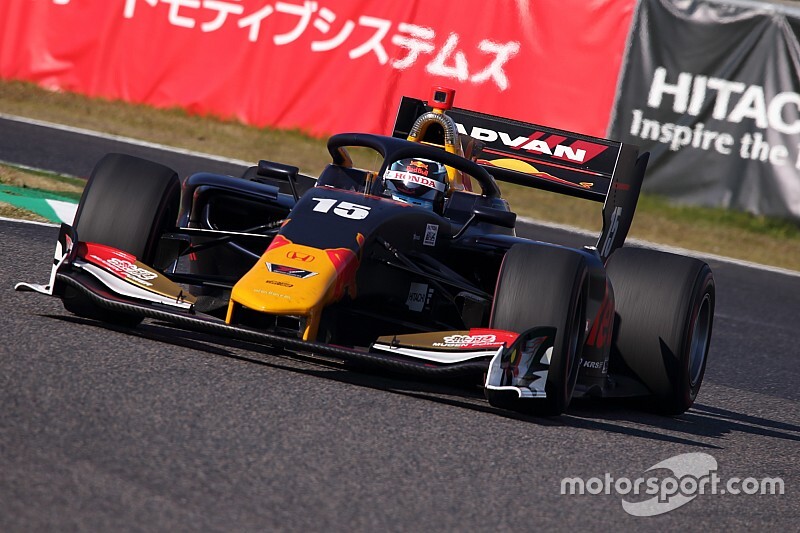 Vips, who made his series debut at the same circuit in October, finished second-fastest in the morning session, before suffering a crash at the first Degner in the afternoon.

However, the Mugen driver was able to return to the track later to set a time of 1m36.215s, which would remain unbeaten after two red flags were deployed in quick succession in the dying stages of the session.

The first caution period was initiated when Team LeMans’ Yoshiaki Katayama stopped on track with five minutes left on clock, prompting the session to be extended by 11 minutes.

However, there were no changes at the top as an incident involving Formula 2 race winner Nobuharu Matsushita (Drago Corse) caused another red flag, effectively ending the session.

Tomoki Nojiri finished fifth in the second of the two Mugen entries, seven tenths down on his pace-setting teammate, while reigning Japanese F3 champion Sacha Fenestraz finished sixth on his first outing in a Super Formula car.

Fenestraz’s teammate Kenta Yamashita, who has moved across from Team LeMans for the test, was next up in seventh, ahead of B-Max with Motopark duo Lucas Auer and Charles Milesi, and the Nakajima Racing car of Tadasuke Makino.

Newly-crowned Super Formula champion Nick Cassidy finished 17th for TOM’S, as Toyota-powered cars were visibly off the pace compared to their Honda-engined rivals.

The post-season Super Formula test continues on Thursday, with two sessions of two hours each scheduled on either side of the lunch break.

Red Bull junior Vips to race in Formula 2 next year