Naoki Yamamoto doesn’t see foresee himself winning the 2019 Super Formula title “with my current driving,'' despite retaking the championship lead ahead of next month’s Suzuka title decider. 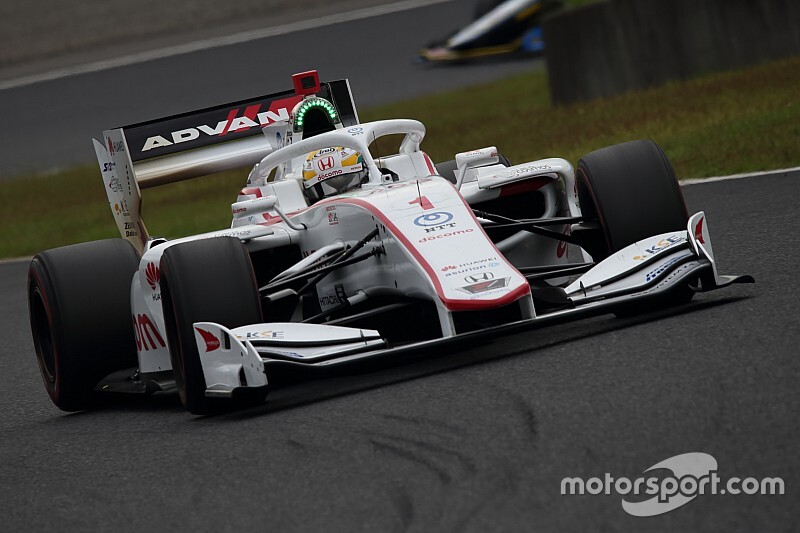 After suffering two non-points finishes at Fuji and Motegi, Yamamoto qualified a disappointing 16th at Okayama, before a collision between his championship rival Nick Cassidy and Kamui Kobayashi elevated him to seventh in the race.

That result moved him one point clear of Cassidy in the drivers’ standings, with Alex Palou another four points adrift in third.

The 31-year-old had previously admitted that this season has “highlighted my weakness” and he now insists that he must bring about changes in his driving if he’s to retain his drivers’ crown.

“This time [at Okayama] I was able to retake the championship lead with the help of my team,” Yamamoto said. “Of course, I again need the full support from my team for the final race.

"I will draw strength from everyone and try my hardest to win the championship in the end.”

"My rivals are no slouch and and even though it's an advantage to be in front even by one point, I don't think I can honestly win [the title] with my current driving.

"I think that it will be difficult in the future if we do not make further changes - while retaining our core strengths. It's painful, but I want to be able to change myself. I don't think we can win the title as it is now.”

Yamamoto took advantage of the safety car to make two pitstops in as many laps, with the clever strategy call allowing him to reduce the time spent on the medium tyre - which proved to be over two seconds a lap slower than the soft compound - to just a single lap.

That, combined with two separate collisions involving Kobayashi, allowed Yamamoto to snatch seventh on the final lap and return to points for the first time since winning the Sugo race in June.

"At that moment the team decided [to pit],” he explained. “It really helped me with my team's strategy and judgement.

"I felt hopeless because I had sunk so far behind in the qualifying, but I didn't give up and tried to catch up in the race. Considering our qualifying position, I think being able to score two points was a big achievement.”