McLaren believes the introduction of the WEC’s hypercar regulations around the same time as Formula 1’s 2021 overhaul is "opportune timing” as the brand considers a future Le Mans 24 Hours assault.

Ahead of this weekend’s season finale at Le Mans, the Automobile Club de l’Ouest confirmed the rules for the top class of the FIA World Endurance Championship for the 2020/21 season, ending months of uncertainty about the direction of the series.

McLaren, which has been an active part of the discussions around the replacement of the current LMP1 category, is now evaluating whether it will take part in the new class, to which Aston Martin and Toyota have already committed.

“I think it is good that they have finalised and announced it because it gives us something to react to,” McLaren CEO Zak Brown told media at Le Mans.

More on the WEC's future:

Brown has ruled out lodging an entry for the first season of the new regulations, but would like to see the Woking-based outfit join from the 2021/22 season onwards.

He says that F1’s proposed budget cap from 2021 will help the team restructure to take on a hypercar programme.

“It's all part of the analysis of how and when we would we do it,” he explained. "The budget cap comes in in 2021 and the soonest we would be ready here is in 2021.

“So as you look to restructure your whole organisation, that is opportune timing.”

Brown, who would “lean towards the road car-based side of the new regulations”, thinks it can take on a hypercar programme alongside its F1 activities and a possible IndyCar return.

"All of our racing decisions would be taken in isolation. It would have nothing to do with our F1 team and a bespoke team would be set up to run it. It would not disrupt our F1 activities.

"Formula 1 has to economically make sense, which currently it doesn’t but hopefully with the budget cap coming in it will economically more viable.

“We would run everything independently, not only technically but fiscally."

McLaren sporting director Gil de Ferran added: "Obviously there is a big shift in rules in 2021. We’ve been doing a lot of planning coming into that phase, so all of these considerations being WEC or IndyCar takes all of this into account.

“On the F1 front there is a whole new world in terms of the regulations, so there may be an opportunity to deploy people in a different way."

De Ferran confirmed McLaren driver Fernando Alonso, already a Le Mans winner with Toyota, would be in the frame for a seat in a potential WEC team along with the team’s current F1 drivers Carlos Sainz and Lando Norris.

“Fernando is part of the McLaren family,” said de Ferran. “I think any team would be glad to have Fernando driving in one of their cars and we are no exception.

"We haven’t finalised anything like that. We’ll be looking towards having the best possible driver line-up. If that includes some of our F1 drivers that would be great." 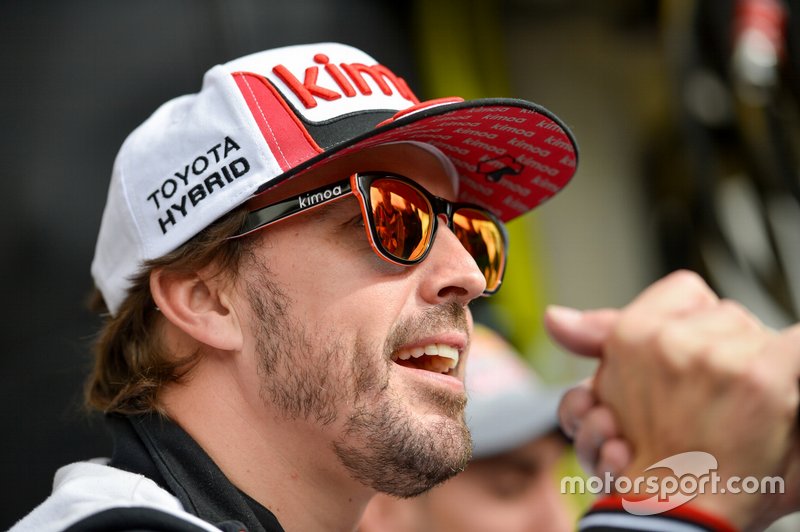