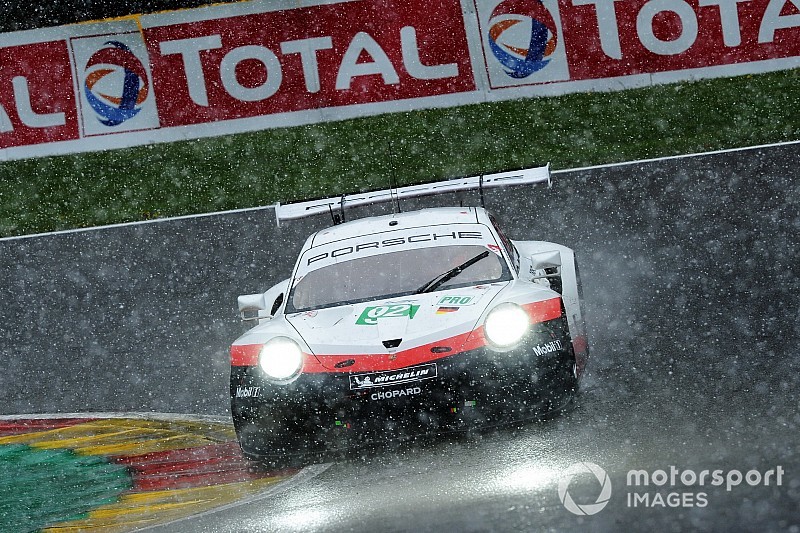 The crew of the #92 Porsche 911 RSR had the chance to wrap up the GTE Pro drivers’ title with a race in hand in Belgium, but ultimately fell just short of doing so with a fourth-place finish – which became third when the sister #91 car was penalised late in the race.

That result was enough for Porsche to seal the manufacturers’ crown, but Estre admits the pre-race points situation led to the Weissach marque taking overly conservative strategic decisions when multiple rain and snow showers hit the track.

“We had the pace to win for sure, but we made some mistakes on strategy, just because of our position in the championship,” Estre told Motorsport.com. “We had to take the safe way and we lost some positions like this.

“On one of my stints at the beginning, we were on full wets. It was under safety car, the track was drying out but not enough for slicks in my opinion. We took the drying wet [tyre] but the safety car stayed out and the track dried really fast.

“People came in one lap later, put on the slicks, and that was a better strategy. We had to pit again to take slicks and we lost 30, 40 seconds.

“Then the last pitstop, everybody came in with one hour and 20 or 30 minutes to go and I think nobody could have gone to the end. We knew we had to stop once more, we stopped, put some fuel in. Some didn’t, hoping for a long safety car – and that’s what happened.

“That helped them finish on the fuel and we lost track position. We were in front of [James] Calado and [Alessandro] Pier Guidi [in the #51 Ferrari], so we could have finished P2 if we stayed out. We were on the safe side.” 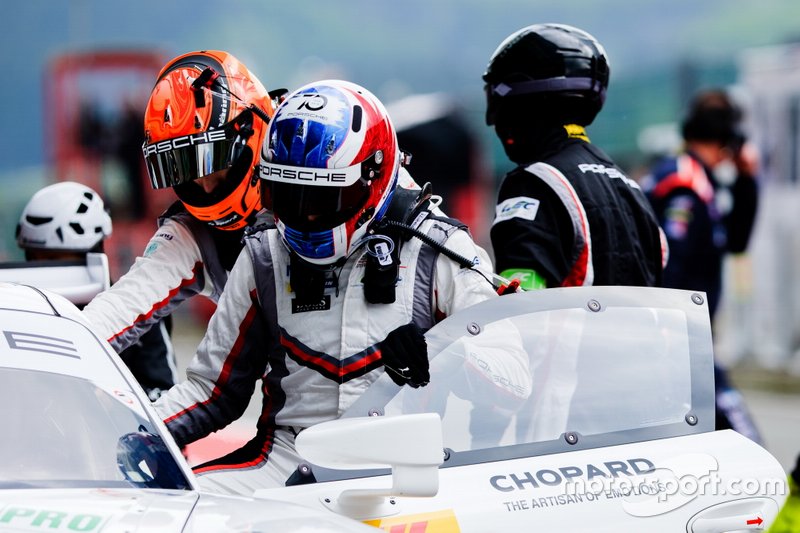 He added: “I think in every conditions we were fast – full wet, drying track, dry, everywhere fast. It’s just, when do you change tyres; when do you assume the safety car will come in?

The penalty for Gianmaria Bruni and Richard Lietz in the #91 Porsche came after Lietz struck the rear of Giancarlo Fisichella’s #54 Spirit of Race Ferrari at the Bus Stop chicane late in the race, tipping the ex-Formula 1 driver into a spin.

Bruni said he felt the drive-through – converted into a time penalty when the race was stopped – was harsh because the collision with Fisichella was caused by Lietz being hit in turn by another car.

“Very disappointed, especially given how the race went,” Bruni told Motorsport.com. “At one point we were leading after two hours when I jumped out of the car.

“In the end we finished third, good strategy, we saved fuel and didn’t do the splash. But we get penalised. Richard was hit by the guy behind at the Bus Stop, first gear.

“He didn’t do nothing on purpose, it was just one Ferrari hit him, and he hit the other.” 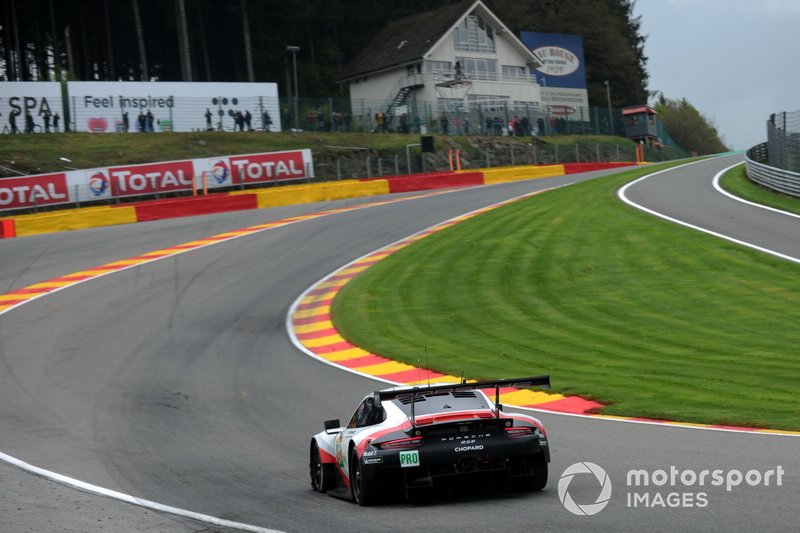 Dillmann: "Something always happens" to ByKolles