The Automobile Club de l’Ouest and the FIA told media during March’s Sebring 1000 Miles that rules were close to being agreed upon, after confirming that road-going hypercars would be accommodated in a bid to increase the formula’s attractiveness to manufacturers.

However, there have been no further updates from series organisers at this weekend’s Spa race, and no official news is expected before the Le Mans 24 Hours, just 14 months from the planned start of the 2020/21 campaign at Silverstone.

WEC CEO Gerard Neveu admitted he was “impatient” with the situation in a Thursday press conference but refused to provide any further details of the discussions.

Leupen suggested that Toyota was prepared to sign up for the 2020/21 rules as they were announced in December – featuring only prototypes with hypercar styling cues – but revealed the delays were beginning to impinge on Toyota’s budget plans.

“It’s late,” said Leupen. “When we talk about cost efficiency for regulations in 2020/21, my budgets are significantly under pressure because things are not decided.

“We have a shorter time, but the hours to do the car are not reduced. So we need to get more people in the same time to do the job. It’s not cost-efficient. It’s ridiculous.”

Asked who is to blame for the delay, Leupen replied: “We had regulations in December which I think were well-thought of. Ok, there were no other competitors joining at that time, so it was better to see how you could accommodate [them].

“I think there was an understanding to go prototype and hypercar regulations [together], then you can choose and Balance of Performance goes on top. We agreed to all of that.

“We want to have competition. If other manufacturers want to use their road cars, so be it, but we have not seen this as more cost-efficient [than designing a prototype from scratch].”

He added: “It’s a bit sad we cannot confirm our participation. My understanding is the next Technical Working Group is on May 16. Then we approach a kind of deadline.”

Leupen stated that Toyota could not tolerate a delay in the new rules and that the 2019/20 campaign will definitely be the last one for the current TS050 Hybrid.

“We have no intention to continue with this car after the 2019/20 season, under current circumstances,” he said.

The Dutchman was also asked about recent reports that the WEC rulemakers are now considering upgraded GTE cars to become the series’ top category.

“I have heard the rumours, but for us it’s no option,” said Leupen. “We are not in discussions about this. This is not [being talked about] within Toyota.

“We have no GTE car. The [Lexus] LFA is old, the Supra is not in this category. I would assume exit for us [if the WEC pursued this].” 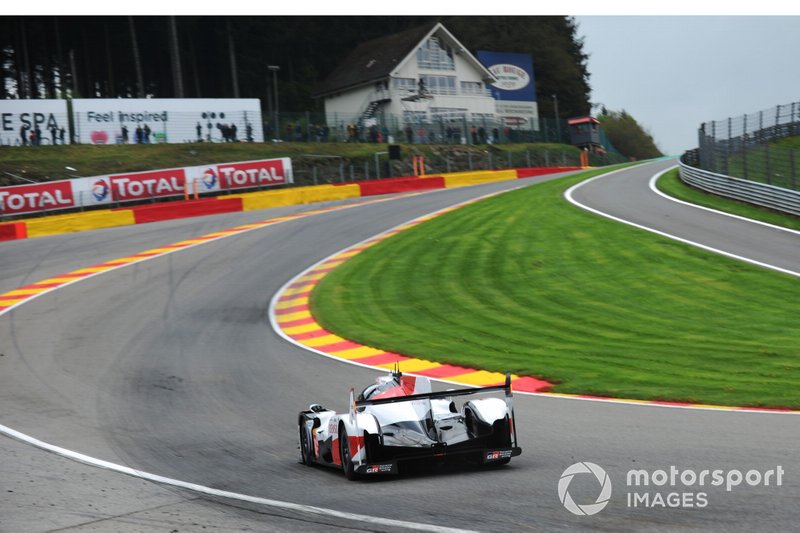 Hirakawa admits Toyota WEC test is “quite a big chance”