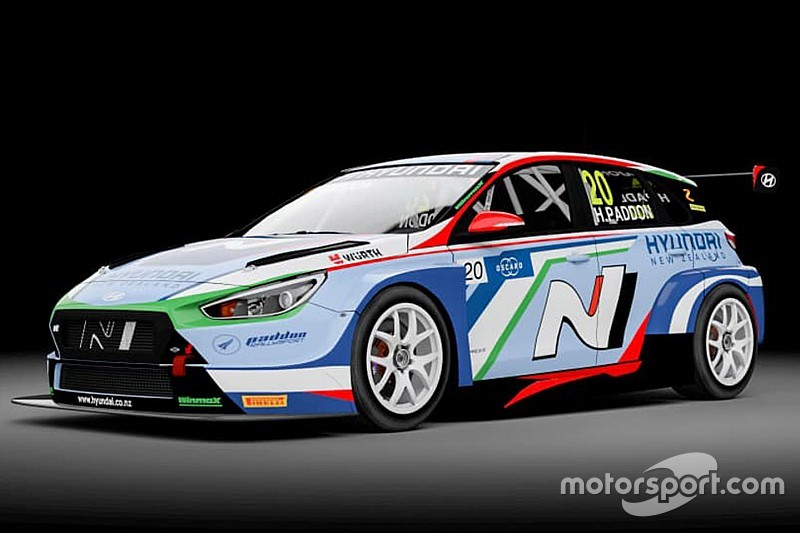 New Zealand rally star Hayden Paddon has ordered a Hyundai i30 TCR to help him refine his asphalt driving technique this season.

Paddon, who lost his Hyundai seat to Sebastien Loeb this year, is working every possible angle to find a way back into the WRC, and taking delivery of one of the Korean manufacturer’s race cars is a sensible option.

The Kiwi’s team is now based out of the Highlands Motorsport Park close to Queenstown, which means he has daily access to the 2.6-mile circuit.

It could also lead to proper race outings, following this week's news that MotorSport NZ will start a local TCR series in 2020.

“Having a facility where you can just sign in and get out there and do some laps is fantastic,” Paddon told Motorsport.com. “Seat time is still so important and driving in a variety of conditions is really useful. The chance came to buy an i30 TCR and bring it down here and we jumped at the chance.

“I’m always looking for ways to help work on my driving, especially on asphalt and this is another way to do that. There’s talk of a possible TCR series in New Zealand for next year, so maybe we’d do some of those races – but everything is still absolutely geared to getting me back to the WRC.

“I’m doing plenty of rallies down here in New Zealand and Asia Pacific this year, driving our [i20] AP4 car, but those events are gravel and I wanted to keep working on my tarmac driving.”

While the former Rally Argentina winner is working towards a WRC return, he will make his debut in the Global Rallycross Europe series in June, driving a single-make Pantera RX6, bodied in a silhouette Hyundai i30.

“The rallycross will help keep me sharp,” said Paddon, “having plenty of cars around you and all fighting for the same apex is going to pretty exciting.

"I’m in Europe later this month to test the car for the first time. But, like I said, the focus is rallying. It’s the Otago Rally next week and that’ll be the first competition since we finished second on Rally Australia. I’m looking forward to being back out there.”

Ogier: Corsica was a "real-life test" for Citroen