Bautista "very angry" after another "not acceptable" crash 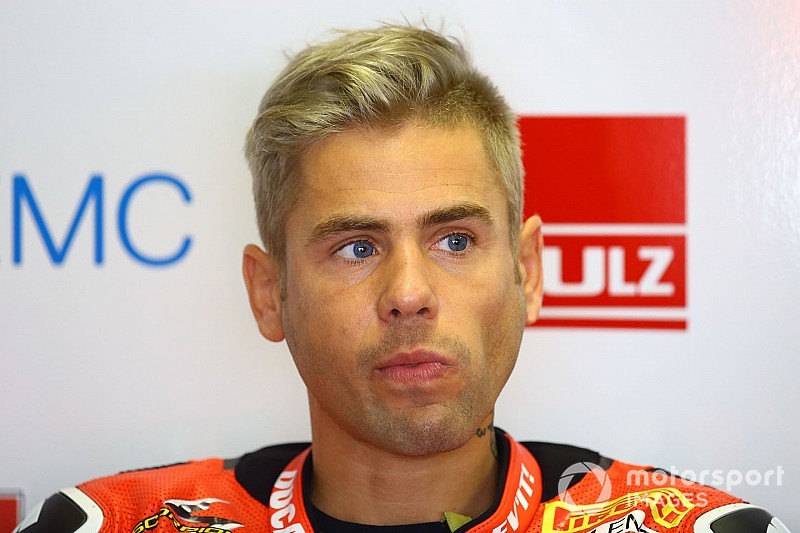 Ducati’s Alvaro Bautista says he is “very angry” with himself after crashing out of two World Superbike feature races in as many rounds, which he branded “not acceptable”.

The Ducati rider fell at the first corner in the second full-length race at Jerez two weeks ago having just taken the lead, and did the same at Turn 4 at Misano on Sunday, before rejoining to finish 14th.

With Kawasaki rival Jonathan Rea winning, Bautista's lead in the championship has been reduced to just 16 points, having stood at 39 prior to the second Misano feature race.

Bautista says he “didn't do something crazy” to force a crash, and suspects over-confidence from his Superpole race win in earlier on Sunday was to blame.

“I'm angry with myself because I did two mistakes in two races and this is not acceptable,” said Bautista.

“In the morning I felt so good on the bike, I did a good race and in second race I knew that track condition was slippery, more difficult to go fast.

“I crashed, I tried to save the crash, but I cannot and I'm very angry with myself.”

The MotoGP convert says the change in track conditions from the Superpole race and the second feature outing at Misano was “bigger” than at any other round this season, but also concedes he needs to be more careful in the early laps.

“Maybe this is the first two races between the Superpole race and race two [where] there is more difference in track conditions,” he added.

“In Australia, track conditions were more or less not a big difference. Thailand was hot in both [races], so no difference.

“Also in Aragon was more or less the temperature in the morning and afternoon. In Assen, it was cold [in] both.

“So I think these two races have been where the difference in track conditions was bigger.

“Also, in the Superpole race you use less fuel and in race two you use more fuel. So I have to work on it and, as I say, I think I have too much confidence in my riding and my bike.

“So maybe we have to be more ready or more wary, especially in the first laps.”