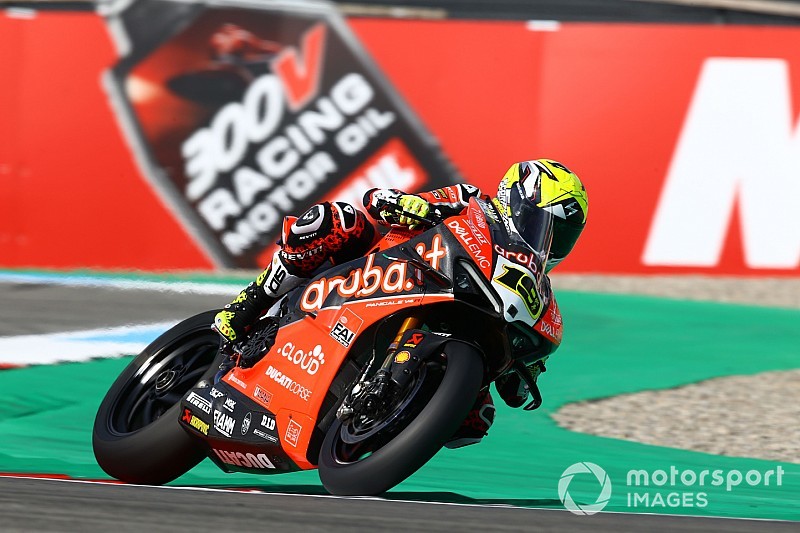 Alvaro Bautista was victorious yet again in the final World Superbike race at Assen as Jonathan Rea's streak of second-place finishes was ended by local hero Michael van der Mark.

Rea had a brilliant start from eighth on the grid and led five corners into the race, but the Kawasaki rider did not pull away from Bautista and instead led a group involving several riders.

While Bautista was cautious in the early stages and did not challenge Rea, others were unable to demote the Ducati rider despite him being closely followed by the likes of van der Mark and Leon Haslam.

As his teammate Chaz Davies moved up to third, Bautista finally made a move on Rea at Turn 8 and his teammate followed suit a corner later.

Rea was even temporarily passed by van der Mark and while the Northern Irishman quickly retook second, this was all Bautista needed to escape the reigning champion.

The gap between the top two stagnated for a handful of laps before Bautista started to gradually stretch his advantage, and he took the chequered flag by 4.6s.

Once his victory challenge was over, Rea came under pressure from van der Mark, and the Dutchman pulled off a brave move on the way into the Turn 17-18 chicane with three laps remaining.

Rea did not drop back and was all over Van der Mark at the chequered flag, but the latter secured second by 0.018s, meaning Rea's streak of second-place finishes ends at 10.

Alex Lowes took fourth but was more than 10 seconds behind Bautista, whose teammate Davies ended up fifth.

BMW duo Markus Reiterberger and Tom Sykes took sixth and seventh with Haslam dropping to eighth despite being in podium contention early on.

Rea: No WSBK tracks where I can beat Bautista right now