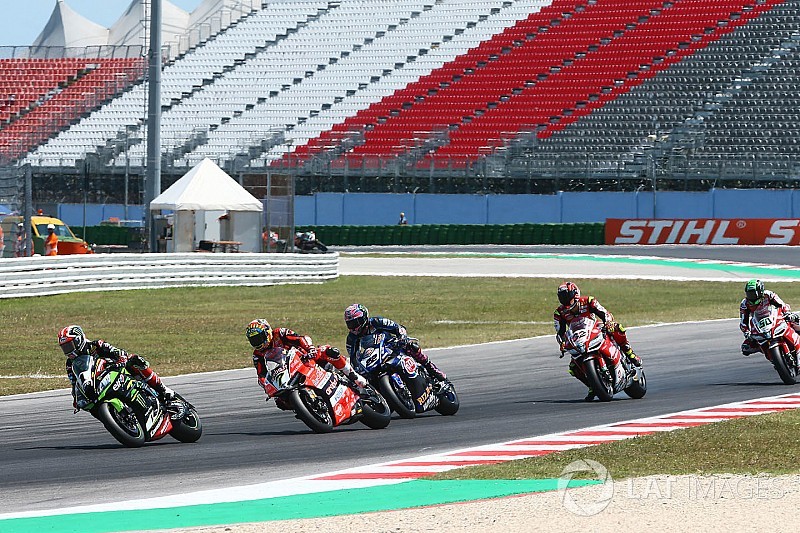 WSBK introduced an adjustable rev limit for this season in a bid to stop the continued hegemony of Kawasaki and triple world champion Rea.

Despite a close title battle at the beginning of the season, Rea has since tallied up 10 victories and built up a championship lead of 92 points over second-placed Chaz Davies on the Ducati.

Smart believes the new rev limit has made the races “more exciting” this year, but concedes the performance of Rea means it “doesn't matter” what is done to control bike performance.

“In the 2015 season, even I was surprised at how quickly various manufacturers were able to increase revs and improve their performance over the course of the season.

“At the beginning of the season, the races were pretty tight, but later they weren't. We were able to make the races more exciting by setting the rev limit.

“But there are always factors that cannot be controlled, such as the talent of the riders. There are one or two riders in this championship who are simply better. They are very strong every weekend.

"Johnny [Rea] makes very few mistakes. He's constantly fast. So it doesn't matter what we do, he and Chaz are always the riders who stand out in this championship.

“We can bring balance to the motorcycles, but it is of course not possible for the riders.”

Smart feels Ducati's new Panigale V4 it will introduce next year will create a “new headache” for WSBK rule makers, amid fears the road model the race bike will be based on will have increased revs.

While Ducati has yet to present its homologation basis for its new machine, Smart says efforts are already being made to stop the Italian marque from greatly exploiting the rules.

“We are going to look at character of the engine and the standard rev limiter. Whichever gives us the lower figure, we take.

“We have it in the regulations that if there is a massive imbalance in the preseason we can change immediately before the first race.

“After we started the championship we can change the rpm balance after three rounds.”

Haslam to return to WSBK with Kawasaki in 2019