Mattias Ekstrom has been surprised by how much he is enjoying a switch to electric touring car racing after becoming the latest winner of the all-new Pure ETCR series.

The championship shared the bill with the FIA World Touring Car Cup at the Spanish venue.

Ekstrom led virtually the entire distance on a sweltering day to add a Pure ETCR race win to his impressive motorsport resume.

After starting well, he pulled out a two-second gap over polesitter Jean-Karl Vernay’s Hyundai by half-distance and maintained it over the remainder of the seven-lap race.

The victory sees the Cupra X Zengo Motorsport driver open up a 22-point lead in the championship standings over Vernay, while Ekstrom's team-mate Jordi Gene has climbed to third. 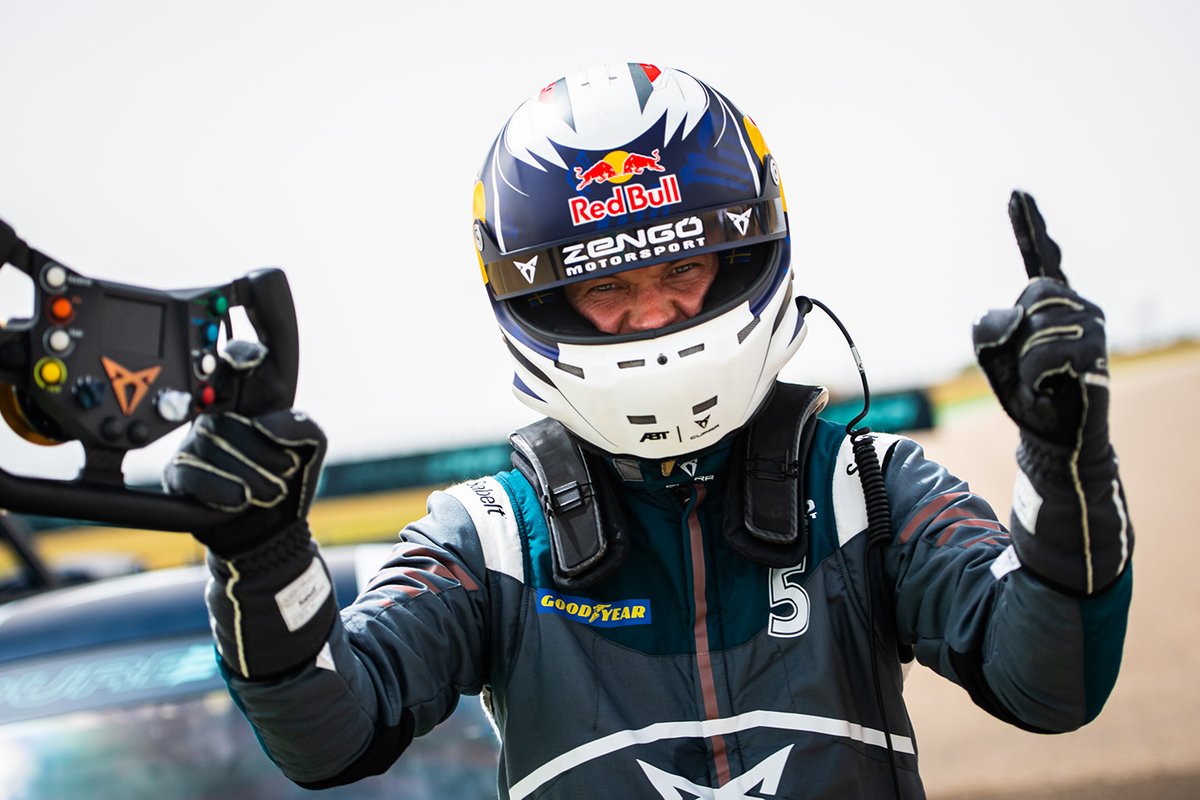 Having raced top level touring cars for the majority of his career, Ekstrom says he is enjoying this latest touring car challenge and is calling for more manufacturers to join the series.

“I had a good weekend so I’m very happy. Except for my too-conservative lap in qualifying, I am happy with the performance,” said Ekstrom.

“It would have been nice to have Luca Filippi in the SuperFinal, but he had a problem. I was looking forward to that battle.

“I didn’t expect to like Pure ETCR this much, but every weekend I enjoy it more. I’d be very happy to see a lot more manufacturers and drivers to come and battle with us, because it’s a really cool concept and I think we’ve proved it’s very action-packed too.”

The championship will now head to Denmark for its maiden street circuit race around a 2.4km circuit in the nation’s capital Copenhagen on 6-8 August. The track has previously hosted the Copenhagen Historic Grand Prix since 2013.

The boss of the World Touring Car Cup has stated his hope that Cyan Lynk & Co will return next year, following its dramatic mid-season withdrawal over tyre safety concerns.

WTCR organisers have called Cyan Racing Lynk & Co’s withdrawal on the eve of the Anneau Du Rhin round “surprising but also very unfortunate” amid plans to solve the tyre issues.

The World Touring Car Cup has cancelled its two races on the Nurburgring Nordschleife this weekend because of safety fears over Goodyear’s control tyres on the 15.77-mile circuit.