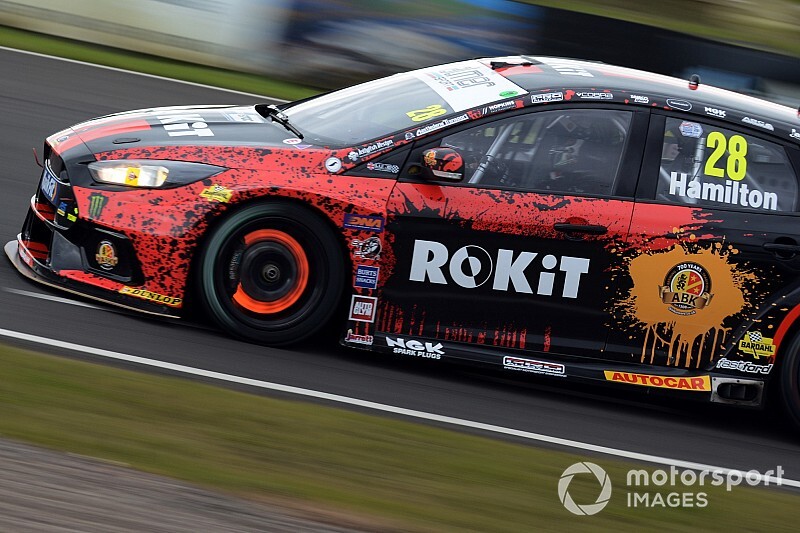 Nic Hamilton has decided to step back from the BTCC ahead of this weekend's Silverstone round and will ‘regroup’ before returning in 2020.

The half-brother of five-time Formula 1 champion Lewis joined the Motorbase Performance team this season to drive one of its Ford Focus car for what was meant to be his first full season.

But Hamilton, who has cerebral palsy, has decided to sit out the rounds at Silverstone this weekend and the Brands Hatch finale on October 12-13 following sponsorship issues.

It comes despite a recent injection of cash from sponsor ROKiT that allowed him to participate in the most recent round of the series at Knockhill.

“Having competed in all eight of the BTCC race events so far this year, I have decided to step back from the final two rounds of the season, to regroup and come back stronger next year,” said Hamilton.

“Many thanks to all of my partners for making this year possible. I have proven a lot to myself and to all that ever doubted me. See you in 2020, where I will be hungrier and stronger than ever.”

Hamilton took a best finish of 18th over the course of the 24 races so far this season in the final race at Snetterton. It is unclear if Motorbase will continue to field the car with a replacement driver this weekend.

Team principal David Bartrum said: “It has taken a huge amount of effort, hard work, and determination from Nic to reach the BTCC grid. I think he’s shown that he’s a very capable driver, and surprised people along the way.

“Everyone at Motorbase Performance wishes him the very best with his journey and future motor racing career.”