Metge established a narrow 28-second lead over teammate Lorenzo Santolino on the opening day, before streaking clear of the rest of the field on Day 2 to take an emphatic victory by 3m39s.

“I am thrilled to be finishing at the top for the second time," said Metge. "Baja is a great learning ground as the stages are long and challenging. I am grateful to Sherco TVS Rally Factory Team for the support.“

Santolino, who was on course to finish as top rookie in Dakar this year before a crash, eventually ended up fourth in Baja Aragon, 14m down on his teammate.

“Michael was in excellent form throughout the Rally, never relinquishing the top spot.  Lorenzo’s recovery post has been phenomenal leading to him performing exceptionally well.

“Our Indian rider Harith’s training with the team has reaped rewards with him securing a top 10 finish. We hope to continue with the same momentum for the upcoming rallies.” 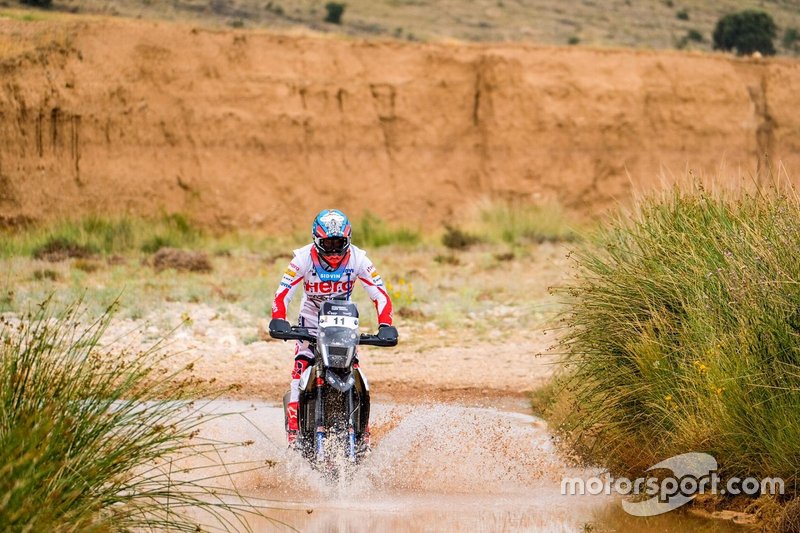 Santosh lost time with a crash in the first stage, while any hopes of a top 10 result for Rodrigues were vanished when he retired on Day 1.

“I think I made some good progress with my speed here and quite happy to finish the BAJA Aragon,” said Santosh.

“I had a big crash in the first stage as I was looking to push hard today but managed to cross the finish line for the team.

“I guess I am working towards striking that balance and BAJA Aragon was a good practice run for me to assess that. Now we take all this and build it up for the next 2 rallies in Morocco.”

Rodrigues added: ”Today was definitely a better day than yesterday as I was forced to retire due to the crash.

“I started at the back so it was difficult to pass all the quads and other riders with all that dust but got into a good rhythm and played safe to bring the bike home. I am happy with the result as I managed to bring my Hero across the finish line today.”