DTM boss Gerhard Berger says the series has a long-term future at Assen following its debut on the calendar last weekend, as the 2020 schedule begins to take shape.

The DTM has today announced that the series will return to Assen and the Nurburgring in 2020, while also confirming that new-for-2019 addition Zolder will also stay on the calendar.

Both Assen and Zolder were considered successful additions while returning Misano again struggled for spectators despite abandoning its night-race format and Ducati MotoGP star Andrea Dovizioso making an appearance in a WRT-run Audi RS5 DTM.

Motorsport.com understands the DTM has a three-year deal with Assen, with various clauses within the agreement.

Asked by Motorsport.com if Assen had a long-term future considering its successful debut, Berger said: "After this weekend, yes. [It was a] good experience. Here there is room to have further great events [in the coming years]."

He continued: "I’m really impressed, it’s the first time here and I went around the circuit yesterday and I don’t understand why Formula 1 is not here, because it is one of the best circuits I have seen.

Berger also confirmed that the DTM will not have multiple races in a country anywhere outside of Germany, meaning the DTM is unlikely to return to Zandvoort in the coming years.

The struggles of Misano means its place on the calendar could be under threat and Berger said he would not "give up" on Italy because of his affinity for the country and his spell as a Ferrari F1 driver between 1993 and '95.

Berger has previously revealed his "dream" to race at Monaco but warned at Assen that a potential race in the Principality was unlikely in the short-term.

Berger also told Motorsport.com that new races could appear on the 2020 calendar, but it is currently unclear as to how many rounds will feature on the calendar.

The DTM will return to the Brands Hatch Grand Prix circuit for the second year in a row in August and Motorsport.com understands that BMW has now ruled out running a guest driver.

Audi had already committed to not running a guest driver at the event, while the R-Motorsport Aston Martin squad cannot currently do so as it only has the four Vantages. 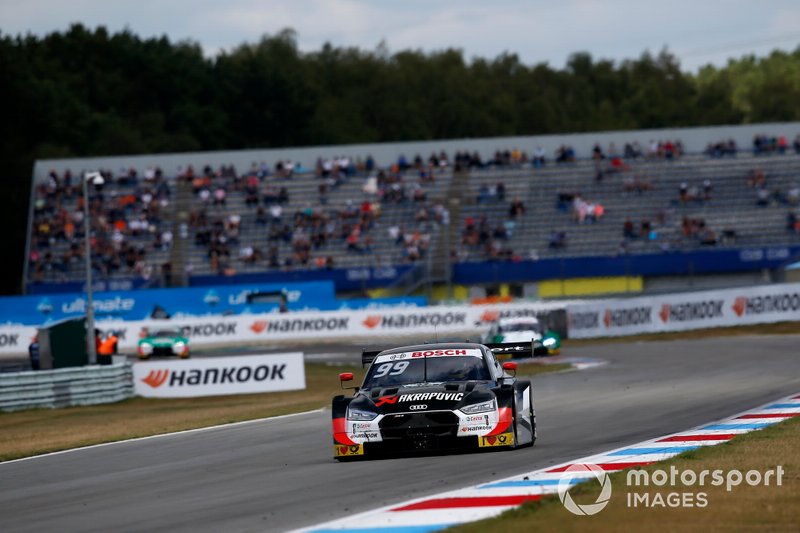 The man behind the Vettel tribute helmet in Hockenheim

Miller hails Le Mans as his 'most convincing race'

Miller hails Le Mans as his 'most convincing race'