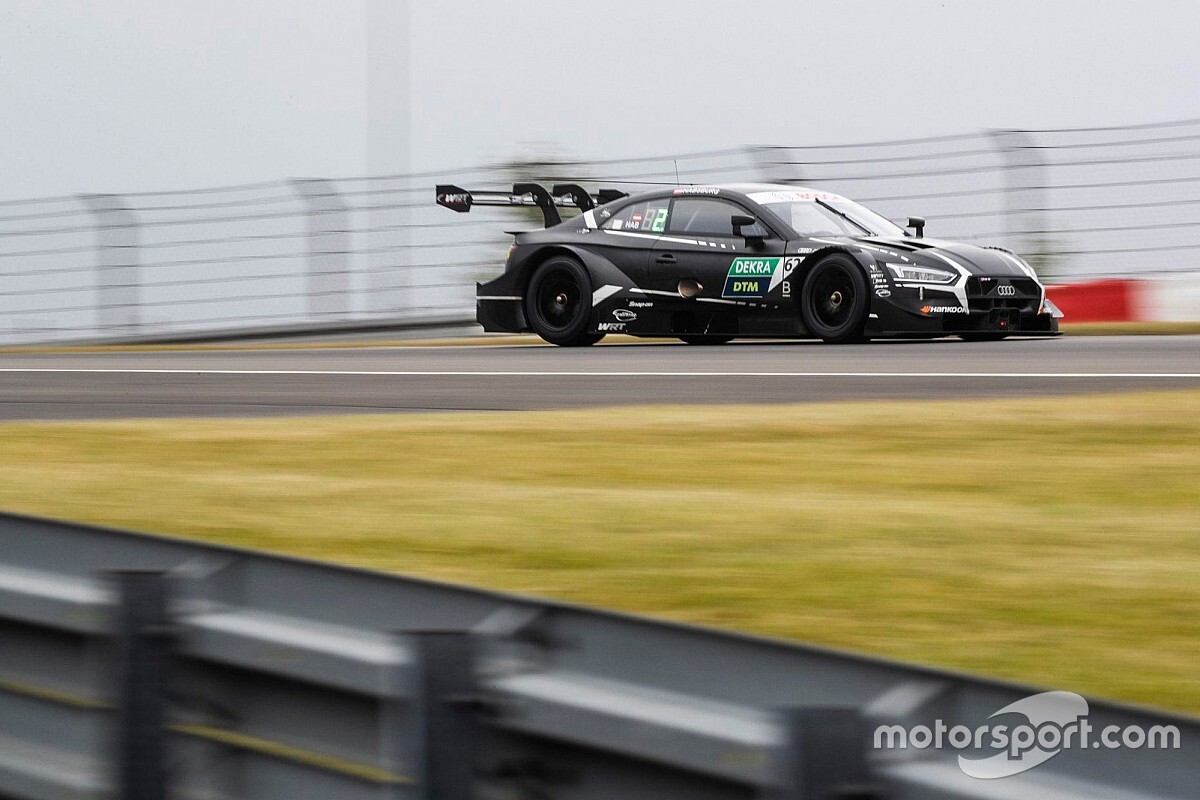 Ferdinand Habsburg stayed on top of the timesheets on the third day of DTM pre-season testing at the Nurburgring on Wednesday, leading a 1-2-3 finish for Audi.

WRT driver Habsburg broke the 1m19s barrier on his penultimate run in the morning session, eclipsing Philipp Eng’s benchmark from Day 1 with a time of 1m18.911s.

Nico Muller was the only other driver to set a lap in the 1m18s bracket, ending up 0.033s adrift of Habsburg in second.

Jamie Green finished another 0.093s behind in third, while Sheldon van der Linde was the top driver for BMW in fourth with a time of 1m19.070s.

BMW stablemate Timo Glock, who will revert to a familiar yellow colour scheme this year, was fifth fastest, while Fabio Scherer finished sixth in the second of the WRT Audis after completing just 31 laps all day.

Formula 1 convert Robert Kubica (ART BMW) made further inroads on the penultimate day of testing, setting a best time of 1m19.641s to end up 0.730s off the pace in seventh.

Eight of the 10 participating drivers logged over a 100 laps on Wednesday, with Aberdein leading the charts with a total of 152 laps. That was despite early morning fog delaying the start of the running, and rain hitting the track just prior to the lunch break.

The sole pre-season DTM test will conclude on Thursday.