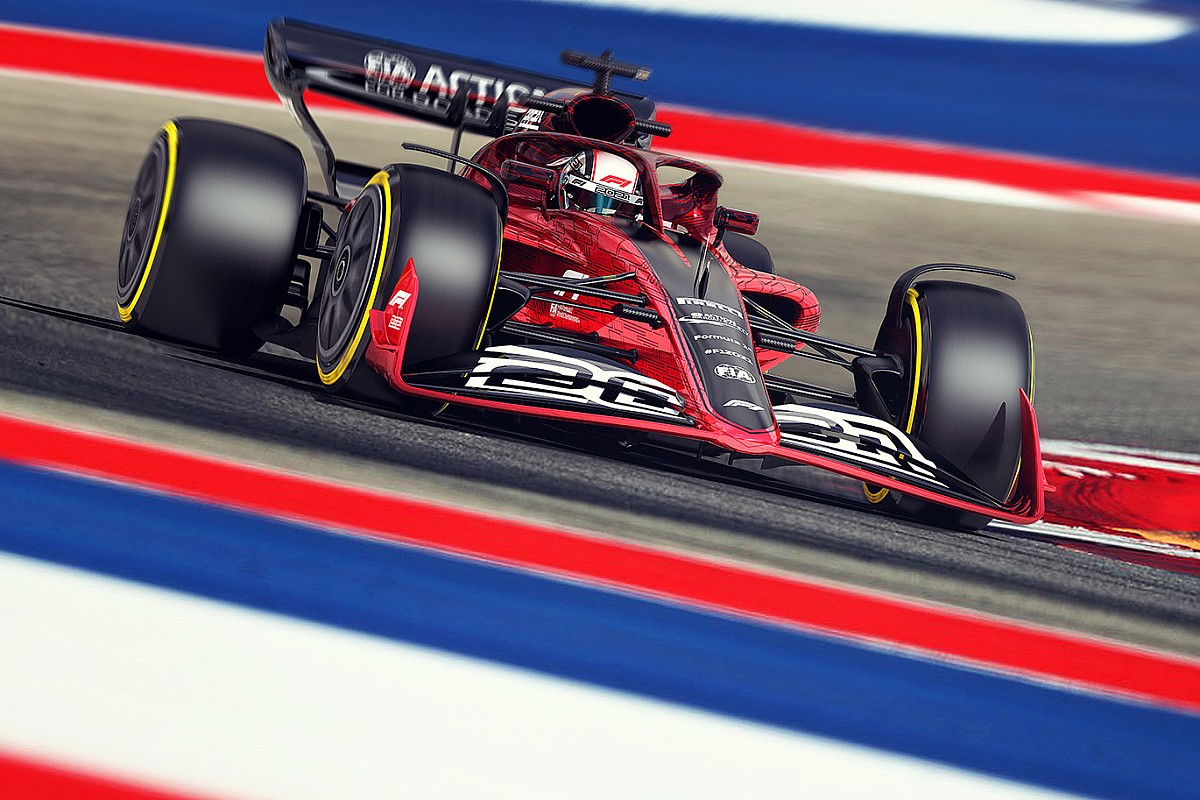 Formula 1 chiefs expect the new 2021 cars to be around three seconds per lap slower than the current machines, but believe that is a price worth paying for allowing better racing.

The move towards the new ground effect designs – which are aimed at allowing drivers to follow each other better – mean that there will be a reduction in downforce and an increase in minimum weight.

Speaking ahead of the United States Grand Prix, the FIA's head of single-seater matters Nikolas Tombazis said that current predictions were that there would be a noticeable increase in laptimes as a result, but insists that performance was not the key issue.

"We are expecting cars to be approximately 3-3.5 seconds slower per lap," he said. "But we don't think that is the key parameter of the spectacle. We feel the raceability is the main target.

"We haven't been focusing on an exact level of performance. We cannot predict exactly where the downforce will end up compared to the current cars, it will be a bit less after the development has been carried out.

F1 managing director of motorsport Ross Brawn believed the sport had made a mistake for 2017 when it put its focus on delivering the fastest ever cars.

He says that a return to the kind of performance that F1 machinery had in 2016 will not be a retrograde step if the racing is improved.

"These cars from 2016 to 2017 had a huge increase in downforce, and it is worth thinking back on that experience because it was done for reasons I don't understand," he explained.

"The huge increase in downforce was 'let's make the cars go faster, let's make F1 better'. But what we have actually done is made it worse because the cars can't race each other.

"The cars are very quick now but they are not raceable. The reality is the performance of these new cars is about where we were in 2016 and I don't think anyone was complaining about the cars being slow."

The new 2021 regulations were published by the FIA on Thursday after they were unanimously approved by the World Motor Sport Council.

The new cars feature a simpler front wing with weaker vortices and a long diffuser under the sidepod to produce ground effect. Bargeboards have been outlawed.

As the result of bigger 18-inch wheels, further safety steps and a heavier power unit, because of a bid to reduce costs, the minimum weight of the car is increasing from 743kg to 768kg.

The gearbox rules have been changed to restrict how much teams can develop their transmissions, with only one full redesign allowed over a five-year period.

F1's engine rules will be largely unchanged beyond cost reduction moves, which include an increased weight, restrictions on some materials being used and non-exclusivity for energy storage and turbocharger suppliers.