Red Bull Formula 1 driver Max Verstappen believes the "disrespectful" comment made by Lewis Hamilton and echoed by Sebastian Vettel after Mexico is a positive, because it "shows that I'm in their heads".

Hamilton and Verstappen were involved an on-track scuffle through the opening sequence of corners in the Mexican Grand Prix, with Hamilton forced slightly wide by Verstappen through Turn 1 and then returning the favour at Turn 2 as he caught a snap of oversteer and ran both himself and the Red Bull driver onto the grass.

Verstappen's race was subsequently compromised by a right-rear puncture after his tyre was clipped by Hamilton's teammate Valtteri Bottas following an audacious overtake.

Having gone on to win the race, Hamilton quipped afterwards that he had been "torpedoed" by Verstappen at Turn 1 - and said that the Dutchman's famously aggressive style meant he had to be given "extra space" in wheel-to-wheel racing to avoid crashes.

He also described Verstappen as a "magnet" for incidents, while Ferrari driver Vettel then said he completely agreed with Hamilton's viewpoint.

In the lead-up to next weekend's United States Grand Prix, Verstappen questioned Hamilton's view of the Mexico battle, before adding: "I think from my side it was a bit of a silly comment to make - because I think I'm always a hard racer, but fair.

"I think it's just not correct. But of course it's easy to have a dig at someone.

"From my side, it's fine. It's always positive when they talk about you because that means you're in their heads.  I just focus on my driving, and I think that's enough said."

Asked what he made of being singled out by his F1 rivals, Verstappen reiterated: "I think that from my side it already shows that I'm in their heads. I guess that's a good thing.

"But from our side, I don't need to dig into other people in a press conference, because first of all I think it's a bit disrespectful as well, and I prefer to fight on track, which I love to do.

"And of course I like to fight hard, but on the edge, otherwise - if they want me to stay behind, it's also better to stay at home. You want to take the fight to them, because that's what we are here for, we are racers, we are Formula 1, I think we are the best out there, and we do fight for victories because that's what I live for." 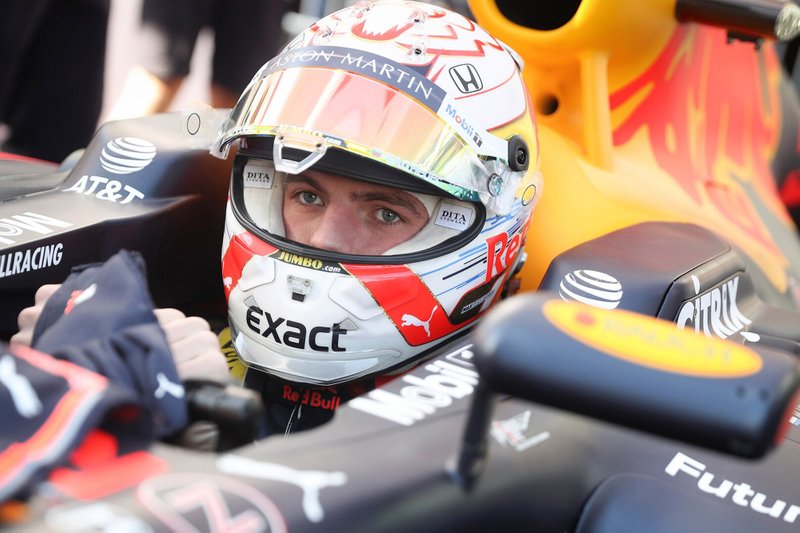 Verstappen had lost pole for the Mexican GP after the stewards assessed he did not slow sufficiently for yellow flags on his second flying lap.

The Red Bull driver, maintaining that he only saw the Bottas crash that brought out the yellow flag and not the flag itself - repeated that he felt the stewards had been "very fair" in awarding him the penalty.

"In hindsight I also didn't need to go for that laptime, because I was already on pole position. What was going through my head through that lap was, you don't know what the other guys are doing, if they are improving, are they beating your pole laptime.

"So, I didn't see the yellow flag, I improved my laptime, in hindsight I didn't need to do it, but also in hindsight I think next time I am anyway going to lift even if they would improve [on] my laptime just because they got lucky they were in front of the accident.

"It is what it is, but of course at the moment we are still not in a position to fight for pole position all the time, so of course I was enjoying the moment as well."