F1 gears up for decisive Paris meeting on 2021 rules

Several aspects of the 2021 Formula 1 regulations remain to be decided ahead of the October 31 deadline, with a key Wednesday meeting in Paris offering stakeholders the last chance to debate the subject face-to-face. 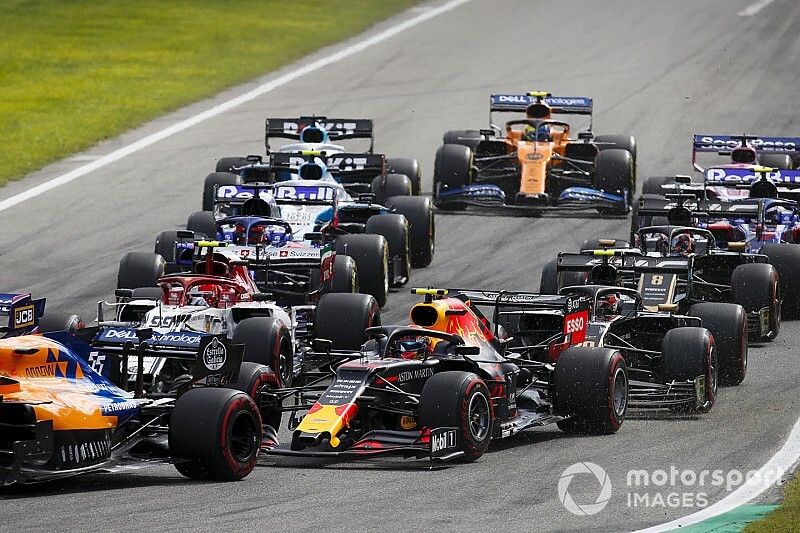 The gathering is the fourth of a series held in recent months specifically to shape the 2021 rules, with representatives of the GPDA invited to join the FIA, Liberty and teams.

Two subsidiary meetings were held at Suzuka this weekend by way of preparation. One saw team managers discuss details of sporting regulations, such as the revised curfew. The other was specifically for strategists, where the results of recent simulations of the impact of potential changes – such as Saturday qualifying races – were analysed.

The big teams have been pushing back on some of the initiatives, especially those related to standard parts.

“Some of the regulations actually just came through on my email this morning,” said McLaren boss Zak Brown on Friday. “We'll have the balance of what the future of F1 is going to look like in our hands next week, and then it should be finalised by the end of October.

“I think F1 does need some radical change. The amount of money we are spending is unnecessary relative to putting on a great show for the fans, which is what motor racing should first and foremost be about.

“If you have a lot of fans around the world you'll have lots of sponsors, lots of promoters selling tickets, lots of manufacturers selling road cars etc. I think the F1 spend is way too much, and clearly we need closer racing and more unpredictability.

“I think Formula 1 is headed on the right path. I think it does need some drastic change and I'm confident that's going to come in 2021.”

Ferrari team principal Mattia Binotto agreed that the Paris meeting would be "very important, because that’s the last one, altogether, before the end of the month when there will be a new vote".

“I think there are still a lot of open points and discussions are still ongoing so how will be the conclusion of all these discussions, it is very difficult to say at the moment," Binotto said. "There are various interests between teams, between the teams and F1, and the teams and the FIA.

“But certainly, as Ferrari, we are intending to play our role, we believe as Ferrari because of what Ferrari represents for F1, we’ve got a voice, an important voice in the discussions but no doubt that there’s still a lot of points to be addressed.”

Binotto reiterated that Ferrari was not keen to use its power of veto in 2021 discussions. “That will really be a shame. I don’t think that should be the case at all. I think we’ve got a good and open discussion with the stakeholders at the moment and I’m as well somehow hopeful that we can find the right compromise at the end.”

Racing Point team principal Otmar Szafnauer confirmed that much has still to be agreed ahead of the next meeting.

“There are still a lot of balls in the air,” he said when asked by Motorsport.com. “I think we’ll know a lot more after the 16th when we all meet in Paris. I think there are still serious things up for grabs.

“I think everyone should put their opinions out and come to a conclusion that people are happy with, if we can.

“I think after the 31st you can still make changes, but the objective is to have predominantly what it’s going to look like tied together by then. The World Motor Sport Council has to vote on something on the 31st.”

Szafnauer admitted that some of the original ideas proposed by the FIA and F1 have not come to fruition.

“Things have got diluted a bit. Cost cap, better income distribution, things are happening but not to the same level that some of the small teams wanted. I guess if you look at it it’s probably a compromise. The big teams probably wanted nothing.”

Vettel: No changes made for Japan breakthrough