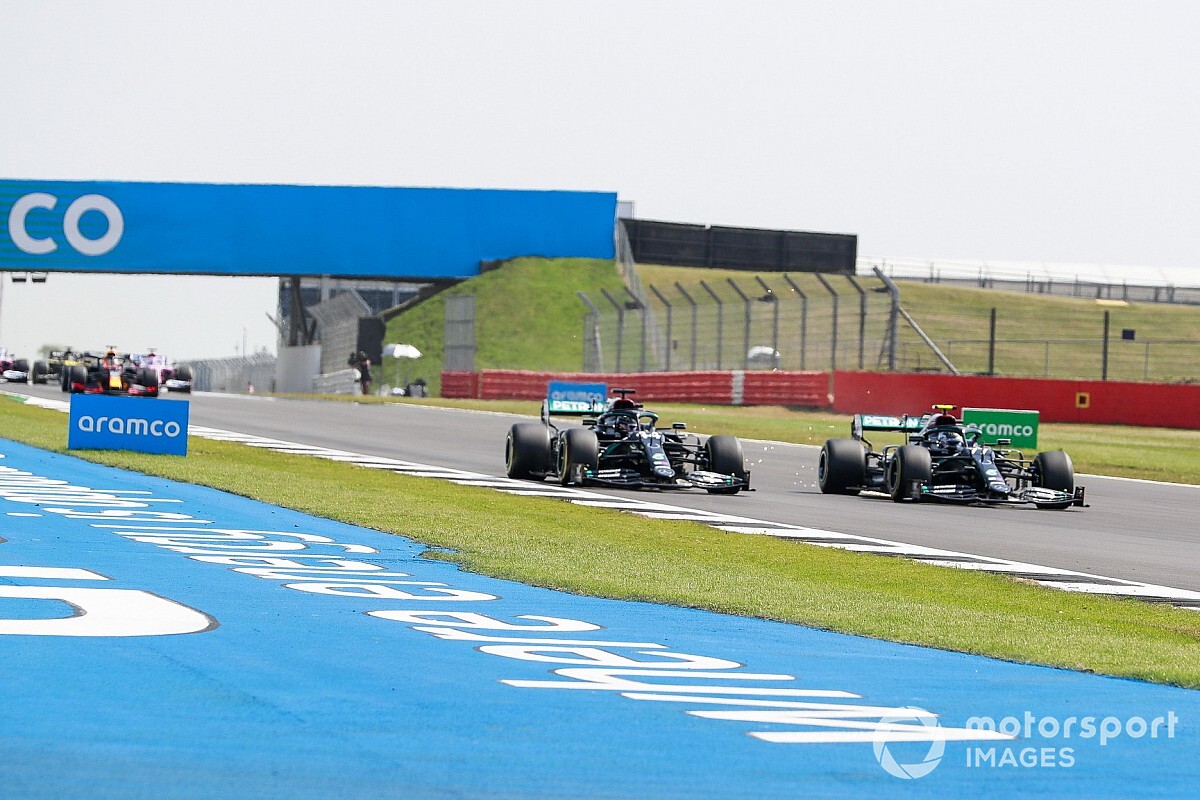 Pole-winner Valtteri Bottas led Lewis Hamilton, as hard-tyred starter Verstappen outdragged Nico Hulkenberg for third position, with the latter’s Racing Point teammate Lance Stroll passing Renault’s Daniel Ricciardo for fifth at Turn 2. Under-pressure Sebastian Vettel spun his Ferrari across the track at Turn 1 after taking too much inside kerb, and he fell to the tail of the field.

Bottas just held off Hamilton’s attack at Brooklands on the opening lap, but was being warned of “critical” tyre temperatures as early as lap six. Verstappen caught Hamilton, attacking him by Lap 13 – ignoring his engineer’s pleas to save his tyres.

Bottas pitted on Lap 14, with Hamilton following him in a lap later – promoting Verstappen to the lead. Hamilton had to battle through traffic, dropping well away from Bottas, having fallen to fifth position. Bottas caught second-placed Stroll, who made his first pitstop on Lap 19.

But even on the hard tyres, the Mercedes cars were suffering blistering both fronts and rears.

Verstappen pitted for medium tyres on Lap 27, but a slow right-rear switch meant he rejoined behind Bottas. Verstappen took no time at all in passing him, diving down the outside at Brooklands and making the move stick around the outside of Luffield.

Verstappen and Bottas pitted for a second time five laps later, Verstappen quickly ditching his mediums – which he needed to run at some point – for the favoured hards. That put Hamilton out in front, but he was complaining of problems with his car as well as the tyres.

Hamilton pitted for a second time with 11 laps remaining, with Verstappen leading Bottas by over 4s. Leclerc was elevated to third, with Hamilton dropping to fourth.

Hamilton charged on his new hard tyres, passing Leclerc for third at Stowe with six laps to go. He then cruised up to Bottas, with both being told they were free to race. Hamilton passed him with two laps to go, but Verstappen was already out of sight.

Verstappen on his win: "I didn't see it coming"