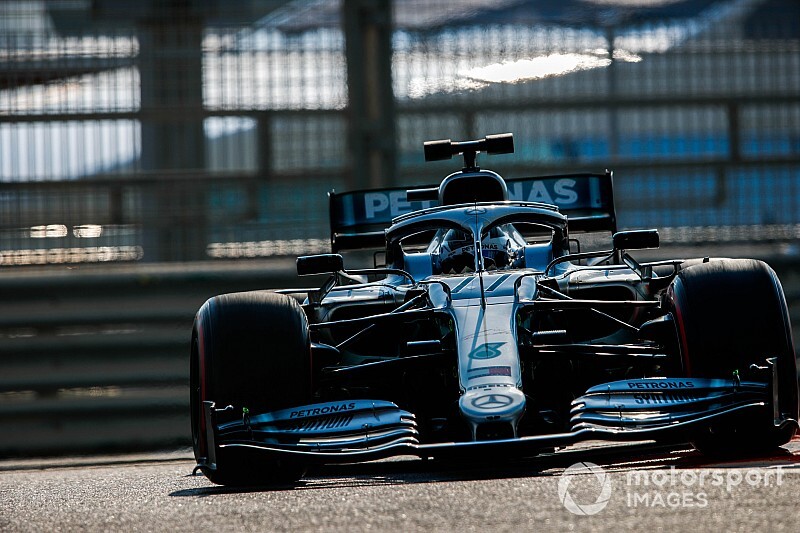 Mercedes driver Valtteri Bottas topped the first day of the post-season Formula 1 test in Abu Dhabi, as Esteban Ocon made his debut as a Renault race driver.

Ocon replaces Nico Hulkenberg alongside Daniel Ricciardo in Renault’s driver line-up for next season and got behind the wheel of the team’s 2019 car for the first time on Tuesday.

He clocked 77 laps and set the eighth-fastest time, 2.8s off the pace.

That was set by Mercedes driver Bottas, who was the busiest driver early on before ending the day with a 138-lap tally – only Max Verstappen (153) and Romain Grosjean (146) completed more.

Each team has 10 sets of tyres to use on each day of the two-day test, with a mix of 2019 compounds and the controversial 2020 rubber.

Teams have five different 2019 compounds and six 2020 compounds to choose from in the test.

Bottas’s benchmark time, a 1m37.124s, was eight tenths of a second faster than the next-best, Sebastian Vettel and Ferrari.

Vettel lost an hour of running in the morning with an exhaust issue, but eventually racked up just two fewer laps than Bottas on his way to a 1m37.911s.

He had a collision with the Racing Point of Sergio Perez during the day, and came back to the pits with a puncture.

Toro Rosso driver Daniil Kvyat set the third fastest time, a second behind Bottas, ahead of Perez and Grosjean’s Haas.

Kvyat shared his Toro Rosso with Sean Gelael, with the Formula 2 driver taking part in the first half of the day.

Gelael ended the day 11th fastest, 4.5s off the pace, and quicker only than surprise Williams tester Roy Nissany.

Sometime F2 racer Nissany was 7.6s slower than Bottas, 4.4s slower than George Russell after taking over from the regular Williams race driver in the afternoon, and 3.1s slower than the next car (Gelael’s Toro Rosso).

Alfa Romeo brought Kimi Raikkonen’s day to a premature end because of a “technical issue”.