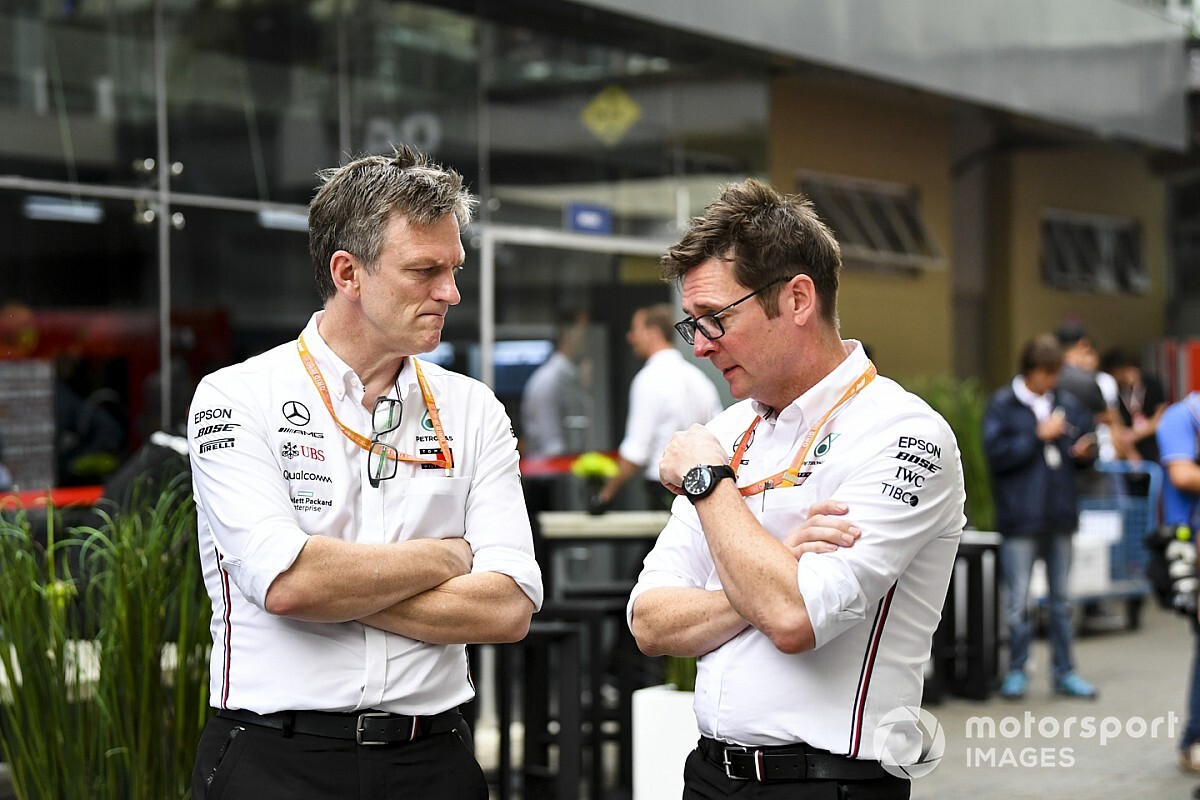 Mercedes Formula 1 technical director James Allison enjoyed being the team's most senior person at the Brazilian Grand Prix in Toto Wolff's absence, bar the "mess of a race" factor.

With Lewis Hamilton classified seventh after his penalty and Valtteri Bottas retiring with an engine failure, Interlagos was one of Mercedes' worst races of the season.

Team principal Toto Wolff opted to miss the race - the first GP he has skipped since 2013 - as the championships were won, and in part because he is also committed to the opening round of the Formula E championship in Saudi Arabia this weekend.

In his absence, Allison was the de facto on-site team boss at Interlagos, taking over Wolff's regular media duties as well as other tasks such as representing Mercedes in Chase Carey's regular 'coffee morning' meeting for team principals on Saturday.

Allison insisted that his weekend had not been much different from his usual routine when he attends races, but that he wished it had gone better.

"To be honest, I have been doing the same thing I do when I'm here normally, just with a few extra things like this [media session]," he said when asked by Motorsport.com about how things had differed for him.

"But in terms of what I do here normally, which is just engage with the engineers and try to say helpful things here and there through the weekend, it's been no different. I've been here as a technical director and not a team principal. And Toto has been a team principal off doing other work, instead of here.

"It's hard to say that I haven't enjoyed it. I always enjoy coming to the track. It's just been miserable when we make a mess of a race."

Gasly boosted by "relief" of no Red Bull pressure - Horner