Valtteri Bottas has pinpointed two key areas he believes that Lewis Hamilton has had the edge over him in their battle for Formula 1 victories this year. 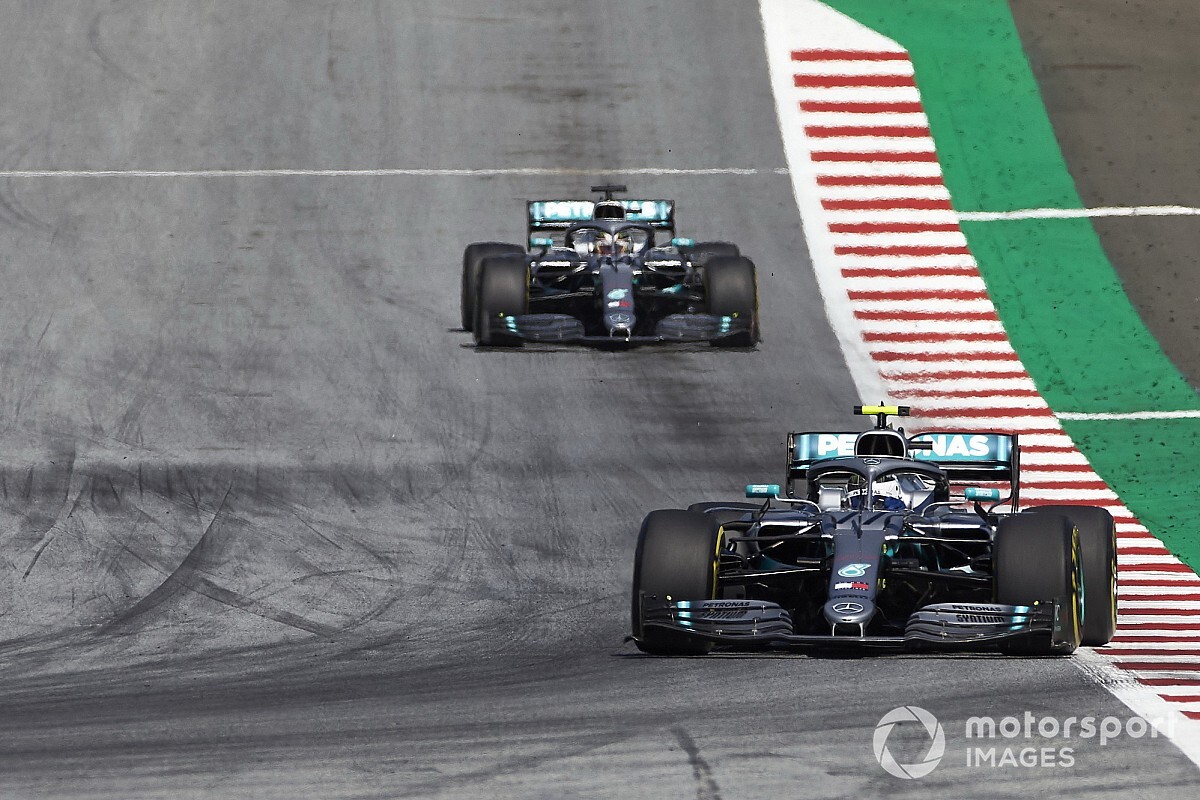 With their Mercedes outfit so dominant, the fight for the F1 title already appears to be a straight fight between the Finn and his British teammate.

But with Hamilton having opened up a 31-point advantage in the standings, Bottas knows that he needs to step up his form and close down the gap swiftly to keep his title hopes alive.

There has been little separating the performance of the two men on race weekends, though, and Bottas says he has already learned about obvious areas where Hamilton has held an advantage.

Asked by Motorsport.com about if he had worked out where Hamilton was doing better, Bottas said: “It is pretty clear on the data, and we’ve been able to work really well with the engineers on that, so coming into this weekend there are clear main points that I need to focus on.

“It’s been a bit of a trend in most of the places that Lewis is normally quite strong in slow speed corners, on the braking and entry phase.

“Also, his driving style works for a different setup direction that can be sometimes better for the tyres in the race. So it’s still a work in progress, getting better with everything, but also it is sometimes track dependent.

"We have data from last year’s [British GP] qualifying and the race, and it is very clear where I need to do better this year if I am going to fight for the win.

"With the data we now have available, it is quite accessible and easy to pinpoint those things, but the hardest part is actually doing it in the car.”

Bottas thinks Mercedes should be back to its best at Silverstone, after struggling with cooling in Austria a fortnight ago, and is aware of the psychological benefits that could come from beating Hamilton on home turf.

“For me it is a great motivation,” he said. “I know that for us as a team there is massive support and also for me, [but there is] huge, huge support for Lewis in his home grand prix.

“I am sure he wants to do well, so I think for me if I manage to perform well on Saturday and Sunday it would be extra special and for sure a tough one for him.

He added: “It would be a nice thing to perform well and I try to be ahead of Lewis, that is my goal, but then it depends on each driver individually and how they take the defeats, where they are happening and so on.

"But I don’t think it will be a bad thing for me. This race and next few races are super important for me to close the gap.”

Ricciardo: MotoGP will "kick up a fuss" over Silverstone bumps