Ferrari has failed to score victory in any of the 12 races so far, although did cross the line first in Canada before Sebastian Vettel’s time penalty dropped him to second.

Sunday’s race at the Hungaroring, the last before F1’s summer break, finished with both Ferraris more than a minute behind race winner and runaway championship leader Lewis Hamilton.

Brawn, one of the masterminds behind Ferrari’s run of titles with Michael Schumacher from 2000-2004, said that was “too big a gap for the team”.

“One knew from the track characteristics that this race would not suit the Ferrari car, but not to the extent we saw, especially in the race,” said Brawn in his post-race debrief.

“The times from the third sector, where you need maximum downforce, speak volumes, as the car was so far off the pace of the Mercedes and Red Bulls.

“The summer break has probably come at just the right time because I’m well aware of how the pressure can build on Ferrari when things aren’t going well.

"It won’t do any harm to take a breather and recharge the batteries. Then, once the racing starts again, the aero requirements of Spa and Monza could put Vettel and Leclerc right in the fight again considering the aero efficiency of their cars.

“Ferrari badly needs a win, not so much for their championship aspirations, but as a morale booster, to prove that it has the potential to be a championship contender, an obligation it has always been under.”

Sebastian Vettel, Ferrari’s best-placed driver in the championship, is fourth in the standings and 94 points behind Hamilton.

Ferrari is 150 points behind Mercedes in the constructors’ contest.

Hamilton’s eighth win from the opening 12 races was earned after Mercedes switched him to a two-stop strategy in a bid to overhaul long-time race leader Max Verstappen.

Brawn said that meant Hamilton “had to fight like the champion he is” to win and described his final stint on fresh tyres as “lapping at almost qualifying pace”.

“Earlier, the two men fought a thrilling duel that went in the Dutchman’s favour,” said Brawn.

“It’s true Max’s tyres were shot towards the end, but Mercedes had the benefit of seeing first hand what the hard tyres could do, thanks to a long stint from Valtteri Bottas.

“It seemed odd to be calling Hamilton in when his tyres seemed in good enough shape to keep pushing but it turned out to be a masterstroke.

“Mercedes therefore deserve credit for taking a risk on strategy when they could have gone the more obvious route and then wait for the race to evolve.” 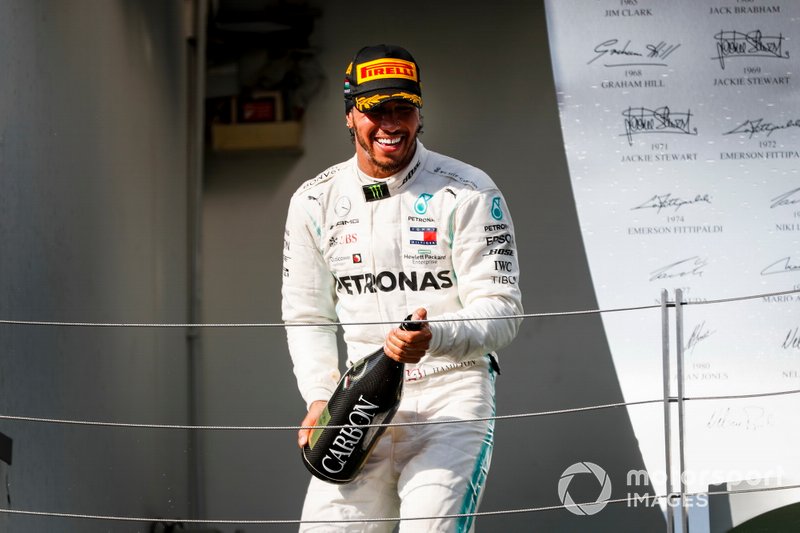