Red Bull admits that Pierre Gasly's lack of results is now starting to "hurt" its Formula 1 ambitions, as the team dropped the first hints it may need to think of an alternative plan if the Frenchman does not quickly turn things around. 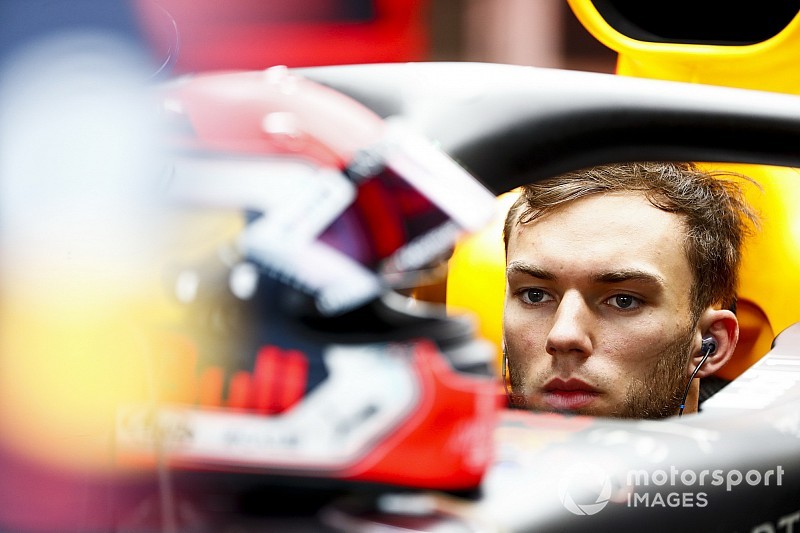 While Max Verstappen stormed to pole position in Hungary and battled Lewis Hamilton for the lead, Gasly had another difficult event as he ended up sixth behind McLaren's Carlos Sainz.

Red Bull team boss Christian Horner could not hide his disappointment with Gasly's latest performance, as he was clear that the team's car should not be trapped in midfield fights.

"It has been a frustrating weekend for Pierre," he said. "The start wasn't great, the first lap wasn't great, and we shouldn't be racing Saubers and McLarens.

"We need him to be racing Ferraris and Mercedes, and everything we can do to try to help him do that, we will do."

It was not lost on Horner that Gasly's failure to be nearer the front had left Mercedes with the clear track behind that allowed Hamilton to make his race-winning second stop for tyres.

"The problem is he is not in the mix at all," said Horner. "It is not like if Lewis pitted he was going to come out behind him. Both Mercedes and Red Bull had one-legged races with their teammates out of contention."

He added: "Not having two cars running at the front does hurt us, particularly in the constructors' championship. I think we have scored the same amount of points as Ferrari today on a track where we should have taken more out of them."

Horner said he hoped Gasly could use the summer break to try to get to the bottom of what has gone wrong this year.

"I think he really needs to take some time out during the summer break, reflect on the first half of the season and take the lessons from that into the second half of the year.

"It is vital for us if we are to stand any chance of catching Ferrari that we have him finishing further ahead."

While Red Bull is still hoping that Gasly can make a leap forward to deliver the results expected of him, Horner did suggest that patience may now be running thin with a place in the constructors' championship potentially at stake.

Asked at what point Red Bull may have to do something if Gasly does not improve, Horner said: "Our intention is to leave him in the car until the end of the year. But we desperately need to see him realising more of the potential of the car."

Verstappen vs Hamilton: A glimpse into future battles?