Angry Brazilian GP promoter hits out at F1 over 2020 cancellation 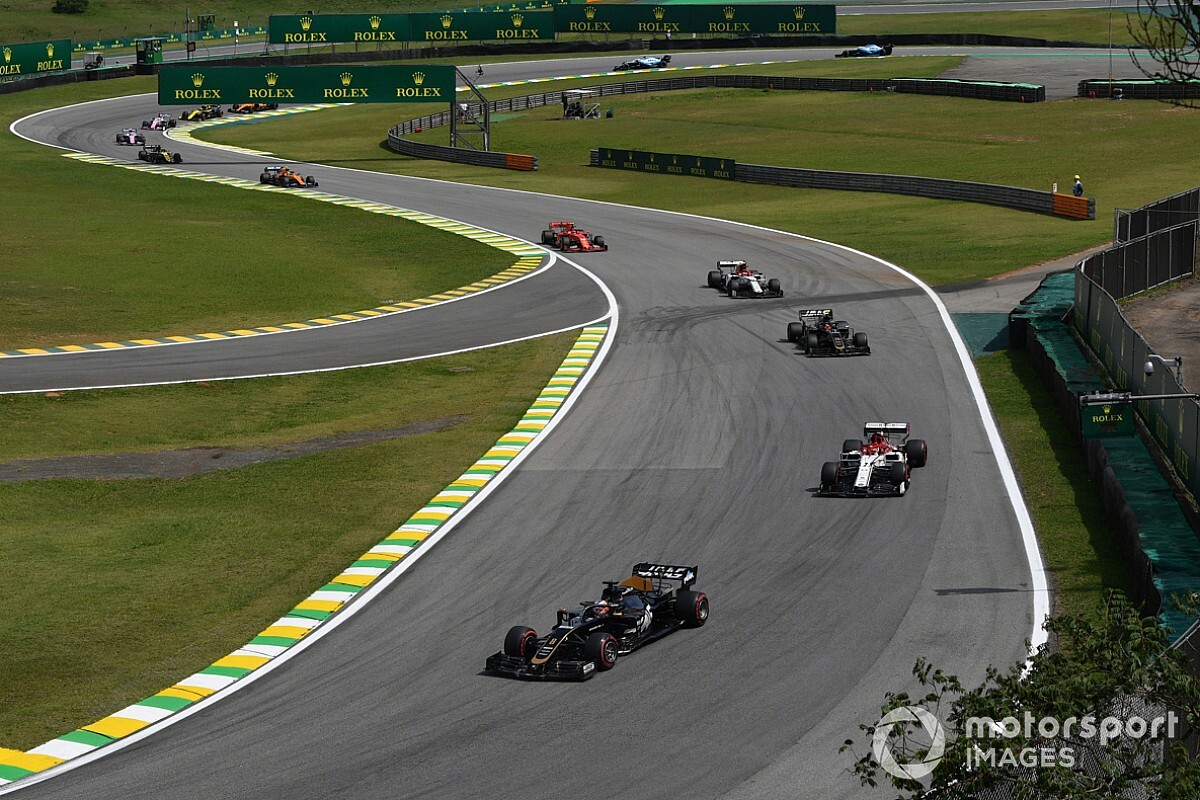 The Brazilian Grand Prix promoter has challenged Formula 1’s reasons for the cancellation of the Interlagos race, saying he "cannot accept" the decision that has put both his organisation and the city of Sao Paulo in a difficult position.

On Friday, F1 announced that there will be no events in the Americas this year, with the Brazilian, Mexican, US and Canadian events all now officially off.

Interlagos promoter Tamas Rohonyi, who has been involved with the event for 40 years, says he wanted the race to take place – and learned in a letter from F1 this week that it would not be on the 2020 schedule.

The letter cited the current rate of COVID-19 infections in the country, adding that five teams had raised specific concerns about travelling to Brazil.

Interlagos has had a difficult relationship with F1 in the Liberty Media era. The new owner discovered after buying the sport that the ongoing contract agreed with Bernie Ecclestone meant that the Brazilian event would have to pay no fee in 2018-20, following the withdrawal of a subsidy previously paid by TV Globo. That contract ends this year, and a new one is not in place yet.

Chase Carey has in turn been keen to move away from Interlagos, and has been pursuing an alternative future location at a yet-to-be-built venue in Rio.

Rohonyi says that the 2020 race could only be stopped by force majeure, and believes that the reasons given by F1 do not fit in the bill, claiming that the infection rate in the Sao Paulo area is not as bad as has been suggested, relative to other countries.

“First of all this cancellation caught us not by surprise, but I must say the justification, the reasoning behind it, we cannot accept,” he told Motorsport.com. “They talk about the virus infection rate in Brazil, which is a bit like comparing California to Florida in a country like Brazil, which is of continental dimensions.

“We have all the numbers for the state and the city of Sao Paulo. This data has been submitted to the FIA Medical Commission by our own medical officer, who is by the way, its vice president. And they are very good figures. In fact, if you look at the figures of Sao Paulo, even Brazil, in a proportional base, compared to England, it's much better.

“So when you read this cancellation notice we got from the FOM yesterday, it just doesn't stand up. It's clearly sort of an almost invented reasoning to cancel the race.”

Rohonyi says he is confident that Interlagos could have run a safe event.

“Had they consulted not only my company, but the city government – Could you please present what your plan would be if we came? – they would have received a 100 percent bulletproof plan, which exists, so much so that the Interlagos circuit was open for racing last week.

“And also the FIA issued a very complex 10-page protocol instrument, saying how you run races in these circumstances, which we would have followed.”

Rohonyi also believes that the views of the teams don’t play a role legally: “What I found really strange is that the whole approach is sort of rather simplistic. ‘Oh, it's the pandemic, we're terribly sorry, we don't want to go, we cannot go.’ One of the reasons presented is that five teams expressed concern. Well, none of the F1 contracts say that we'll go and race in your country if the teams feel like it.

“F1 promoter agreements have only one clause which would allow any of the two parties to break off the contract, and none of this is force majeure. We are taking legal advice because there are massive losses by the municipality, and by my company.”

Rohonyi says that the cancellation has created a loss of face for the city, and adds that there could be legal implications because public money was spent on upgrading the venue for an event that won’t take place – and given that the current contract ends this year, there may never be another grand prix at Interlagos.

“In my specific case, and I think it's very, very similar in Mexico City, we run on a municipal circuit," he explained. "And under the contract I have with them the municipality is responsible for maintaining F1 standards.

“So this year alone they spent $8m on upgrading the circuit. The whole paddock area has been covered, and lots of little stuff which people don't see but is very essential has been done, like sewage and sanitary facilities.

“When you are a government official, and you spend public funds on whatever, if the justification for it is not rock solid, you can be sued by the public prosecutor, as it's a breach in your official obligations. The government said to me, ‘Mate, you have a contract to run. So you'd better run.’ I'll run if I can, but if I'm not allowed to run because F1 claims we cannot run, then it's not my fault.

“So quite rightly, although they're good friends of mine, the governor and mayor said, 'Well, will this stand up in court?'”

When approached for comment about Rohonyi’s claims, an F1 spokesperson referenced Friday’s press release on the calendar changes, which stated that the Americas races were cancelled “due to the fluid nature of the ongoing COVID-19 pandemic, local restrictions and the importance of keeping communities and our colleagues safe.”

The strategy blunder that sums up Ferrari's crisis