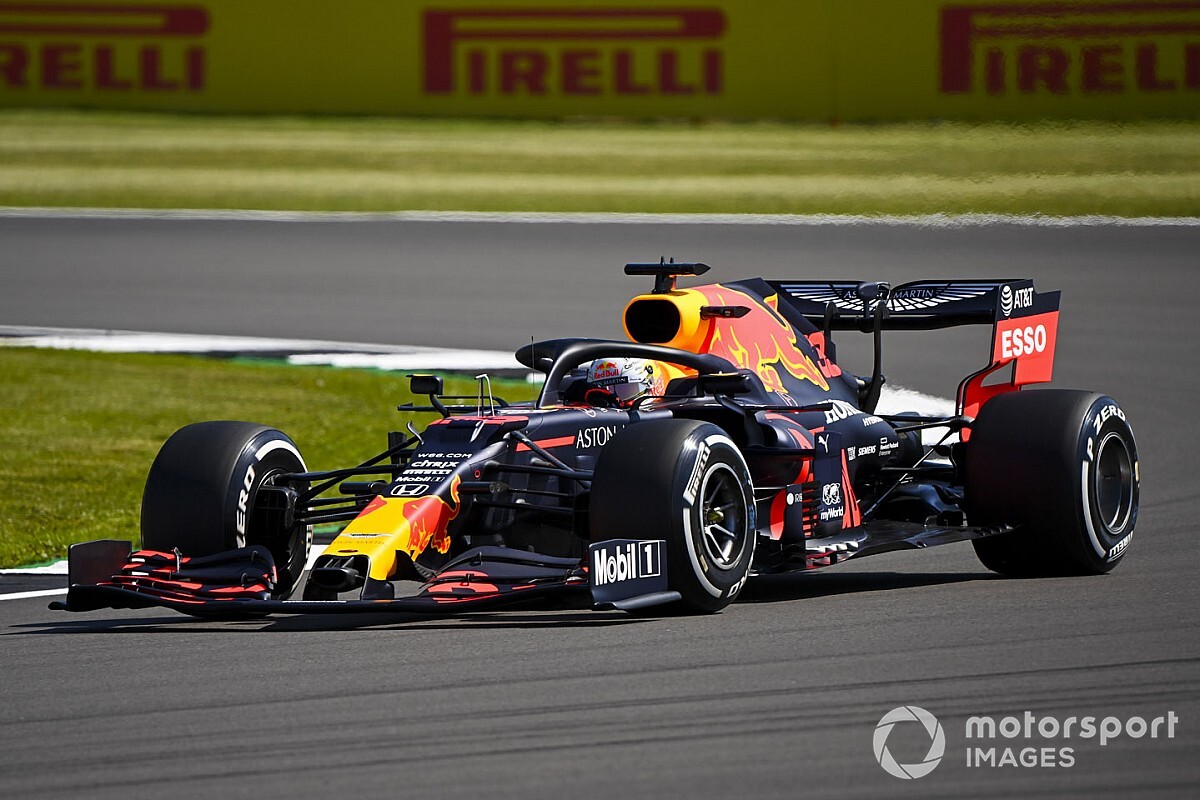 Max Verstappen set the pace in first practice for the British Grand Prix on Friday as Nico Hulkenberg made his on-track Formula 1 return with Racing Point.

Verstappen was able to finish almost half a second clear of home favourite Lewis Hamilton to lead FP1 for Red Bull during a hot opening session at Silverstone as track temperatures rose beyond 45ºC.

Verstappen set a fastest lap time of 1m27.422s on the soft compound tyre to finish 0.474 seconds clear of Hamilton, who set his best lap on mediums in the leading Mercedes.

After being drafted in as Sergio Perez's replacement, Hulkenberg only entered the paddock less than 10 minutes before the start of practice after getting receiving his negative COVID-19 test result required to take part in the session.

Hulkenberg managed to get out on track in the RP20 car within 15 minutes of the session beginning, and finished ninth overall.

The German driver encountered no major issues bar some discomfort with his seat that prompted him to request a breather at one stage, completing 22 laps in total.

Leclerc was Ferrari's sole runner for most of the session after teammate Sebastian Vettel was only able to complete two laps due to an issue with the intercooler on his SF1000 car.

Ferrari said it would be stripping down Vettel's car in a bid to fix the problem and rectify it ahead of second practice later today.

Valtteri Bottas ended the session sixth for Mercedes, a second back from Verstappen after recording his best time on the hard compound tyre.

Lando Norris and Carlos Sainz ended the session 12th and 13th for McLaren ahead of the Haas pair of Kevin Magnussen and Romain Grosjean, while Kimi Raikkonen was the leading Alfa Romeo driver in 16th.

George Russell finished first practice for his home grand prix in 17th for Williams despite reporting that his car felt "proper wobbly" at one stage through the high-speed Maggots and Becketts complex. Teammate Nicholas Latifi wound up 19th fastest, seventenths of a second back from Russell.

Alfa Romeo driver Antonio Giovinazzi brought out a red flag less than 30 minutes into the session following a spin at the exit of Becketts, causing him to flat-spot all four tyres and damage the floor of his car.

The incident left small bits of debris on the Hangar Straight, prompting race control to suspend the session to allow the track to be cleared.

Giovinazzi has been summoned to see the stewards about the incident over a possible rule breach for driving dangerously or unnecessarily slowly. The Italian finished the session 18th overall, ahead only of Latifi and Vettel.