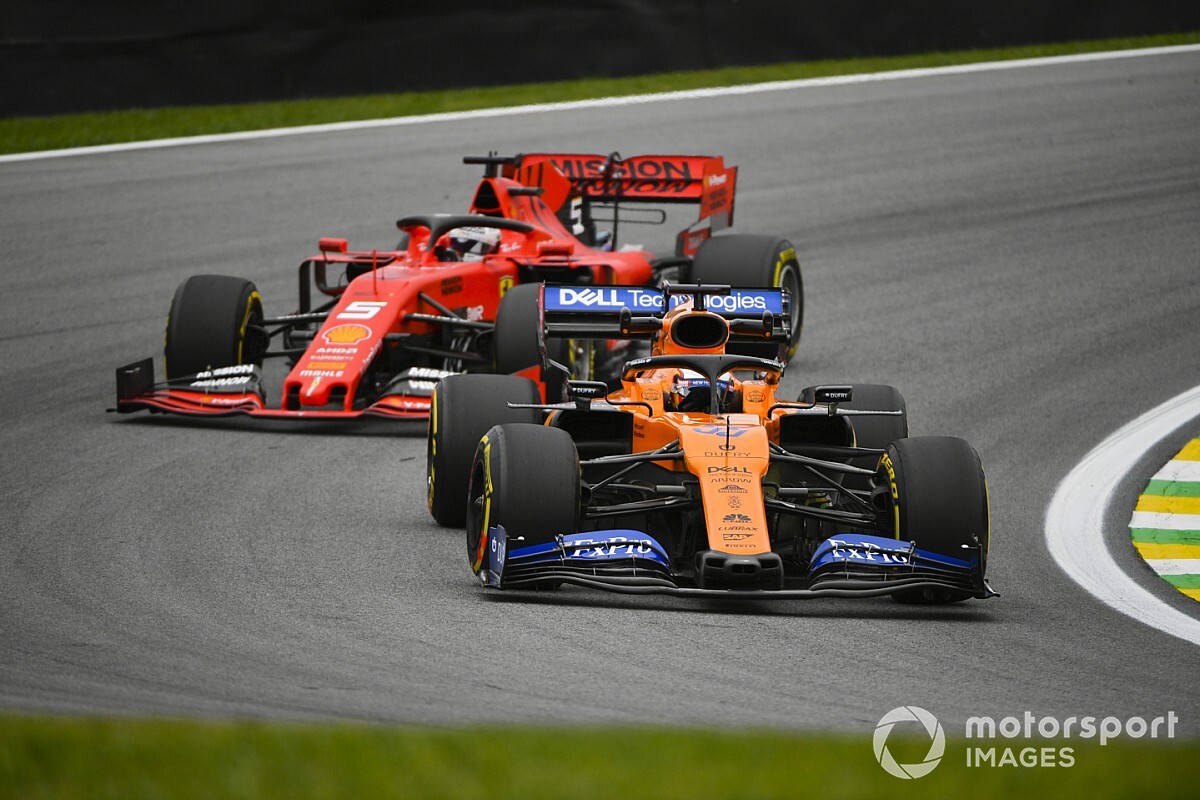 McLaren CEO Zak Brown has challenged Ferrari team principal Mattia Binotto to prove his "ethical" sporting considerations by releasing all details about the secret arrangement with the FIA over its 2019 power unit.

Ferrari was at the centre of controversy earlier this year when it was announced that it had reached a private agreement with the FIA to formally conclude an investigation into the legality of its engine.

The deal was struck because the FIA did not want a lengthy court case over the matter, having been unable to prove Ferrari broke the rules with the Italian outfit adamant it had been legal at all times.

With rival teams unhappy about the confidential nature of the arrangement, FIA president Jean Todt told Motorsport.com recently that he would be happy to release all details about the case.

However, under the terms of the FIA's judicial regulations, it could only do so with the full approval of Ferrari, something that has not been forthcoming.

But in the wake of comments from Binotto to The Guardian newspaper talking about Ferrari's 'ethical duty' to look after his staff in the wake of a push to bring down F1's budget cap, Brown says that such a moral stance should also be extended to other matters.

Brown said: "I'm all for having ethical duties. And, along the lines of ethics, I think it would be great if Mattia would share with us, as the FIA has volunteered to share, what the details were behind the secret agreement that they came to over the alleged breach of regulations around their engines.

"While we're on the topic of ethics and transparency, I think that would be a good point and time well served."

Ferrari's rivals wrote to the FIA earlier this year to explain their unease about the nature of the secret agreement with the Italian team, but since then Mercedes has stepped away from being involved in the matter.

When Kubica triumphed, and Alonso was targeted by Brawn

Leclerc would be "happy to keep" Vettel as teammate