Leclerc would be "happy to keep" Vettel as teammate 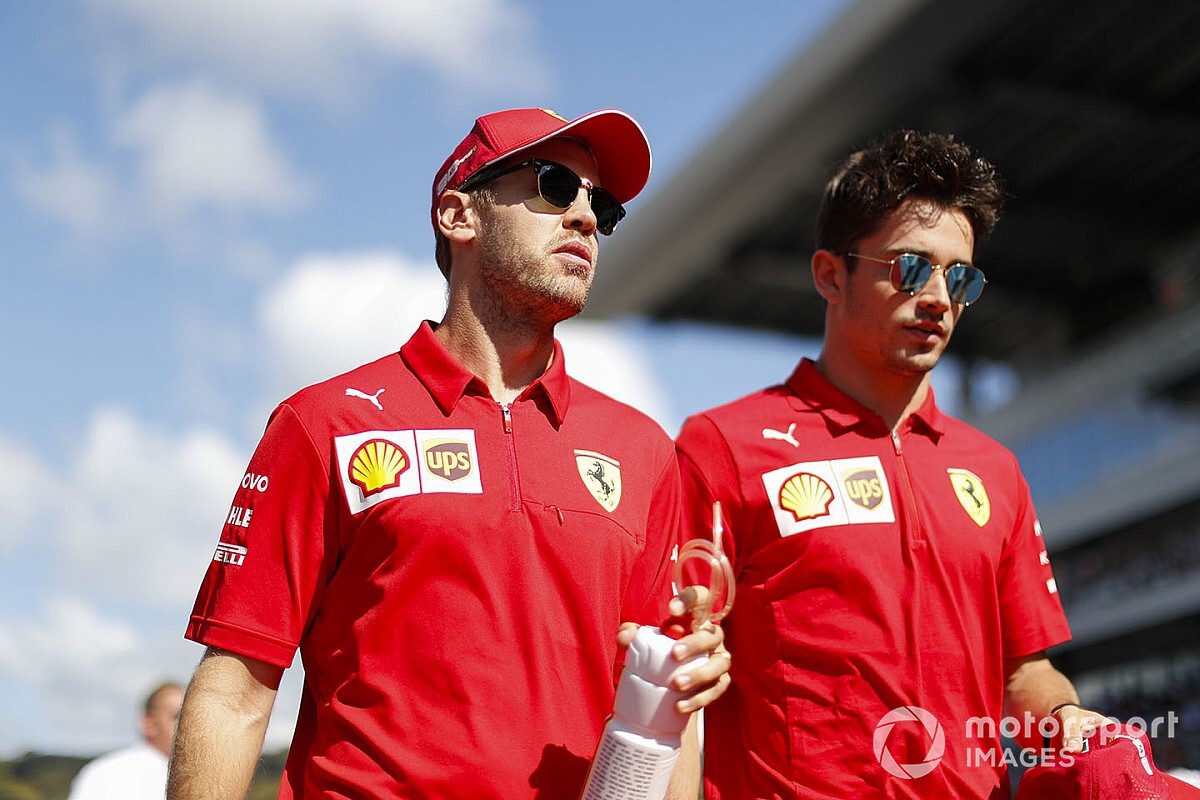 Charles Leclerc says he will be more than happy to keep Sebastian Vettel as his teammate next season – after insisting their relationship is better than how it is sometimes portrayed.

Vettel’s contract at the Italian outfit is up at the end of this year, and the four-time champion has already opened talks with his bosses to try to put together a new deal.

But while there remains uncertainty about what Ferrari will do, Leclerc is clear that he would have no qualms about staying as Vettel’s teammate, despite some controversial collisions in their first year together.

“I'm very happy with Seb,” said the Monegasque driver. “I think it was good, even though we had a few problems on track like in Brazil or things like this.

“I think it has always been a good relationship, even though from the outside it was probably not seen as it was.

“So I'll be happy to keep him, but I will respect the decision for whoever is next to me. And at the end, it's my job to adapt to the person next to me and you can always learn from whoever is your teammate.

“So I would welcome anybody, but if Seb stays I will definitely be happy.”

Last year there was speculation linking Lewis Hamilton with a switch to Ferrari, but it is now looking increasingly likely that the Briton will stay put at Mercedes.

Asked about Hamilton thinking Mercedes is a better bet, Leclerc said: “I'm happy for him, if he thinks so and feels himself in the right place.

“I am happy where I am. The team of my dreams has always been Ferrari, I just want to bring my team where it deserves and to win.”

With the impact of the coronavirus pandemic hurting teams financially, a number of drivers have had to take pay cuts to help with budgets.

Leclerc says he would be open to such a measure were it needed to help Ferrari.

"I think it is right thing to do considering this particular moment and considering all the difficulties that we are all experiencing,” he explained. “We are going to need to adapt to the circumstances.”