When Kubica triumphed, and Alonso was targeted by Brawn

‘Bang!’ And then… ‘thud!’ The 2008 Canadian Grand Prix was a non-stop rollercoaster of an event to cover from inside the Formula 1 paddock, and with plenty happening off track already that weekend, an audible crunch of carbonfibre (shortly followed by another one) was its latest zany corkscrew moment.

I heard the ‘bang/thud’ combo from my seat in the press office, which was situated 100 yards or so from the pitlane exit of Circuit Gilles Villeneuve.

The TV delay meant a delayed reaction of a couple of seconds, enough time to exchange glances with my Autosport colleague Jonathan Noble to mouth “what the hell was that?” and look back to the monitors in time to see Lewis Hamilton plough into the back of a stationary Kimi Raikkonen (our real-time view of the incident was obscured by a grandstand, if you were wondering) and Lewis was followed into the pileup shortly afterwards by Nico Rosberg. 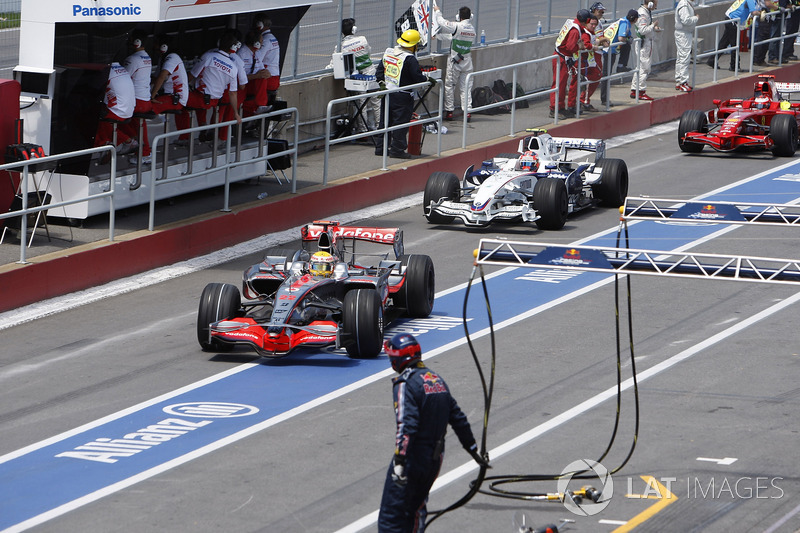 Carnage at the pit lane exit as Lewis Hamilton, McLaren MP4-23, ran into the back of Kimi Raikkonen, Ferrari F2008, and was in turn hit by Nico Rosberg, Williams FW30, upon realisation that the lights at the exit were red 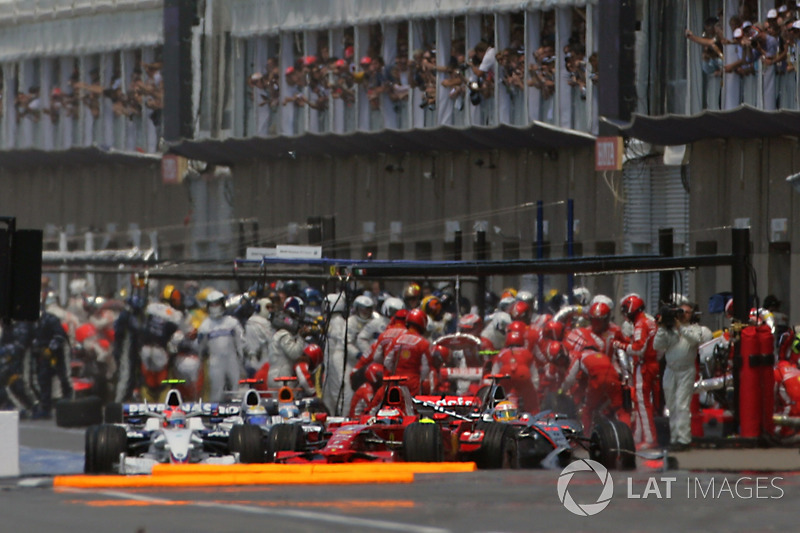 Carnage at the pit lane exit as Lewis Hamilton, McLaren MP4-23, ran into the back of Kimi Raikkonen, Ferrari F2008, and was in turn hit by Nico Rosberg, Williams FW30, upon realisation that the lights at the exit were red

The next bizarre moment was seeing Steve Cooper, who’d just switched careers from scoop-driven journalist to the ‘dark side’ of McLaren PR man – and whose job I was now doing – run down the pit lane to collect Lewis and slap him on the back. Steve later admitted over a pint that he hadn’t been watching the monitors when it occurred, and hadn’t a clue what had actually happened! 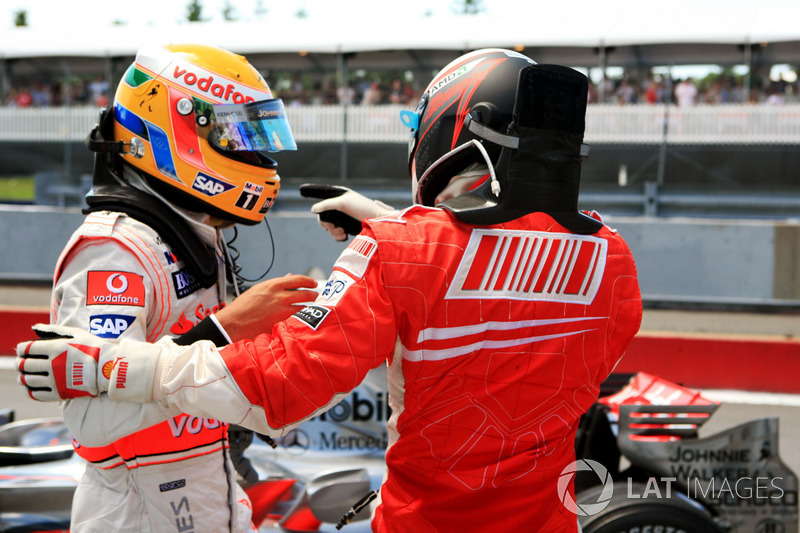 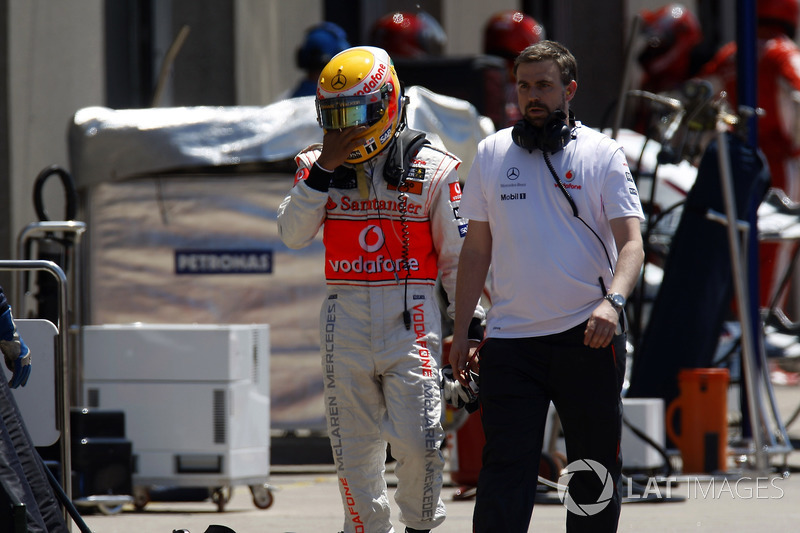 Lewis Hamilton, McLaren MP4-23, returns to the pits after his crash with Kimi Raikkonen, Ferrari F2008

Professionally, what truly stands out about this weekend is the best news story I’ve ever written… well, reporting something that never actually happened! Allow me to explain…

Inside the F1 paddock you quickly realise that everyone is talking to, well, everybody else. Driver managers, team bosses, sponsors – you name it, when the cars aren’t running (and sometimes when they are) paddock folk spend a lot (if not most) of their time gossiping with each other, ensuring that they’re ‘in the know’ about what’s going on and all the options that are and aren’t available – especially who’s talking to who ahead of the ‘silly season’. Aka: the most wonderful time of the year!

The main topic of the day was what would Fernando Alonso do next? Following his McLaren meltdown in 2007, everyone knew that his Renault return was a stopgap measure until the next huge opportunity arose. But where, and when? Ferrari was clearly top of the list, but this was pre-financial crash, so there were plenty of other mighty-big manufacturer-backed options in the mix. 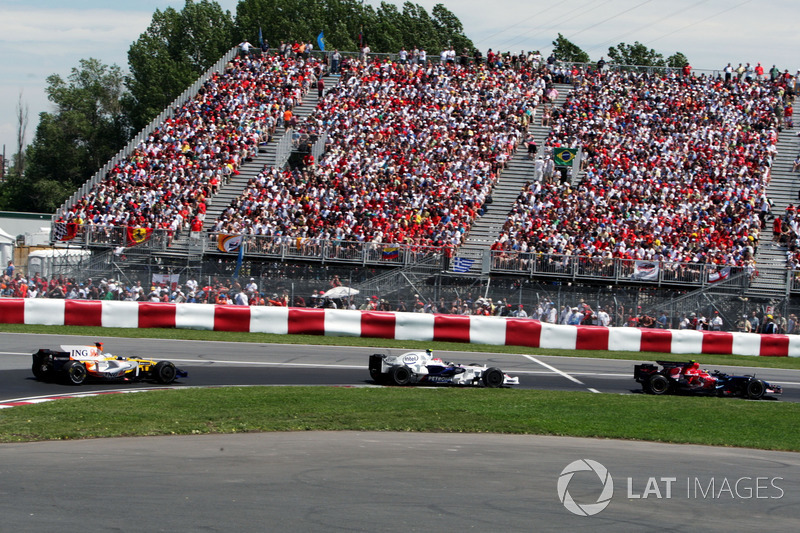 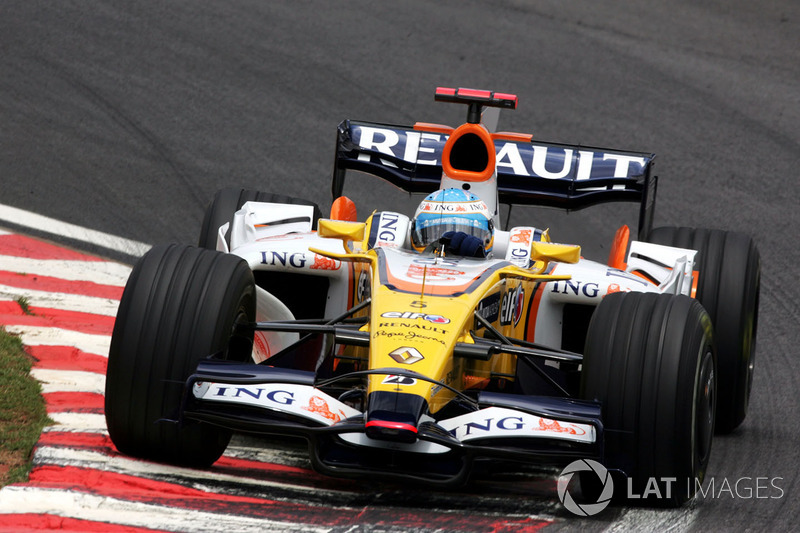 The trick for a journalist is becoming an intrinsic party to these paddock conversations. The key to getting ‘a good steer’ is speak to as many people as possible, knowing you’ll get as much duff info as well as golden nuggets. In fact, Cooper’s sage advice to me was “don’t believe anything until you’ve heard it from at least two different sources”.

I was down for the Thursday media session with Alonso, and so was keen to get as much latest insight as possible to get a story out of it. My fallback plan for this was an analysis on the impact of the upcoming KERS, but I really wanted to nail a story about Fernando’s future – ideally with a unique line on it.

Alonso is someone who clearly relishes the off-track games – he wants to get his message out there as much as we want to write about it. It’s about triggering him into saying something you can then use suit your own agenda. And I was about to get a great steer on this from an unlikely source.

It was only my second grand prix in Steve’s role, so Jonathan was still introducing me to people I’d not yet happened across. We were hanging around at Honda just after lunch when Jon spotted a ‘senior Honda Racing person’, so we rocked over and he kindly invited us to have a chat over a drink. As I recall, it was a pretty sociable encounter, shooting the breeze with no notepads or Dictaphones on show, and the gossip was flowing from both sides. Out of the blue, Jon pulled out a brilliant question from what I like to call ‘the Columbo School of Journalism’ – “So, how are the talks going with Fernando?”

After a look of surprise, and a pregnant pause, the senior Honda person opened up: “Yeeeah, fine actually, we’ve been talking and just finding out about each other. You hear he’s difficult to deal with, but he’s been great so far.”

Woah! Play it cool, smile and nod, and follow up with “So… you’d say he’s at the top of your list right now, for next year? He replied: “Oh, yeah, he’s absolutely our number one target.”

At the time, nobody was linking Alonso to Honda at all. And although we’d now had a senior team figure confirm the contact (obviously I wouldn’t be quoting him, but the steer had given the all-important angle) so now it was over to me to add meat to the bones. Armed with that nugget of knowledge, it was time to see what Fernando had to say. I remember getting there so early that I was able to plonk myself in pole position, directly in front of where Alonso would sit. My quandary was this: blurt out my nugget, and I’d alert the world to it. 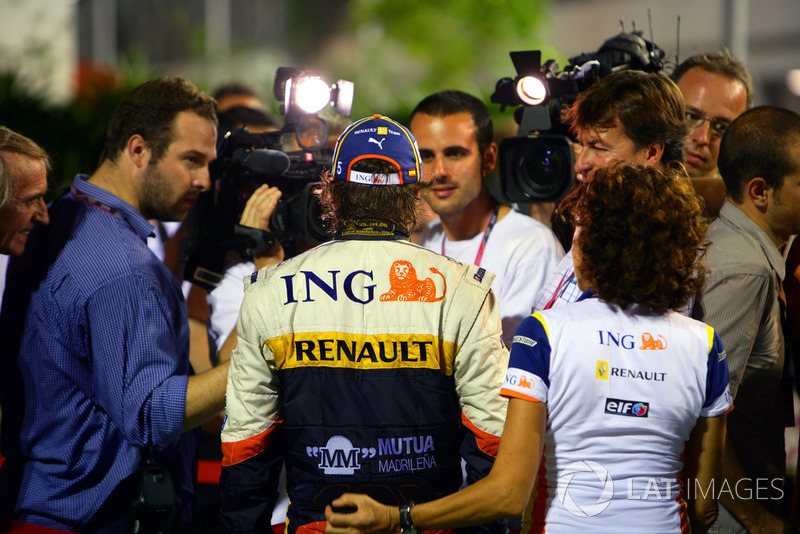 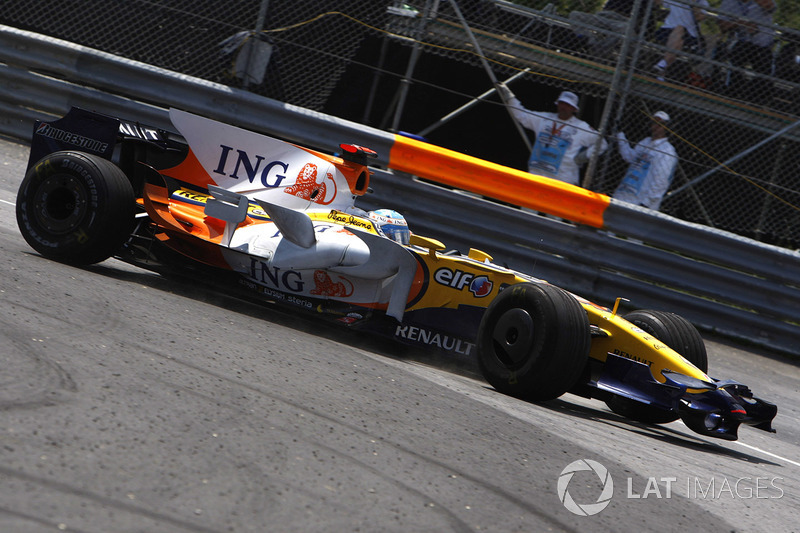 I decided on my angle of attack, asking an open-ended question about whether the upcoming 2009 rules might significantly change the game, bringing less-fancied teams (like Honda) into a stronger position that he might consider driving for.

Looking me straight in the eye across the table, he replied: “Next year everybody will start from zero. Aerodynamically et cetera, every team improves five or 10 percent every year. You miss one year, you are down for the rest of the years.

“Next year, that’s not the question. So there are always surprises when these things happen. Any team can be strong next year.”

When you consider what transpired in 2009, that was a prescient answer, don’t you think? Jumping straight back in before anyone else could ask another one – Fernando, given that you think there could be major changes in F1’s pecking order, what would you actually base your decision upon?

“Being calm and listening to everybody. At the end, trust one of them. Everybody is very optimistic now about next year, but it’s the same every time. You need the inside feeling that someone is cleverer than the other ones.” 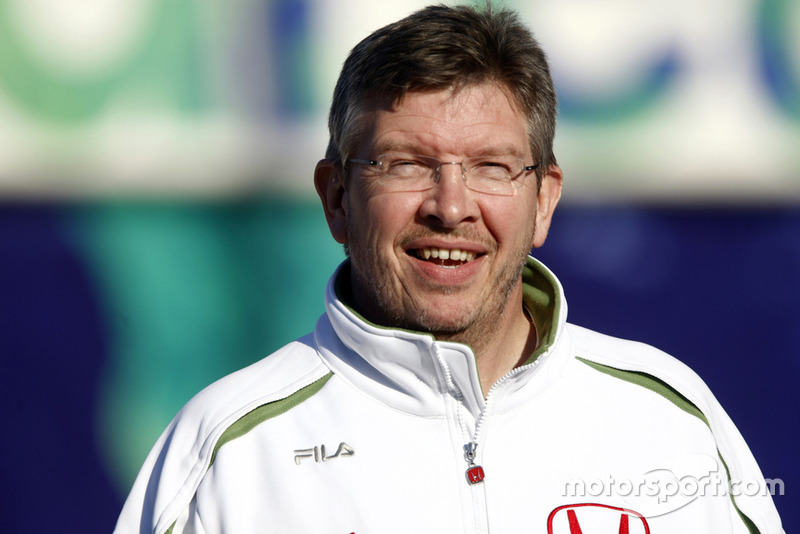 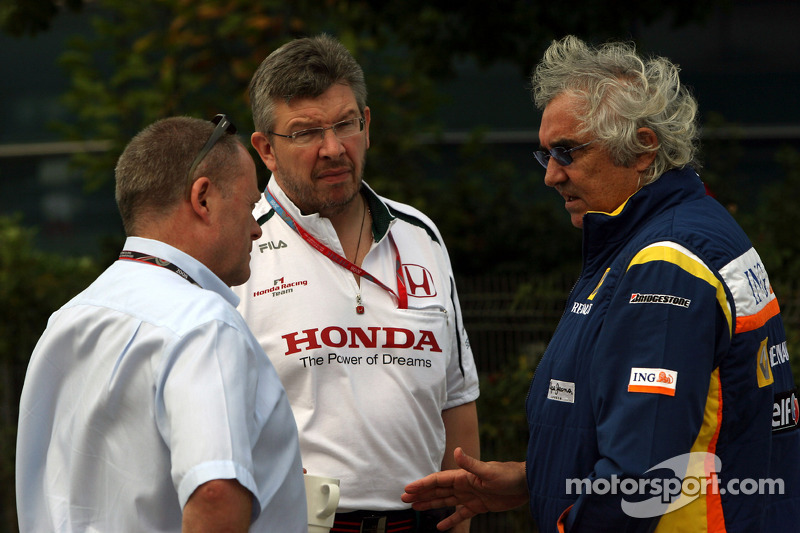 And who else in the sport is cleverer than Ross Brawn? Armed with those decent Alonso quotes that I could back the story up with, I headlined it ‘Honda to make bid for Alonso’ – and, in time, an official, big-money approach from Honda did transpire that summer. But Alonso rebuffed it – most likely because his manager, Flavio Briatore, saw the Honda factory withdrawal coming. The financial crisis truly kicked in during September, when Lehman Brothers collapsed, and who could foresee the Brawn 2009 miracle that rose from Honda’s ashes?

Although it didn’t come off, I’m still proud of the story I wrote for Autosport the following week. As my publishing director of the time would demand, while furiously jiggling his spectacles: “Tell me something I don’t know!” It was factually spot-on (at the time) and a genuine exclusive, it just didn’t come to pass. As David Coulthard is fond of saying: “I don’t have crystal balls!” 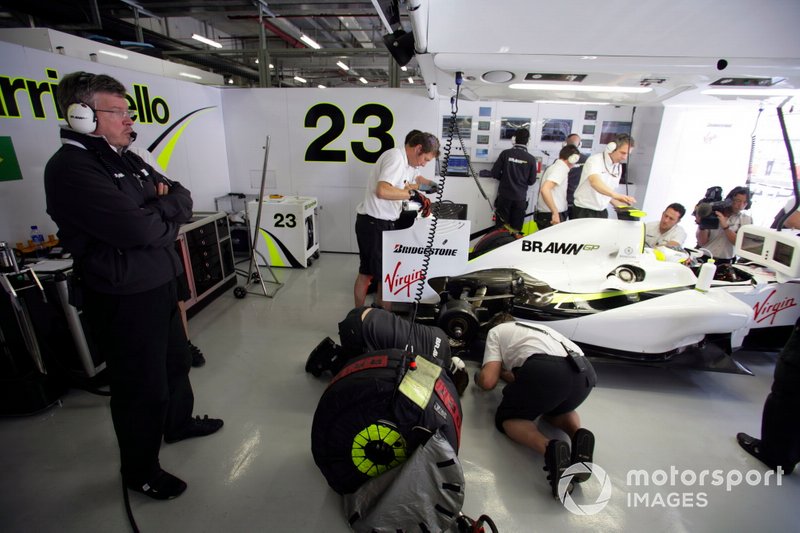 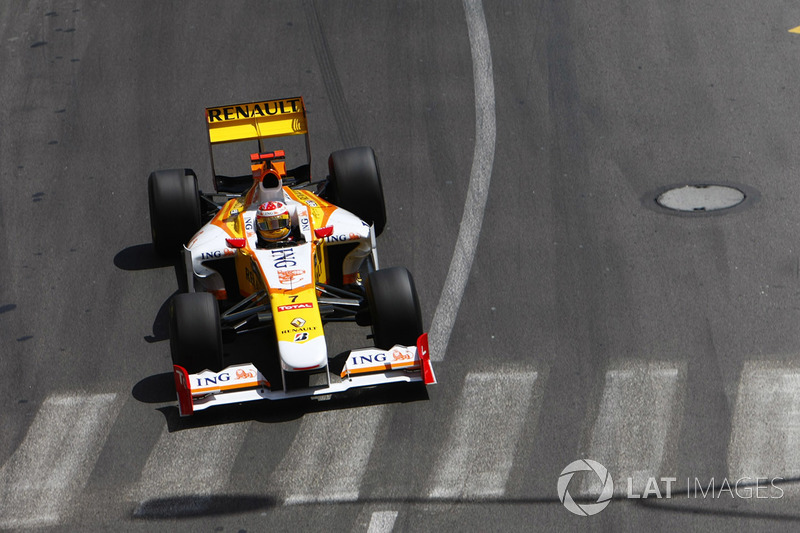 Imagine what Alonso would have done in the Brawn BGP 001? Amusingly, I have since seen our senior Honda source quoted as saying: “Fernando Alonso should have been driving for Nick Fry and Ross Brawn in 2009. If he did, he would be a four-time world champion today.” And I’m inclined to agree – well, certainly to him being a three-time champion, although Jenson Button might have something to say about it!

At any other time, Robert Kubica winning his and BMW-Sauber’s first (and only) grand prix victory – a year after his horrifying crash in Montreal – would have been the main takeaway for me. And it certainly was a great race to witness at first hand, and forming an idea in Bernie Ecclestone’s mind for high-degradation tyres to mimic the changing grip levels of the track breaking apart. Oooh, and I also recall witnessing an angry Bernie slap a journalist’s Dictaphone across the room and shove him over a table, after he’d tried to record a private chat he was having! 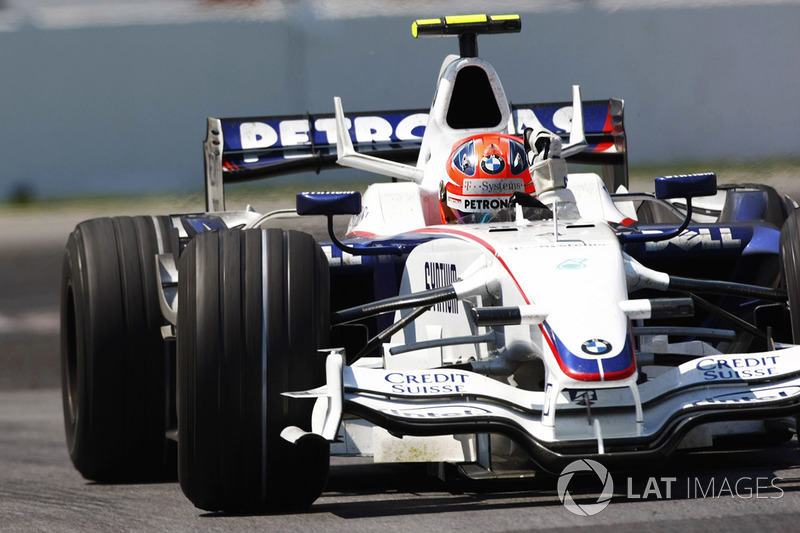 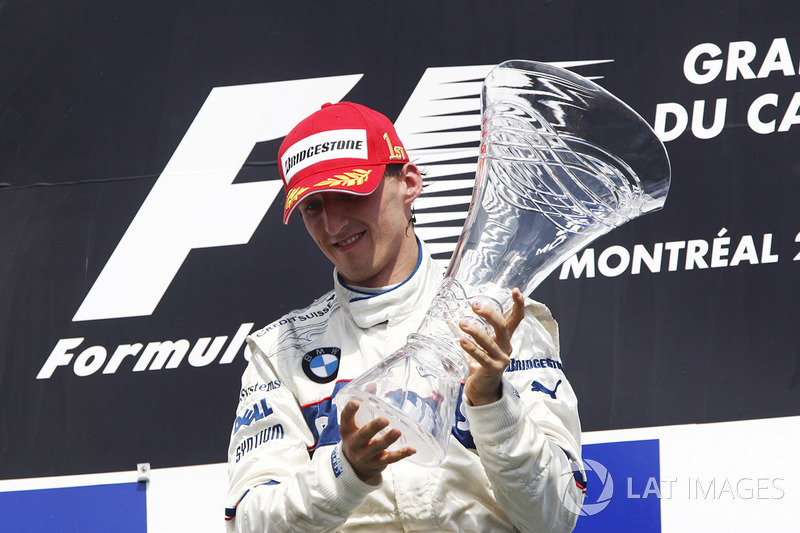 But that’s Formula 1 in a nutshell: what actually happens on track is only part of the real story.