There's no question that the Formula 1 organisation will take a financial battering in 2020, but can it survive even the worst-case scenario of a completely cancelled season?

At the moment it's a theoretical question, as officially there are still 14 races on the schedule. Six other events – all the cancelled/postponed races except Monaco and Australia – are waiting in line for potential new dates.

In his most recent communication, F1 boss Chase Carey suggested that there could still be season of “15-18" races, although as time passes that total is looking less realistic, as it's apparent that a potential start is getting later and later.

It doesn't take a Wall Street analyst to work out what a difficult situation F1 is heading towards. Pretty much all of its contracted income depends on one rather obvious factor: that at least some grand prix weekends actually happen.

In 2020, F1 expected to generate increased overall revenue, thanks to the 22nd race. Now it's in a situation where every grand prix that doesn't take place represents a loss of $30-50m of income (except Monaco, which doesn't pay).

Those hosting fees have been paid in advance, so there's now a question of whether the money is refunded, or F1 is able to hold onto it as pre-payment for a 2021 race.

Hosting fee losses are a direct result of race cancellations – but as those cancellations mount, other revenue streams will be hit. Broadcasters have paid to show a full season, and as the race total shrinks so they will find themselves compromised in their dealings with their own advertisers and subscribers.

It's understood that should the race total fall below 15 – co-incidentally or not the minimum number floated most recently by Carey – broadcasters will start to receive a partial refund, on a sliding scale. It follows that if the whole season is ultimately lost, they can hardly be expected to pay when they had nothing to show. 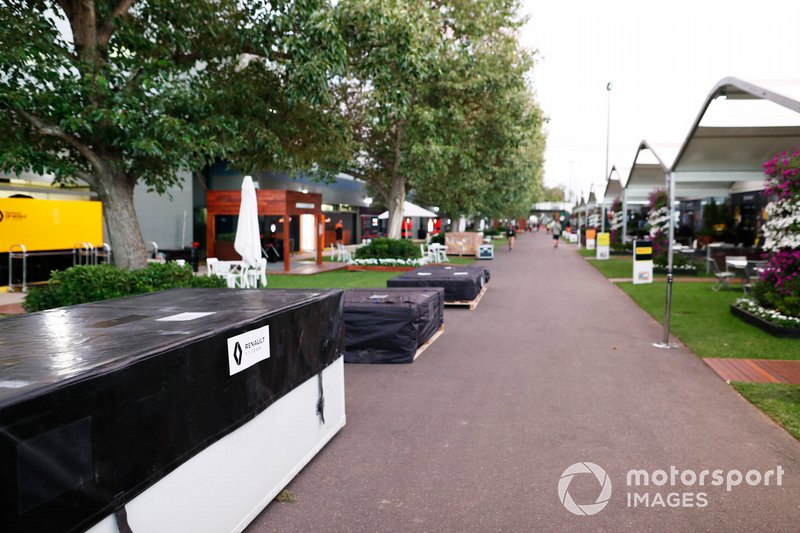 Renault packing crates in the paddock

It is not known what sort of cancellation provisions are in F1's main sponsorship deals with the likes of Heineken, DHL and Emirates. After all, who could predict that a season could be totally wiped out?

However, as with broadcasters, they can't be expected to pay full whack if they are not able to promote their brands via a full race schedule.

So what are the commercial prospects for F1 as its 2020 calendar gradually shrinks – and what does the wider financial world think?

An intriguing guide is provided by Moody's Investors Service, one of the most respected credit rating agencies and providers of financial information. Despite the difficult circumstances, and with a few provisos, it believes that F1 does have the ability to navigate the storm.

When Moody's analysts review a company's performance, they weigh up the positives and the negatives, or essentially the risks, and come up with an assessment of where the financial performance going.

In a report issued on Thursday, Moody's gave F1 – or officially the holding company Alpha Topco Ltd – a "B2" debt rating, or one that involves some risk. It added that "the outlook has been changed to negative from positive".

"The combined credit effects of these developments are unprecedented and has adversely affected F1 due to disruptions to the race calendar."

Moody's also made it clear that the true picture will depend on how many races are eventually run.

"It is not possible to predict the outcome of the 2020 season at this stage, with a range of possible outcomes from a modest curtailment to around 15-18 races to a full cancellation of the season."

Summing up the impact, Moody's had "expectations for weakened earnings and cash flow generation, higher leverage and liquidity erosion in 2020 as a result of this disruption to the race calendar". 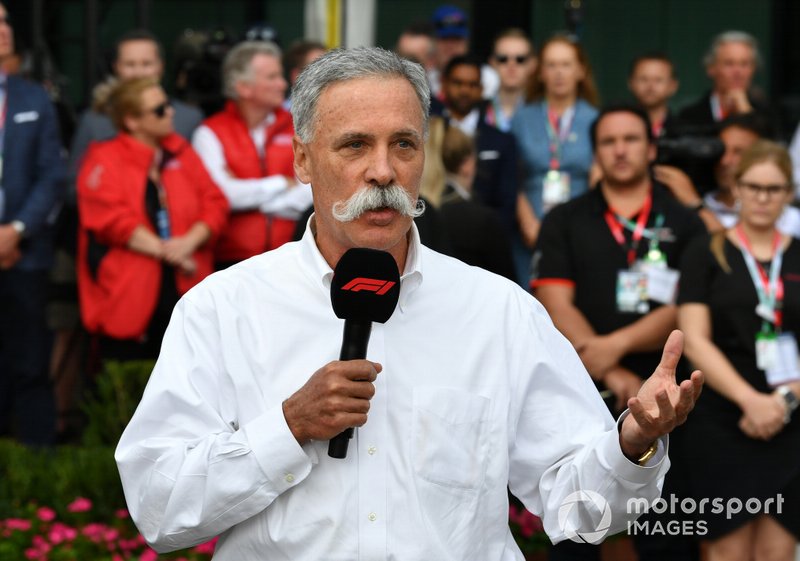 In layman's terms, F1 is expected to have to dig deep into its savings and borrow more to be able to get through 2020.

Moody's also points out that, even without COVID-19, F1 faces a number of challenges in 2020, including the need to conclude a Concorde Agreement for 2021 and beyond, and the fact that an unusually large number of key broadcasting deals happen to expire at the end of this year.

"Moody's does not expect a renewed Concorde Agreement to result in a less favourable economic outcome for the company. Nevertheless there remains a degree of execution risk until a new agreement is signed."

It further cautions that "a downgrade could occur if a renewed Concorde Agreement is negotiated with materially adverse terms for the company, such as a higher total prize fund paid to the teams (when measured as a percentage of [earnings] before team payments)".

It all sounds a bit precarious, but then companies worldwide, in all sports of businesses, are in equally challenging positions.

Crucially, Moody's sees light at the end of the tunnel for F1. Even if the 2020 season is lost completely, and thus income is wiped out, its analysts believe that the company has the ability to recover in 2021 and beyond – assuming of course that the calendar is back to normal and that the Concorde is signed.

Moody's sums up F1's inherent strengths as "the company's cost flexibility, low capital spending and strong liquidity headroom to manage through severe downside scenarios including full cancellation of the 2020 season," along with "the resilient nature of the company's cash flows driven by multi-year contracts and the strength of the F1 franchise supporting recovery of business and financial performance after the coronavirus crisis".

In essence, Moody's believes that F1 brand is big enough and it has access to enough cash to ride the storm of 2020, even if all the races are lost.

"F1 has strong liquidity and a sufficiently flexible cost base to manage through a severely curtailed 2020 season, which Moody's consider would likely be able to support a full cancellation.

"Moody's expects this to be sufficient to absorb cash outflows from potential refunds of advance payments from promoters, sponsors and broadcasters, team payments, other overheads and interest costs in the event that the 2020 season is cancelled."

It qualifies its judgement on the availability of funding thus: "The assessment of liquidity headroom in a full cancellation scenario is complex and there remains a degree of risk that liquidity would not be sufficient, although Moody's considers this risk to be low. 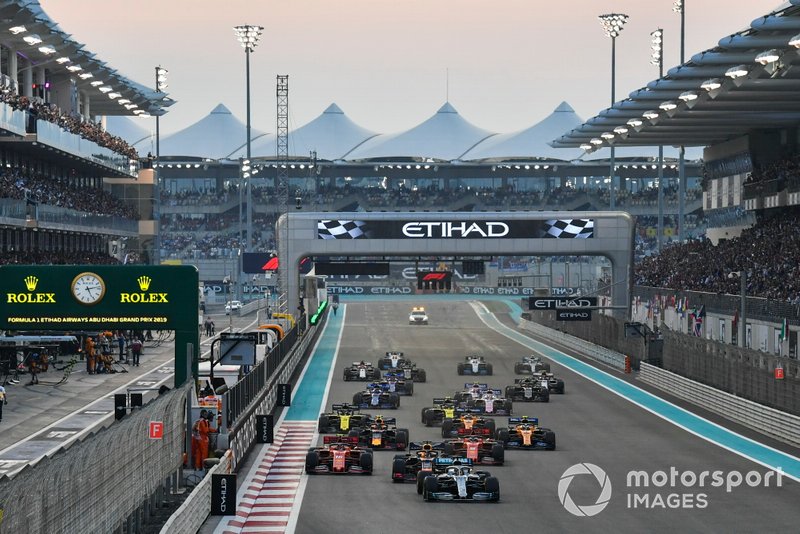 "The company may also be able to draw on support from its owner, Liberty Media Corporation, which currently has substantial available resources."

It warns that there could be an issue with leverage – essentially the debt to earnings ratio that F1 is allowed to operate within – but judges that that the problem could be overcome if the lenders involved agree.

"There is a relatively high probability that the company will breach its leverage covenant in 2020 which applies when the revolving credit facility (RCF) is drawn or available.

"The terms of the senior secured facilities permit the leverage covenant to be amended or waived by the requisite proportion of the RCF lenders."

Expanding on that, it says: "This is a secondary consideration behind management of the disruption caused by the coronavirus in 2020 and future financial targets may alter.

That sounds positive, although Moody's stresses that its assessment could be downgraded if F1 doesn't keep that crucial leverage figure under control once the crisis ends, and it points out that "challenges remain to improve the company's balance sheet after 2020 in the context of a potentially weaker economic environment."

Nevertheless, the overall conclusion is that F1 can make it through 2020 in once piece. It is after all a unique business, with a successful history and an unusual structure.

Its biggest annual costs are the payments to teams, and as the income dives towards zero, so that payment total shrinks. And while there is now a much larger ongoing wage bill than in Bernie Ecclestone's day, costs related to the races – such as transport and travel – will be also be significantly reduced.

In addition, the majority of the race, TV and sponsor deals are in place for 2021, so in theory that longer-term income is guaranteed.

"The company might face some revenue challenge in 2021 due to the timing of TV contract renewals, as well as a weak macroeconomic backdrop.

"However the strength and attractiveness of the F1 franchise provides some protection in the context of wider broadcasting market challenges."

The other side of the story involves the teams: Will all 10 survive the rigours of 2020 and be in a position sign up for the new Concorde? If they don't, then F1's hand will be substantially weakened. 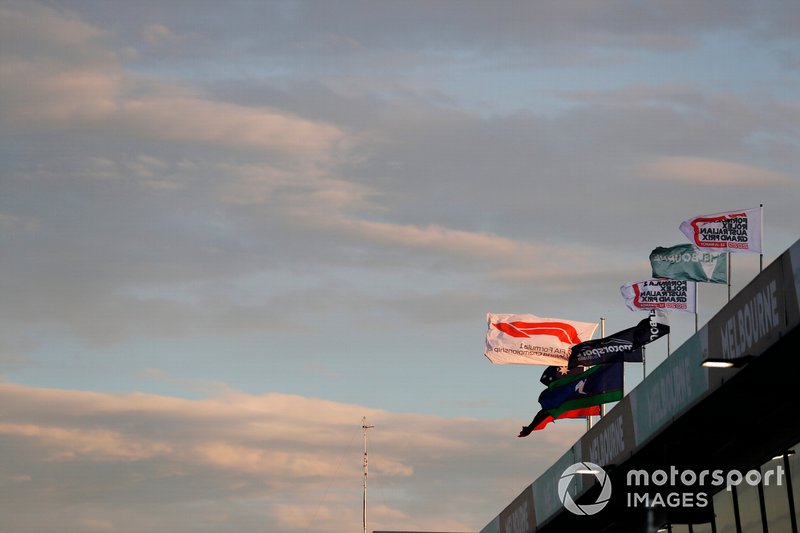 The sun rises over the paddock.