Formula 1 teams will need to carry "a lot more" spare front wings in 2019 as a result of the regulation changes introduced this year, according to Racing Point technical director Andrew Green. 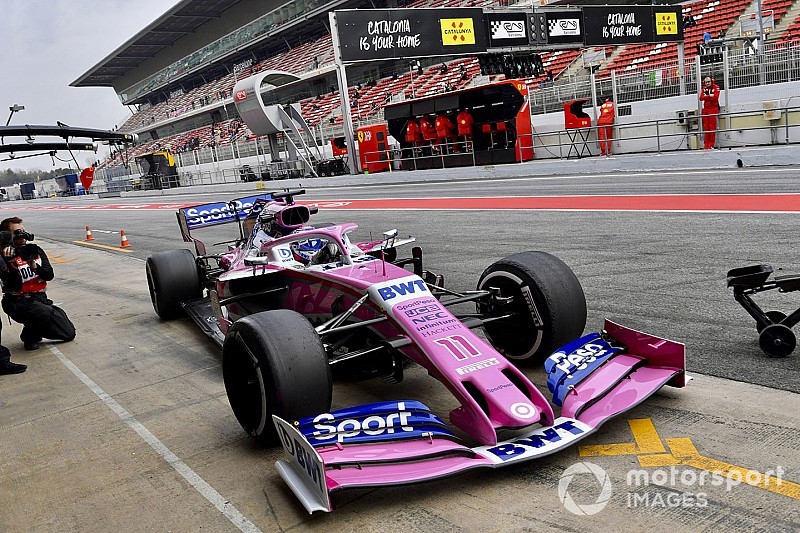 The front wing is one of the car design areas that has been revised for 2019, in an attempt to allow cars to follow each other more easily, thus boosting the chances of overtaking.

Apart from having fewer elements, this year's front wings are wider, having gone from 1800mm to 2000mm in width.

The increased size means the wings are now more exposed and therefore could be damaged more easily than in the past.

That will translate into teams having to take several more spares to grand prix weekends, according to Green.

"Normally we would look at bringing five wings to a race," he said. "I think we are going to be up to seven to nine.

"We'll see how it goes, obviously if we start going through them quite quick we might have to have more than that."

"Budget-wise it's probably the same because they are definitely easier and cheaper to manufacture.

"So we're going to end up carrying a lot more wings in spares, a lot more."

Green reckons drivers will need to be more cautious at the start of this year's races in order to avoid losing parts of the wing when running close to other cars.

"They are a lot wider, a lot more susceptible to damage," Green said. "We are already taking the bottoms off over kerbs and we're not really pushing them very hard.

"The drivers are going to have to be pretty wary of them going into Turn 1 on the first lap."

Where next for Williams after failed Lowe gamble?